This is becoming more important as building developments increasingly occur within congested city locales. New methods offer the ability to prefabricate and program how sections are sequenced to arrive onsite, helping to cut through in-transit traffic and onsite storage congestion as fewer truck movements are necessary. The steel industry is also at the forefront of helping to guide the application of modular construction, with the Australian Steel Institute (ASI) representing the complete national steel supply chain as a principal partner on the newly formed Modular Construction Codes Board, to develop the nation’s first industry code of practice governing modular construction in Australia. With an increasing number of modular buildings being erected, this is a timely development. A first for the Australian construction industry, the Board also comprises Monash University, Engineers Australia and the Victorian Government as principal partners, and has also united fiercely competitive companies such as Brookfield Multiplex, Lendlease, Lang O’Rourke and Arup to develop a Best Practice approach. Currently, there is no industry code or standard governing modular construction in Australia.

A prefabricated steel-based approach proved a winner for a major redevelopment at the Women’s and Children’s Hospital (WCH) in Adelaide, within a work site effectively boxed in on all four sides and enabling the original floor underneath to keep operating.

The lengths of the steel members delivered were determined during the design phase. Full length columns were spliced before the roof structure to allow shop drafting to be completed and to prevent any hold ups, enabling the two new floors to be shop drawn, fabricated and erected as the roof structure was being shop drawn.

Detailed planning helped ensure only the required items were delivered to site, in order to work around the restrictive site conditions. 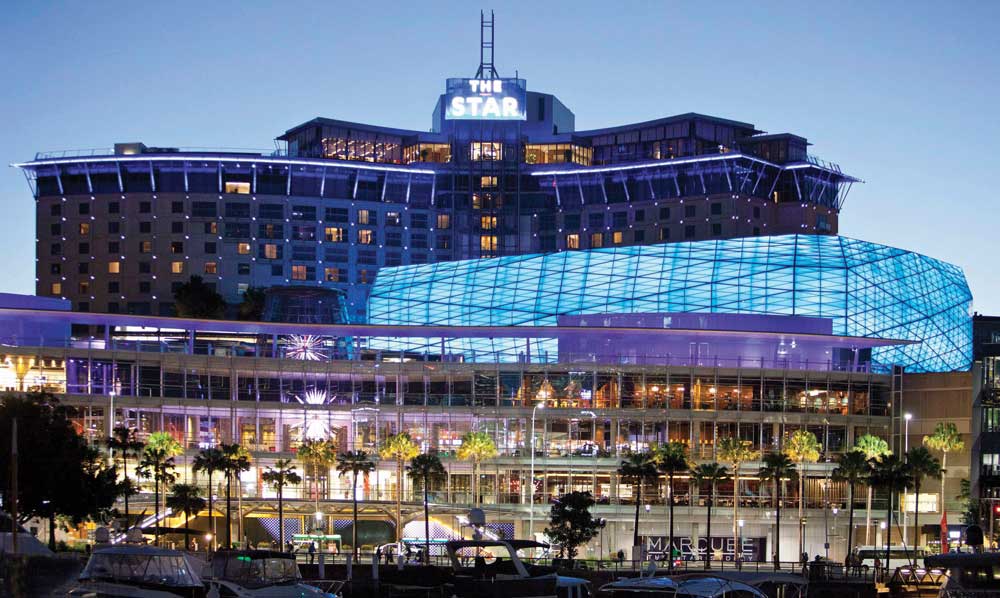 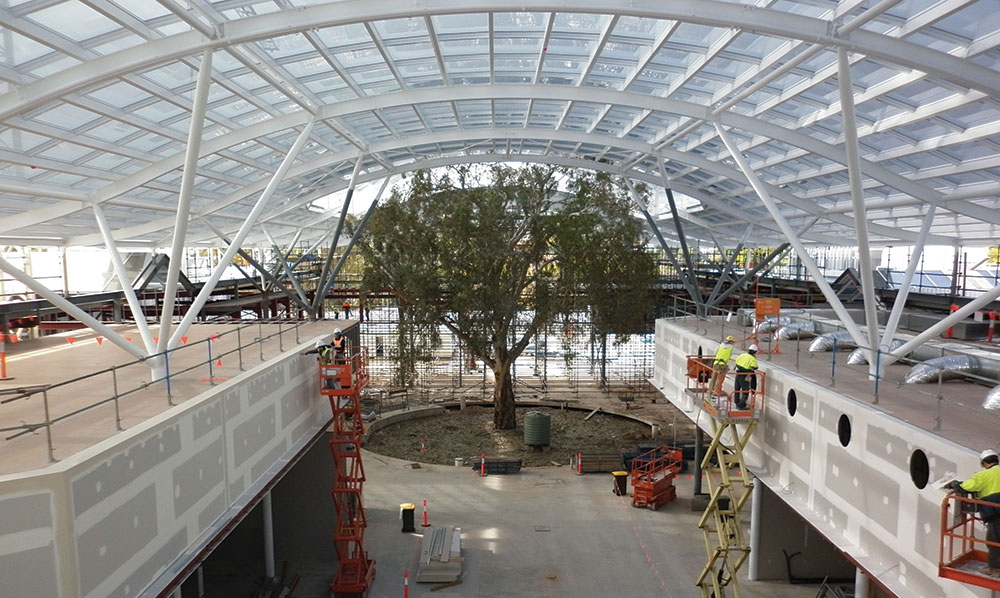 The ability to pre-fabricate structural steel allowed the expansion of the Burnside Village shopping centre in the same city to be undertaken, in order to readily incorporate preservation of an 18-metre high, 100-year-old river red gum listed with the local authority as a significant environmental feature. The structural steel design lent itself to the construction of individual building pods. There were seven pods in total, five encompassing the main building works and two associated with the main roof structure.

Elsewhere, a steeli-ntensive approach allowed a new entertainment facility with capacity for thousands to be built on top of The Star casino near Sydney Harbour, on a site hemmed in by a working casino floor below and adjacent structures such as the hotel, hotel pool, fly tower/plant room, terrace void and glass cone. The tight work site limited suitable laydown areas, materials handling and trades’ access to the site.

A report by the project’s engineers Taylor Thomson Whitting identified the steelwork erection sequence as a vital consideration in the design, along with prefabricating elements such as trusses off-site, with the size of any prefabricated elements needing to be limited not only for transport but also to be manageable with crane operation onsite. The steel was split up into different phases to be erected sequentially, working around the site constraints and maximising or retaining as much working area as possible. A Robot Structural Analysis model was used to assess the relevant steelwork for each stage. Propping locations were then positioned in the model and analysed to ensure each was stable, adjusted in the model and reanalysed to avoid site constraints and suit the contractor’s requirements in erecting future steelwork.

Speedier construction provides earlier completion and payback commencement and means the builder’s staff can be released earlier for the next project. Steel is fabricated in controlled conditions driven by 3D modelling and CNC equipment, reducing the number of MTIs (medical treatment injuries) and LTIs (lost time injuries) required.

Speedier construction provides earlier completion and payback commencement and means the builder’s staff can be released earlier for the next project. Steel is fabricated in controlled conditions driven by 3D modelling and CNC equipment, reducing the number of MTIs (medical treatment injuries) and LTIs (lost time injuries) required.

Computer modelling before fabrication on computer numerically controlled (CNC) equipment means the components are produced correctly the first time, meaning minimal rework. It is a structurally efficient building material, so buildings are lighter and often foundations can be smaller as a result. Design for standardised bolted connections and repetitive floor plates can also increase speed of construction and garner economies of scale.

Prefabrication and simplicity of bolted connections enabled construction of an office tower on Melbourne’s Bourke Street, high above one of Australia’s busiest railway hubs on a 24metre high deck within the tight windows available on a site whilst under occupation. The components needed to be as large as possible and lightweight, hence steel shells were utilised. Reinforcing and pouring of concrete was completed after the steel shells were erected and made safe outside of occupation time. The individual steel shell components were constructed as single units that could be installed without propping or bracing for extended periods.

As part of the structural design, each component was checked at pivotal stages of construction for ease of transport, partial erection, lifting, concrete pours and final condition. The main structural columns, such as crash barriers to support items like the north entry pavilion and south entry pavilion, also had to be designed to withstand impacts from vehicles besides structural support due to the railway environment. To address this challenge, large fabricated steel plate shells were designed to allow for temporary structural support while also acting as permanent formwork. Adopting steel in the design allowed the crash barriers to be manufactured in the workshop, facilitating all concrete reinforcement to be installed off-site and requiring no propping or form working to take place.

Construction of the world-class 80,000 seat, five-level Perth Stadium was bolstered through optimisation of 52 roof truss elements and builder, Multiplex’s patented ‘cylindrical multi-hinge connection’. This connection facilitated easy onsite erection of large truss sections and made fine adjustment possible by allowing the entire truss to pivot about its fixing point while still on the crane. The revised design reduced mass and sped up construction and the entirety of each roof truss was prefabricated off-site and transported as a single piece. Similarly, the roof elements of the new Perth Arena were broken down into segments, prefabricated and stored off-site whilst the basement was still under construction. Building the roof off the ground floor suspended slab reduced erection and rigging times in terms of access to the structure and temporary propping of elements off the ground floor slab. Time was also saved as the roof structure was able to be built in parallel with the southern superstructure and the northern elevation of the building. Employing this construction methodology took months off the construction program.

Steel buildings inherently lend themselves to structural addition and modification and design can be future proofed for longer life, such as provision of large beam penetrations to accommodate future services.

Steel buildings inherently lend themselves to structural addition and modification and design can be future proofed for longer life, such as provision of large beam penetrations to accommodate future services. This principle can be applied to projects, large or small. For the new home of McCarroll’s Toyota on Sydney’s leafy north shore, the client’s brief required allowance for future expansion of its mezzanine floors. Steel columns proved ideal for this purpose as the new composite floor on steel beams can easily be fixed to existing columns by welding cleats.

Pre-fabricating components can also reduce danger triggers on site, such as crowding from congestion of materials and mass trade worker movements, because it enables the undertaking of substantial work packages in more controlled workshop environments. The ASI and Multiplex are currently well advanced with the development of a ‘Practical guide to safe erection of multi-element steel structures.

The Guide is intended for any person involved with coordinating, fabricating or erecting structural steel, providing implementation tools on erection sequence methods and consultation processes and undertaking risk planning workshops. All of these aspects mean that offsite fabrication facilitates significant improvements in the quality of the Australian built environment.
www.steel.org.au ■ 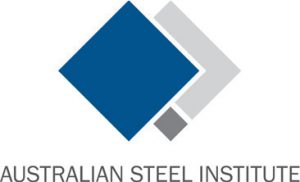