At the epicentre of these modular components is the clear opportunity for those in the AEC (architecture-engineering-construction) industry to more fully familiarise themselves with the various categories and examples of prefabricated modular components.

Although many in the allied building professions already use one or several of these components, the greater the shared awareness of what two dimensional and three dimensional modules are available will translate to better outcomes for the quantitative and qualitative assessment of a building project.

A functional explanation of modular components and 2D prefab can be described as pre-cut, pre-sized, pre-moulded or pre-shaped components that are assembled or installed on site. They often arrive as flat-packed panels or non-volumetric systems and are ready for assembly.

They might form the building envelope, stair cores, internal load bearing walls or lighter partitions. They might be open or closed panel systems, precast concrete panels or other panel types.

Two dimensional prefab is easier to transport, lends itself to mass customisation and has infinite construction options when combined with speed of assembly.

Three dimensional prefab systems comprise three-dimensional structural units that are combined at site with other units or systems, or might comprise an entire small building. They include pods, which are generally not structural modules, such as bathroom or kitchen pods.

They are a fast way to build, as they can be manufactured in conjunction with site preparation.

3D prefab systems can be joined together to create larger spaces and they are increasingly demonstrating their ability to go multi-level. The elements of 3D prefab may be structural elements, architectural elements or services elements, or they may be a hybrid of these.

There are a range of terms which have been used for modular components but fundamentally they can be reduced to five main categories that capture the core descriptions.

1. PANELISED SYSTEMS – 2 DIMENSIONAL
Also regarded as “non-volumetric pre-assembly”.
These are either classified as ‘open’ or ‘closed’ with open panels normally being non-insulated and closed panels being insulated. Enhanced panels are also referred to and these panelised systems have been enhanced beyond the closed state to include windows and doors, services (electrical or plumbing) or other finishes such as external cladding or internal lining.

2. MODULAR OR VOLUMETRIC SYSTEMS – 3 DIMENSIONAL.
This term is used to describe units prefabricated in a factory that enclose usable space that are typically fully finished internally, such as toilet/bathroom pods and plant rooms, which are then installed within or onto a building or structure. Additionally this can include “complete buildings” where the completed useable space forms part of the completed building or structure finished internally (lined) and externally (clad).
These are up to 80–95 per cent complete when they leave the factory.

5. UNITISED WHOLE BUILDINGS:
Whole buildings are standardised building units prefabricated to the highest degree of finish as compared to components, panels, modules, and hybrids. More work is done under a controlled factory environment (with larger building structures), providing the opportunity for the manufacturer to take control of the quality and speed of completion of the final product. However, sometimes their bulk size and weight presents difficulties in transportation from the factory to the building site.■ 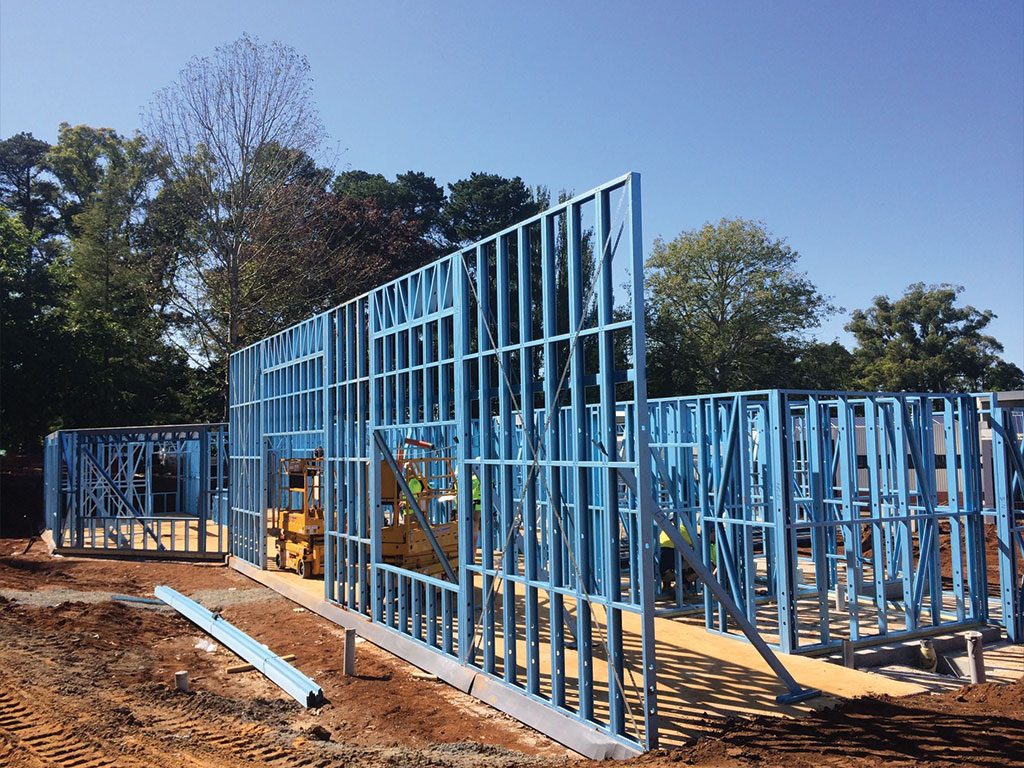 Walls - Uninsulated open panel with first skin only on one side. 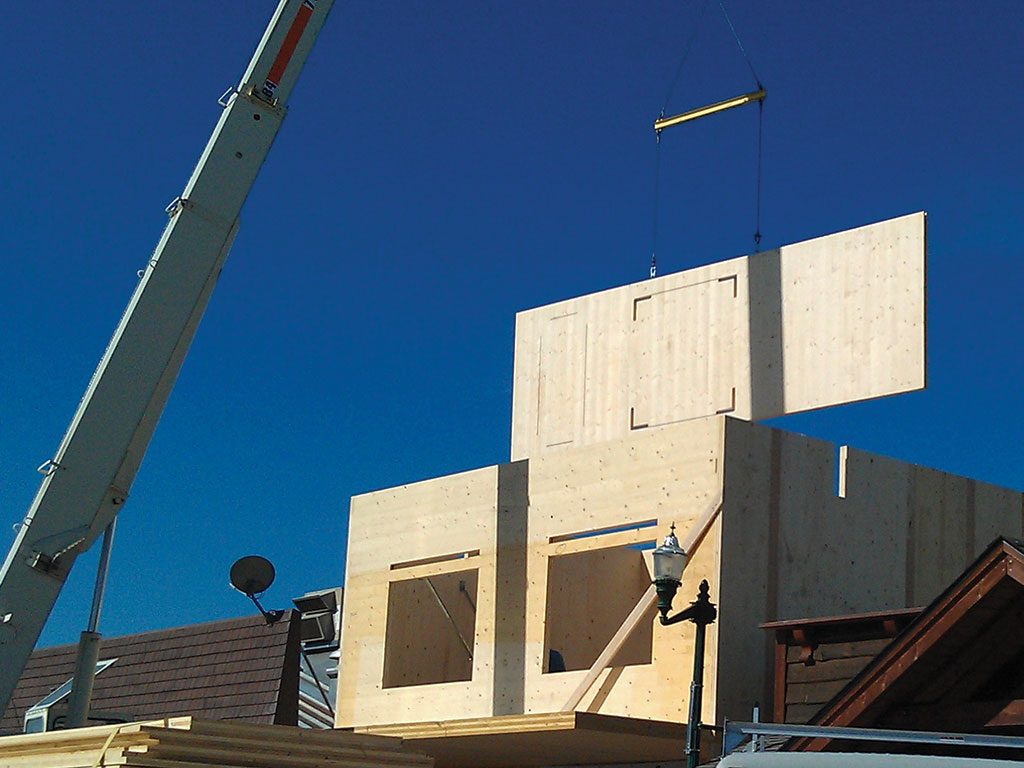 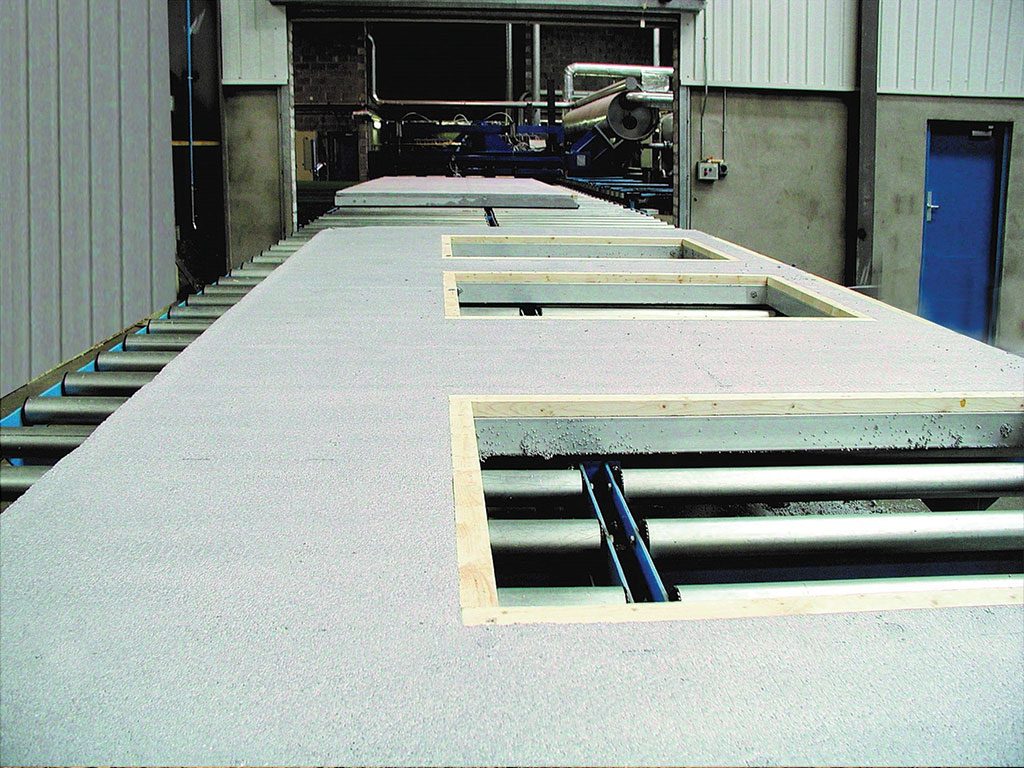 Walls - Insulated closed panel finished on one side (either internally or externally). 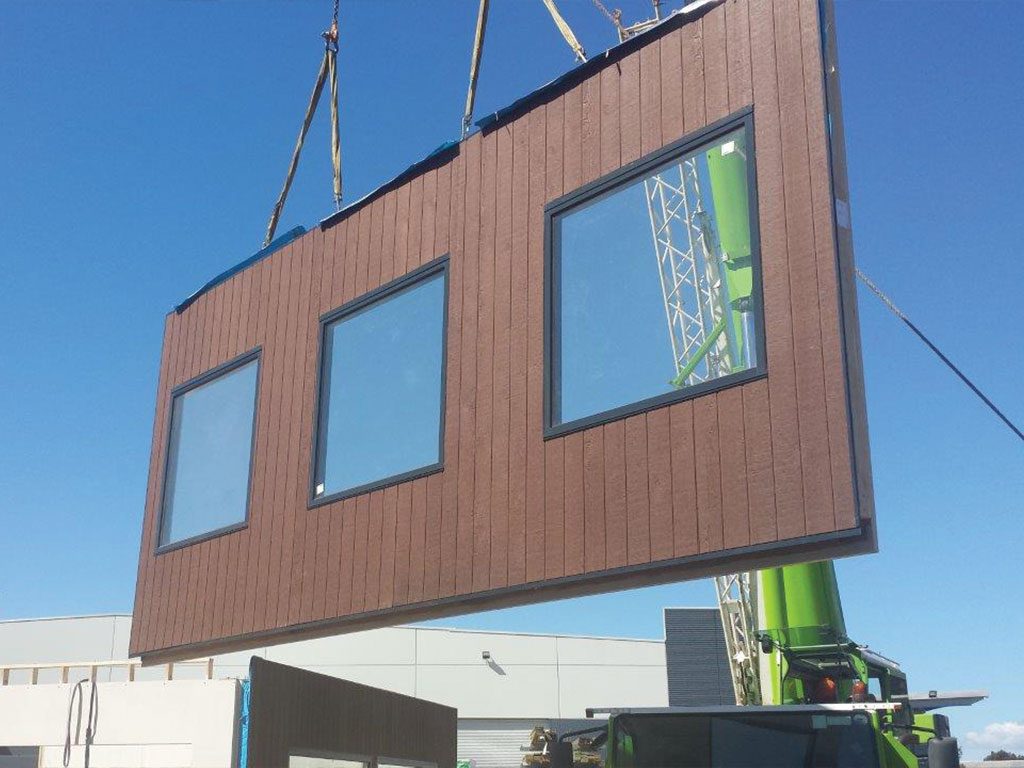 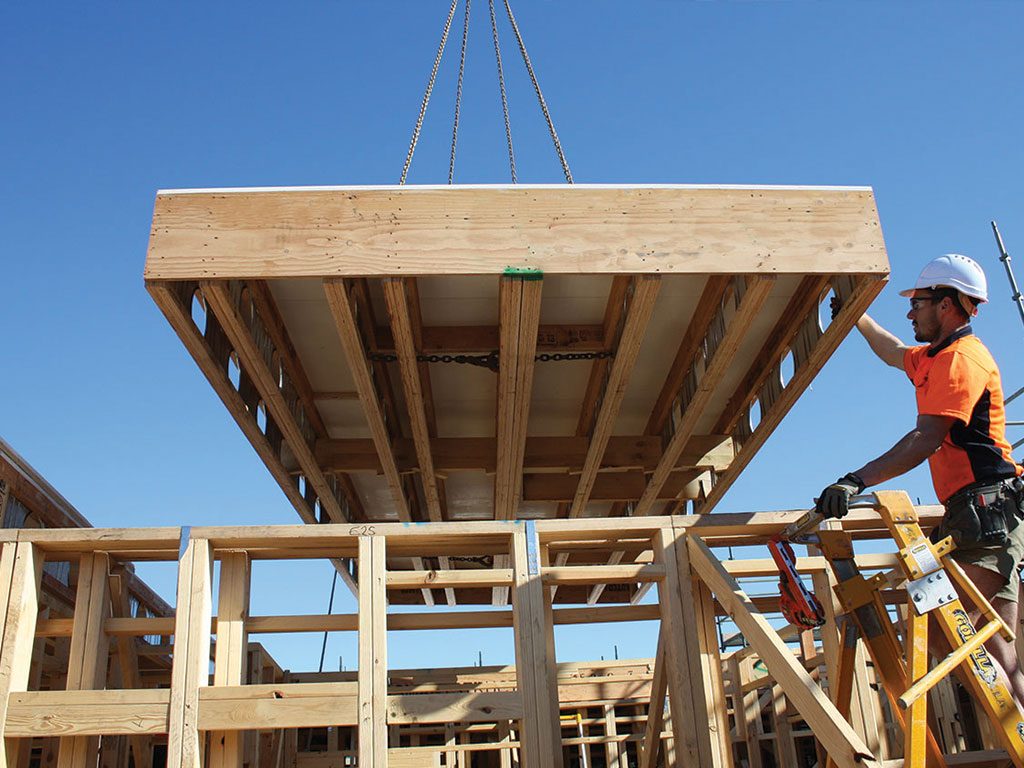 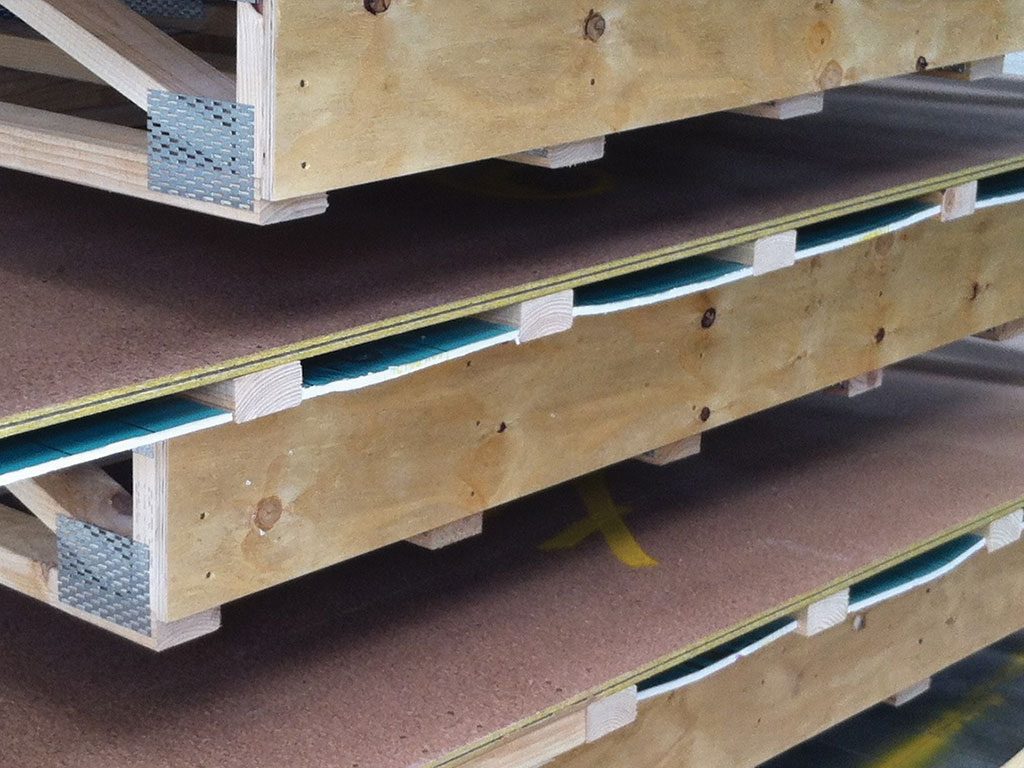 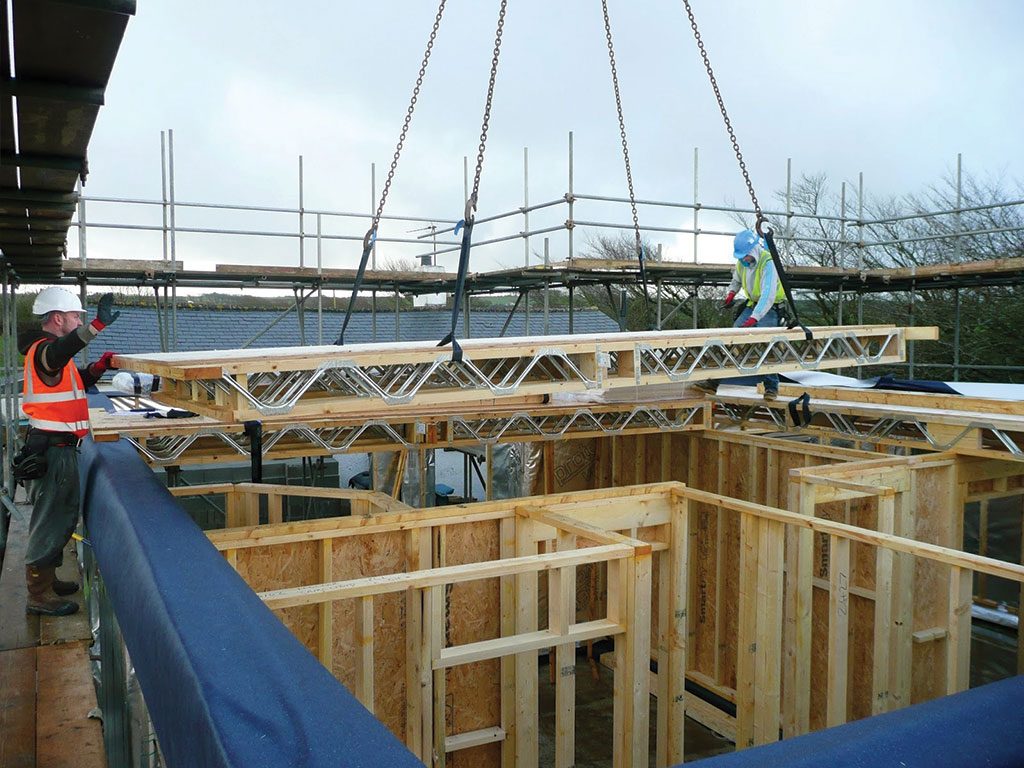 Floors - Insulated floor cassette finished on one side (either upper or lower side). 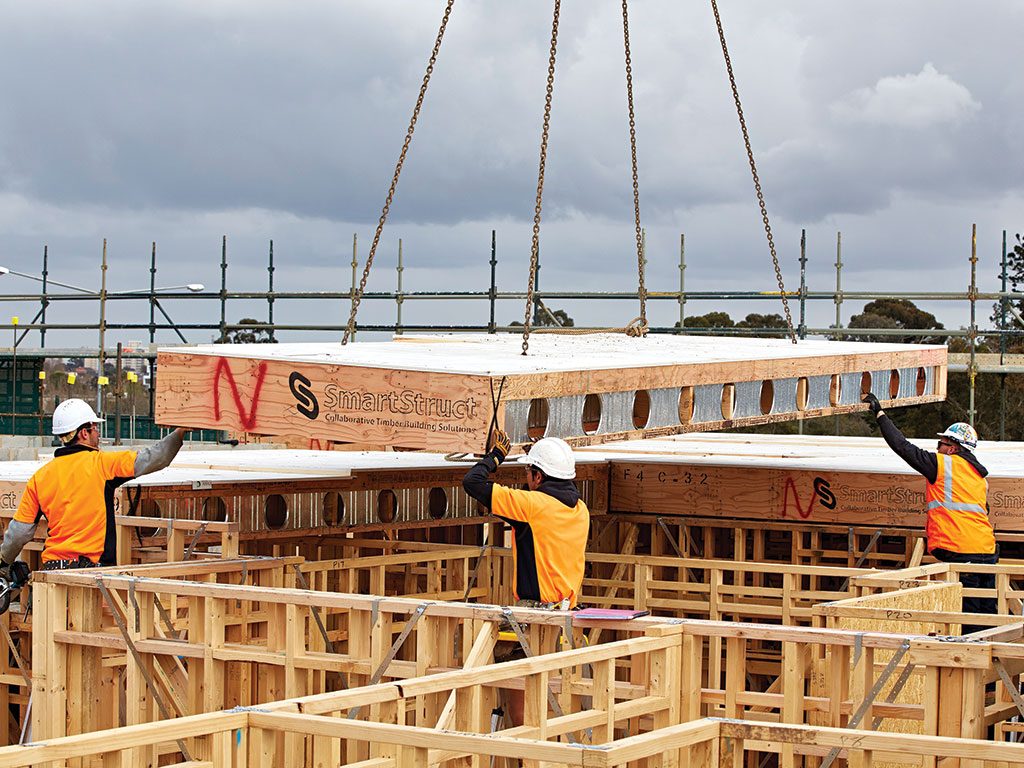 Floors - Insulated floor cassette fully finished on the upper and lower sides, with integration of services, i.e., with electrical and mechanical services. 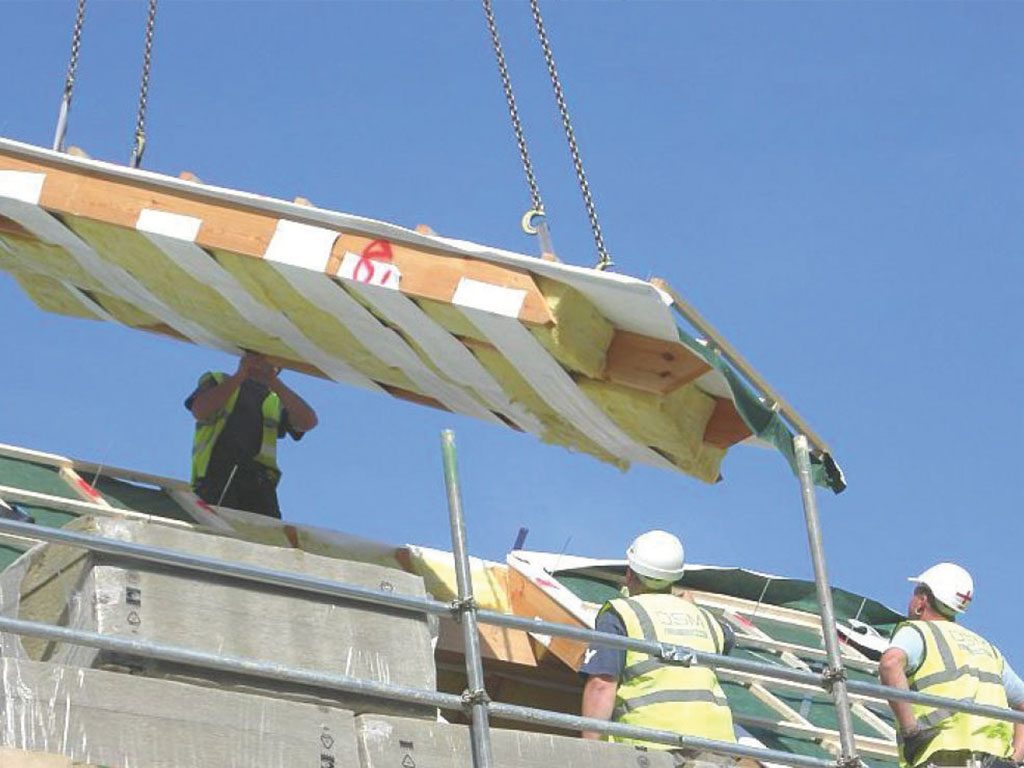 Roofs - Uninsulated open panels with first skin on only one side. 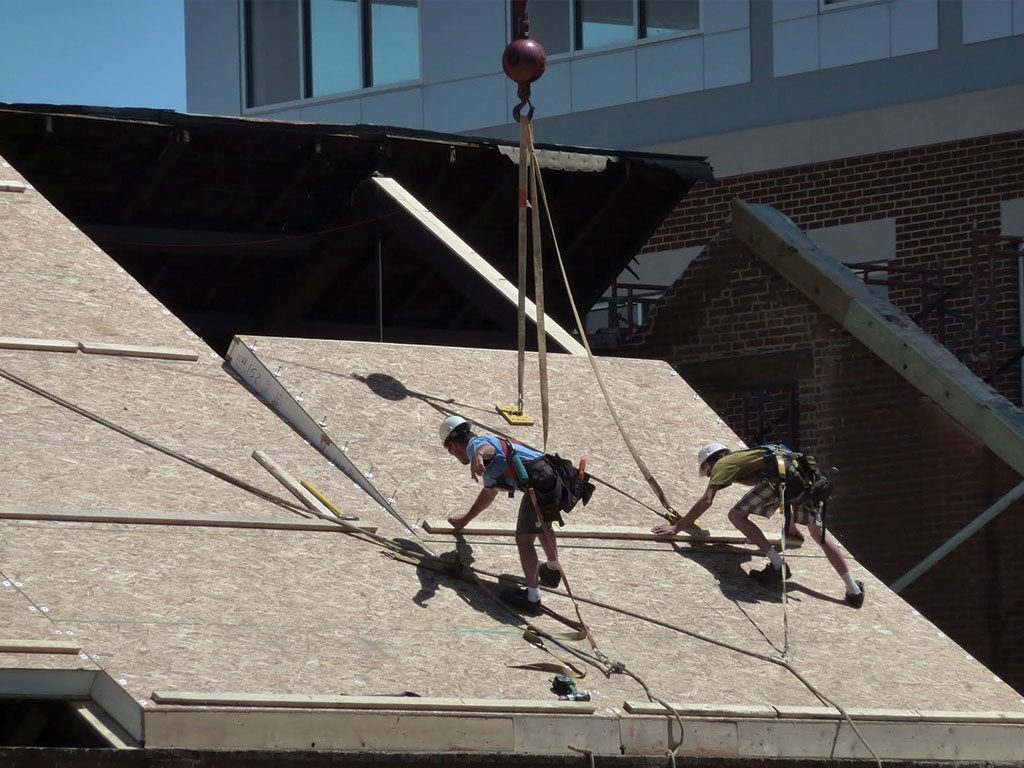 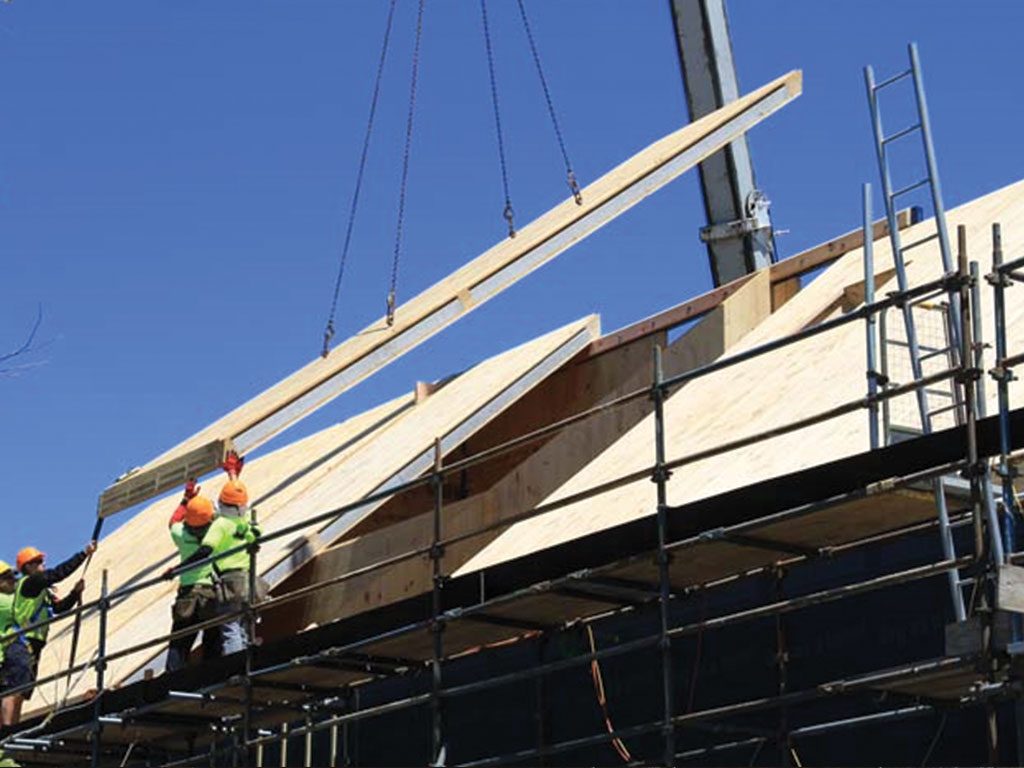 Roofs - Insulated closed panels finished on one side (either internally or externally). 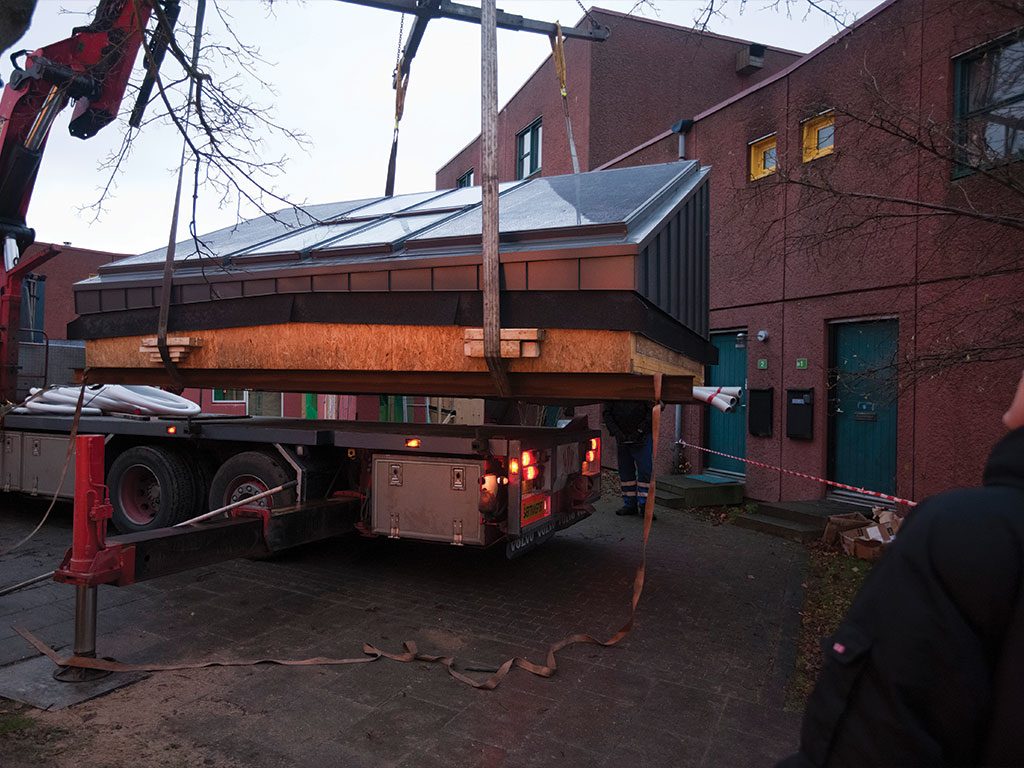 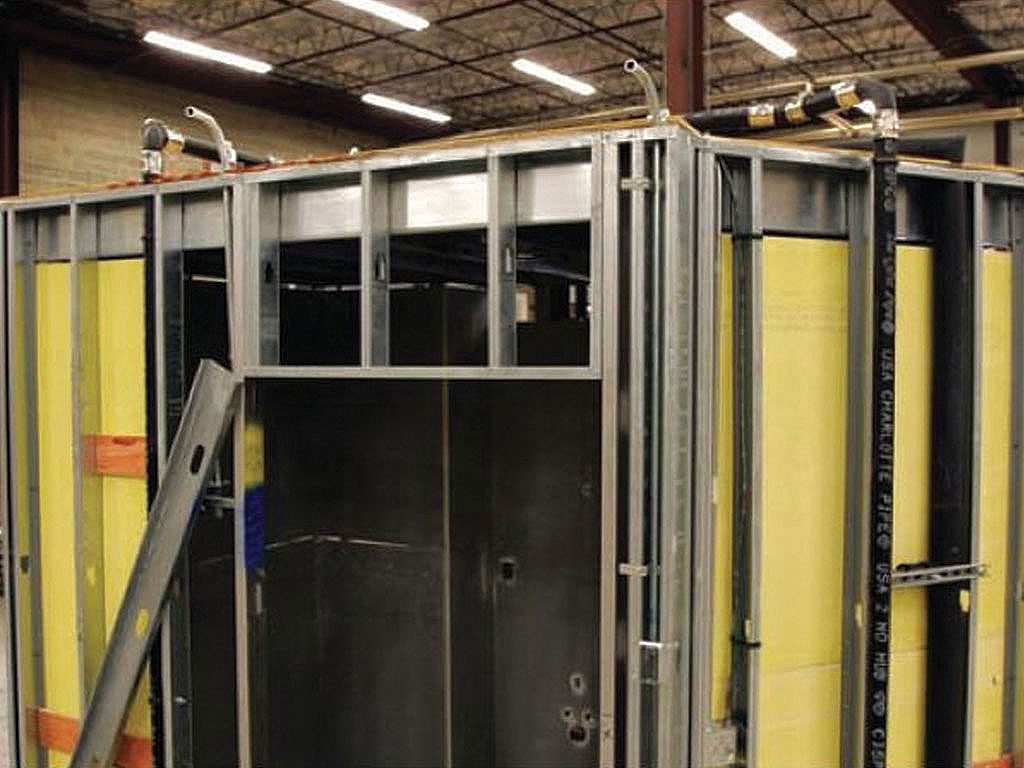 Uninsulated modules whose surfaces have first skin on only one side. 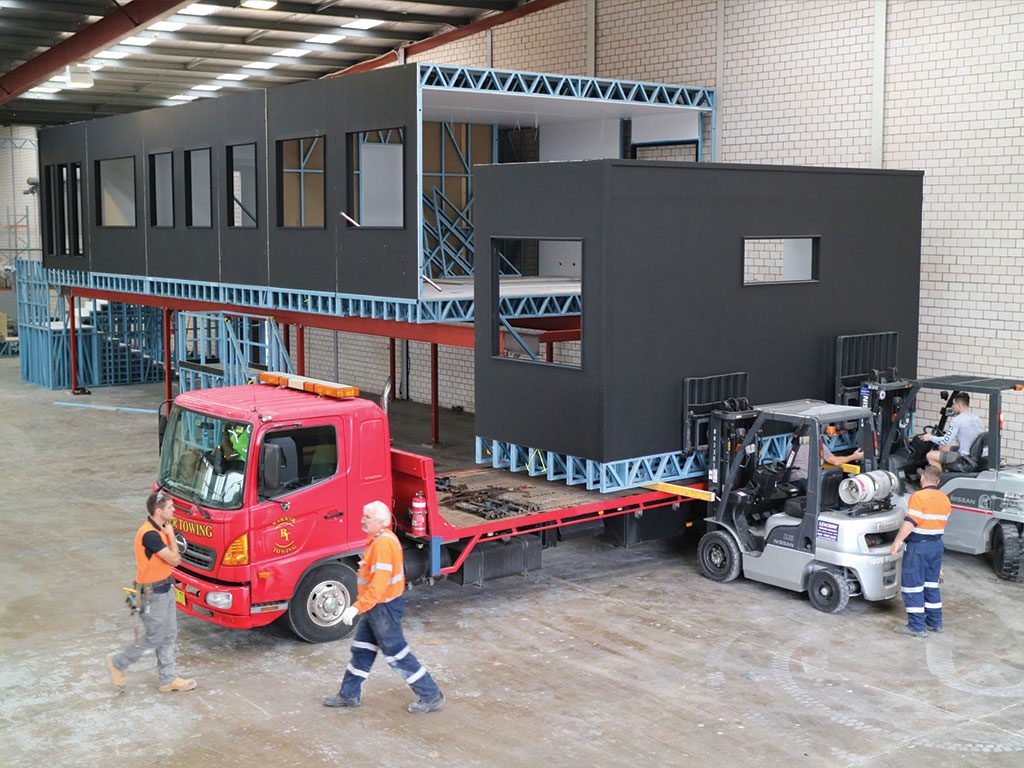 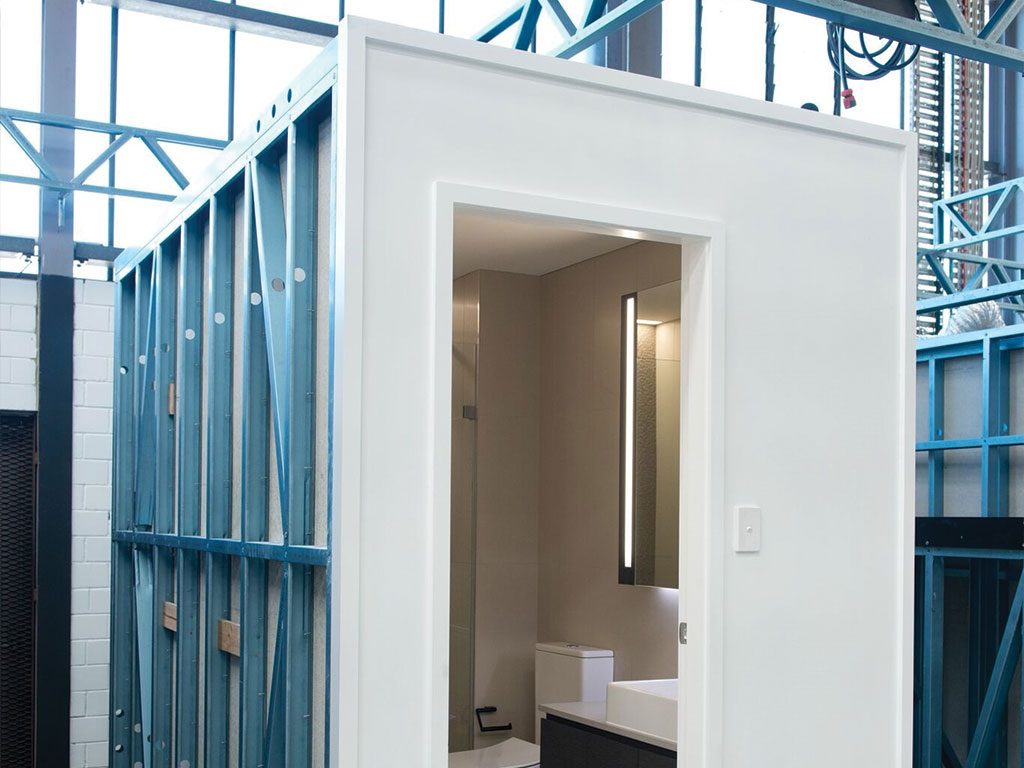 Insulated modules with finished lining on one side (either internally or externally). 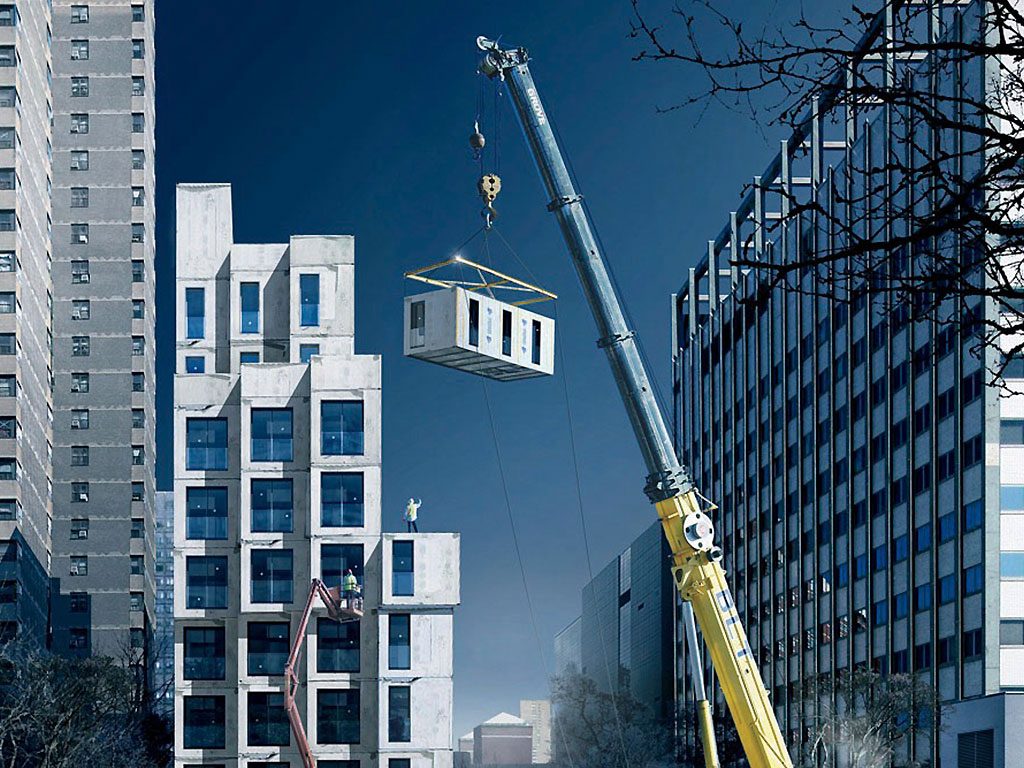 Modules fully finished on all sides with integrated services (i.e., with electrical and mechanical services, windows and doors).