THE LAUNCH OF THE FIRST DRAFT OF THE MODEL CODE FOR THE DESIGN OF MODULAR STRUCTURES REPRESENTS A SIGNIFICANT STEP IN CREATING A TECHNICAL AND REGULATORY FRAMEWORK FOR THE MODULAR CONSTRUCTION SECTOR. BELINDA SMART REPORTS.

With 6 December marking the launch of the first draft of the Model Code for the Design of Modular Structures, the date arguably also represents a pivotal moment in the birth of Australia’s modular construction industry. While the sustainability, cost and build-time gains of modular construction are self-evident to the initiated, the methodology has, for a number of reasons, yet to achieve widespread uptake. The new Model Code of Practice looks set to redress this state of affairs.

TECHNICAL GUIDELINES AND A REGULATORY BENCHMARK

One widely accepted reason behind low uptake of modular construction is the perceived technical complexities and regulatory uncertainties of the prefabricated and modular methodology. The Model Code promises to respond to this challenge by providing comprehensive guidelines for modular construction. Relevant to all stakeholders in the construction sector, from developers to designers, manufacturers, materials suppliers and builders, it is intended to enable them to deliver outcomes to a specified quality while also managing risk and complying with applicable regulations.

Given the strong focus on manufacturing in modular building methodologies, it’s no surprise that a key area of the Model Code covers Design for Manufacture and Assembly (DfMA). An excerpt from the written introduction to the Model Code elaborates:

“In this overarching view, the Designer will consider not just the design of the individual elements and the completed structure composed thereof, but also the design of the assembly process. An increased focus is placed on how the individual parts are to be fabricated and connected as part of the design process, rather than as an after-thought. This is particularly important in Modular Construction, where the design of an individual module will depend sensitively on the requirements of the assembly process (e.g. built-in mechanisms for attaching modules together). Modular Construction should therefore not extend to “modular thinking” (i.e. restricting one’s attention to one module at a time), but rather should consider how the whole completed structure could be sensibly manufactured in modular components. Modular Construction may be held back by the temptation to concentrate too closely on individual modules, and will only make significant inroads in the construction industry when the DfMA philosophy is embraced.” 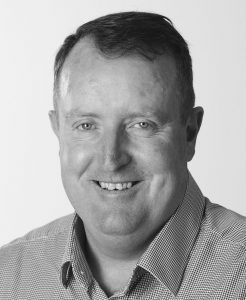 HOW WAS THE MODEL CODE DEVISED AND CONSTRUCTED?

James Murray-Parkes is the instigator and co-founder of the Modular Construction Codes Board (MCCB) based at Monash University. Professor of Practice in the Faculty of Engineering at Monash University and head of the Engineering Innovations Group at Multiplex, Murray-Parkes is widely regarded as a world leader in high load structural connection design.

Clearly qualified for the task at hand, he tells Built Offsite that he began compiling material for the Model Code around three and a half years ago in response to a vacuum of guidelines around modular construction, not just in Australia but the world over.

“I was working on a major project and required a certification solution to provide surety to the client. I looked into it and called my contacts in Australia and around the globe and realised there really wasn’t anything available.”

He took the idea of writing a Model Code to Monash University, secured initial funding and got to work. With access to a structural laboratory and a maths laboratory through his roles at Multiplex and Monash University, he had the resources to start grappling seriously with the project. He also went about securing some of the construction world’s best thinkers to form the Modular Construction Codes Board (MCCB). The names behind the Model Code represent an impressive roll call: Angus McFarlane, Structural Engineering Leader at Laing O’Rourke and the man behind the world’s tallest tower, Burj Khalifa Tower; Brendon McNiven, Principal at Arup; George Konstandakos, former CEO of The National Transport Authority; John Lucchetti – Hydraulic and Fire Protection Section Manager, Principal at Wood & Grieve Engineers; and Dr. Yu Bai, Associate Professor in Structural Engineering at the Department of Civil Engineering of Monash University, who specialises in composite materials and structures and testing.

“I certainly wanted to ensure that we had the best people behind this project,” says Murray-Parkes. “Their combined experience, knowledge and expertise are world-leading, which I felt was critical in terms of providing confidence and surety to the industry.”

With design, safety and quality key drivers behind all aspects of the Model Code, the document draws on existing best practice codes from around the world. It also builds significantly on these however, filling important knowledge gaps in the existing material.

“I certainly wanted to ensure that we had the best people behind this project. Their combined experience, knowledge and expertise are world-leading, which I felt was critical in terms of providing confidence and surety to the industry.”
James Murray-Parkes – co-founder, Modular Construction Codes Board (MCCB).

Just one of the many examples of these gaps, and a striking innovation in terms of what the Model Code will bring to the modular construction field, is the approach to “differential shortening.”

“In essence differential shortening occurs when different materials react to conditions at different rates and in different ways,” Murray-Parkes says. “So for example if you design a tall modular building with concrete elevator cores to which steel sections are attached, the curing time of the concrete and the settling time of the steel are different. If this isn’t prevented or dealt with effectively, the result can be marked structural discrepancies and problems. As part of the Model Code, we’ve created comprehensive tables of formulae that mean a designer of modular components or structures can take differential shortening into account at the inception stage of design.”

“Another of the examples in which we’ve been able to provide really useful knowledge and new data is in enabling accuracy of calculation for progressive collapse of buildings.

This is pertinent in earthquake prone areas and of course unfortunately relevant to many tall buildings today due to the pervasive terrorist threat. Buildings designed to progressively collapse fall in gradually vertical manner, minimising widespread destruction as far as possible.”

“I believe the Model Code encourages creativity because it gives architects the science and hard facts to step outside the box and give new ideas a go.”
James Murray-Parkes

While design principles in terms of correctly engineering and constructing modular buildings, as well as designing effective processes to manufacture modular structures, form the foundation of the entire Model Code, Murray-Parkes believes the aesthetic aspects of design will also be promoted by the document.

“When it comes to the visual appeal of design, that’s something you can’t really encode. That’s a matter of creative flair and we leave that to architects and design professionals. What we’re doing is providing a comprehensive tool kit to all players in the construction cycle, which enables them to reach optimum outcomes. I believe the Model Code encourages creativity because it gives architects the science and hard facts to step outside the box and give new ideas a go.”

Meanwhile the Victorian Government confirms its support for the Model Code.

“With an exceptional network of innovative companies, research centres and people, Victoria is the national leader of new and innovative modular or prefabricated construction technologies.

The development of the Model Code for the Design of Modular Structures draws on the determination, leading edge experience and knowledge of industry experts, providing the basis for further advances in modular manufacturing and construction and improved safety, productivity and quality in industrial practices.

We know the global industry is eager to continually improve and this Code provides an important basis for this to happen.”

The Model Code for the Design of Modular Structures is a collaborative project, prepared with funding and other support from the Department of Economic Development, Jobs, Transport and Resources, within the State Government of Victoria, Australia and a range of industrial and university partners through the Manufacturing Productivity Networks program. It is intended that the Code will be an evolving document to be regularly reviewed by a wide community of technical professionals and organisations, both in Australia and world-wide, facilitated by Monash University and the MCCB.

At the time of writing, the first draft of the Model Code was to be launched on 6 December 2016. Hosted by the Victorian Government, Department of Economic Development, Jobs, Transport and Resources in conjunction with PrefabAUS, the launch event was intended to promote awareness of the project ahead of an industry consultation period in 2017. The timeline for the Model Code’s public release has yet to be established. ■ 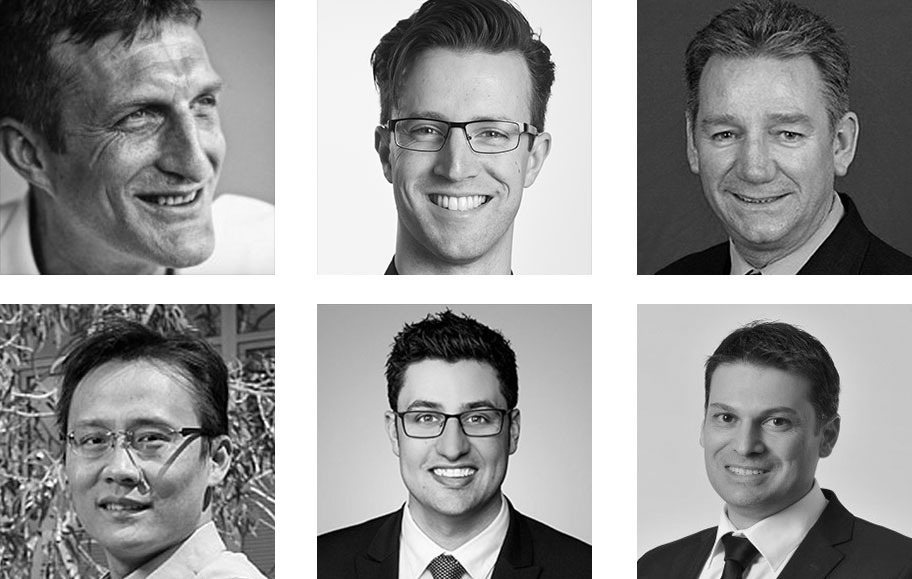