Please turn your device to portrait.
CONTENTS
Subscribe to Built Offsite_Monday
PAGE 32 OF 33
Issue 02
BUILT OFFSITE CONTACT US
OUT OF THE BOX THINKING + ENGINEERING
WOOD: A NATURAL (AND SUSTAINABLE) FIT FOR NZ’S PRE-FAB SECTOR
XLam
Issue 02

WOOD: A NATURAL (AND SUSTAINABLE) FIT FOR NZ’S PRE-FAB SECTOR

PAMELA BELL, CEO OF PREFABNZ, DISCUSSES THE RISE OF DEMAND FOR TIMBER-DERIVED PREFAB PRODUCTS, THE GROWTH OF RELATED INDUSTRY INNOVATORS IN THE NEW ZEALAND MARKET AND THE OUTLOOK FOR “GOOD WOOD” IN 2017 AND BEYOND.

Timber offers a number of benefits; its sustainability, design and performance criteria are in its favour. It is also a renewable resource, stores carbon dioxide, requires low energy for value-add manufacture, and leaves behind residues that can be reused over again.

In New Zealand, it is also plentiful and most importantly part of the traditional construction repertoire. It’s no surprise then that there is now a large amount of interest around innovative wood-derived panel products. These include cross laminated timber (CLT), structural insulated panels (SIPs) and reconstituted timber panels (Metra + Triboard), as well as engineered timber structural elements such as glue-laminated timber (glulam) and laminated veneer lumber (LVL).

Local interest ties in with a global fixation on ‘tall wood’ emanating from Australasia, Canada, Germany / Austria and Scandinavian countries. At the 2016 Modular Offsite Construction event in Edmonton, Alberta, Canada, the most riveting presentations were on Brock Commons at the University of British Columbia. The student residence is made of 17 storeys of mass timber (CLT floors with glulam columns) atop a concrete podium, serviced by two concrete stairwells.

The estimated avoided and sequestered greenhouse gases from the wood used in the Brock Commons building is equivalent to removing 511 cars off the road for a year. The total carbon dioxide equivalent avoided by using wood products over other materials in the building is more than 2,432 metric tonnes. NZ companies such as Tall Wood, XLam, Timberlab, Nelson Pine and CHH Woodproducts are leading the way in designing, project managing, and manufacturing with these engineered timber products. 2017 is shaping up to be the year of ‘good wood’, with several multi-storey timber buildings coming on stream from Auckland in the north to Queenstown in the south. Auckland projects will be profiled and visited as part of PrefabNZ’s CoLab event from 21-22 March 2017.

Concision’s Weinmann manufacturing systems are designed, specified, installed and maintained by W&R Jack Ltd (“Jacks”). Often unsung and unseen, the company is the behind-the-scenes primary supplier to the joinery and solid timber processing industries in NZ for cutting, routing, planing, pressing, sanding or drilling. The technology for offsite manufacture with wood is in areas Jacks has been selling and servicing for over 70 years. Moving into the prefabrication space was a natural progression.

“Timber offers a number of benefits; its sustainability, design and performance criteria are in its favour. It is also a renewable resource, stores carbon dioxide, requires low energy for value-add manufacture, and leaves behind residues that can be reused over again.” Pamela Bell, CEO of PrefabNZ.

Founded by Wilson and Rob Jack in 1946, the company has been run by Rob’s son Robin Jack since the 1980s. As well as managing Jacks, Robin’s been busy establishing Homag Australia (local suppliers of Weinmann equipment) and co-founding the XLam CLT factory in Nelson alongside his brother, architect Ian Jack. It was the first plant of its kind in the southern hemisphere.

With the Jack family name synonymous with wood in NZ, it should be no surprise that the family connection continues, with Robin’s son Richard heading up the Offsite Manufacturing division at Jacks today. With a statistician background, when he’s not working on prospective prefabrication concepts around NZ, he can be found putting his CNC software and practical woodworking skills to good use manufacturing skis.

Richard believes that panelisation is just hitting its stride in New Zealand, with increasing emphasis on medium density housing and higher quality built outcomes, especially in the booming Auckland market. His favourite three projects are engineered timber exemplars in his home of Christchurch, a city which is still rebuilding following the devastating 2010-11 earthquakes.

Mount Pleasant Community Centre
By CMA+U, Makers of Architecture + Leighs Construction, this community-driven project features over 300 cross-banded LVL triangular billets that were fabricated direct from the CAD file using a CNC bridge to an accuracy of 4mm over a 28 metre building width. The structure is incredibly efficient, using the strength of wood to deliver a lightweight, seismically resistant structure.

Salvation Army in Ferry Road
By HQ Design, Gavin Robertson, and Kevin Parkes, this light commercial building demonstrates that CLT and prefabrication can deliver practical solutions that compete effectively in the mass market where concrete and steel traditionally dominate.

Alpine Abode
By Welhaus, this innovative house project was watertight in just two days using engineered timber wall panels with CLT flooring, plus it achieved a 6+ Homestar sustainability rating. It’s a great example of spreading the cost of excellent design and engineering over several builds. 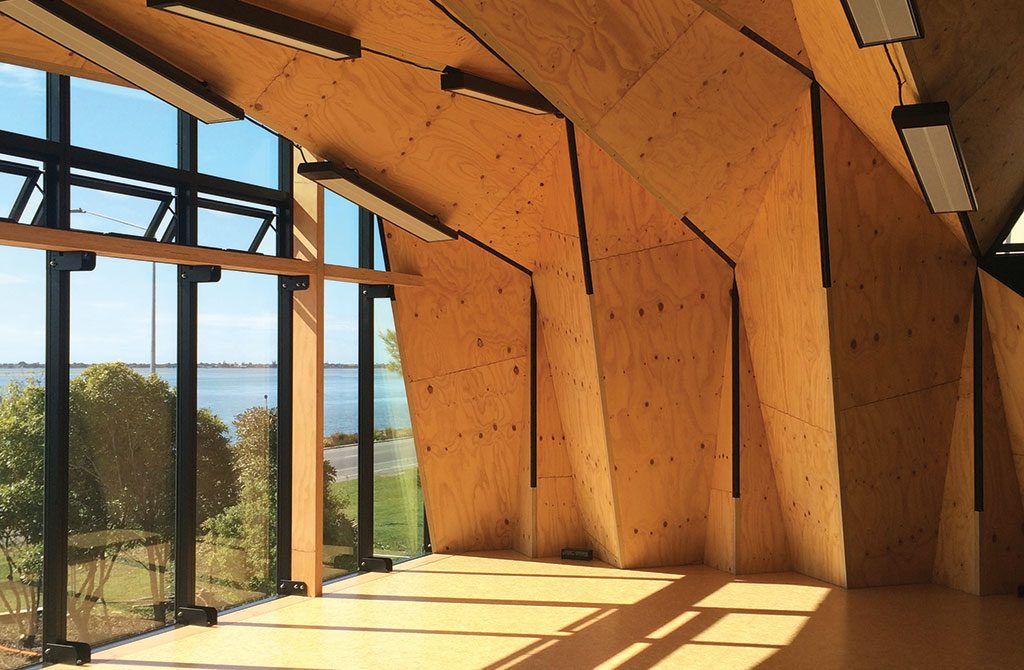 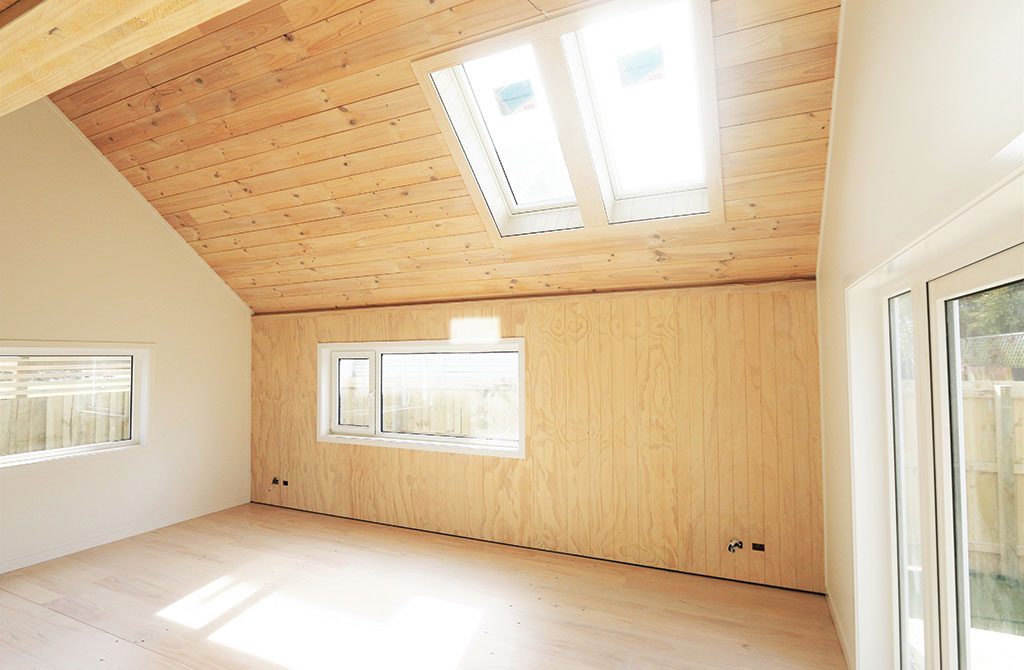 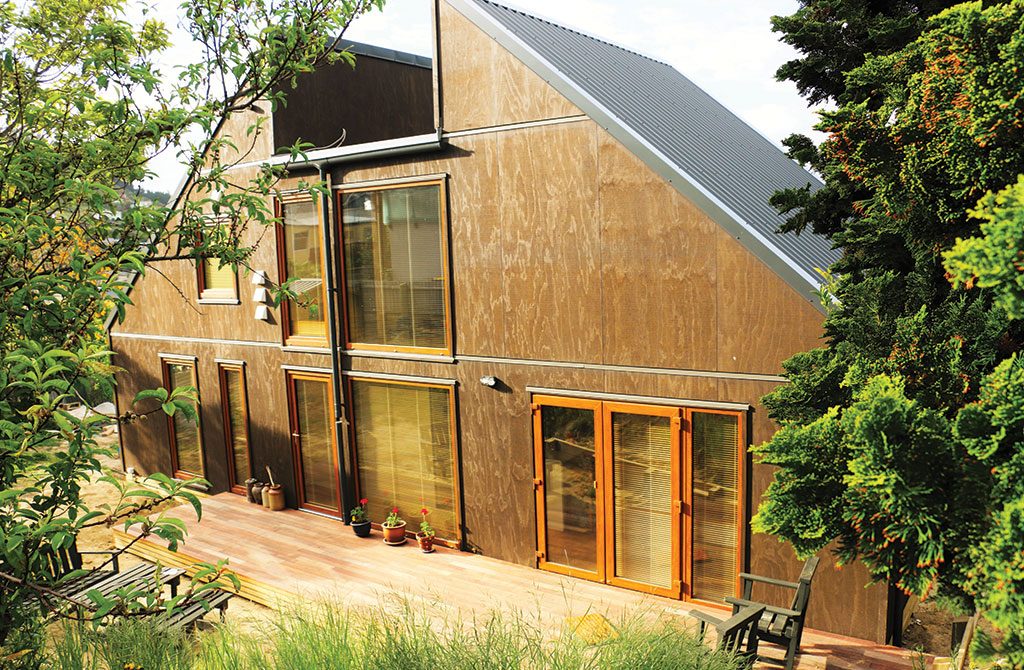 LOOKING AHEAD: 2017 AND BEYOND

Looking ahead to the next chapter of offsite timber related construction, Richard Jack sees opportunities in several areas:

Richard believes 2017 is likely to plug the gap in what’s missing at the end of 2016, volume of supply. The number of manufacturers at the bleeding edge in each region means that it is now easier for ‘first followers’ to tread in their footsteps.

Finally, he hopes that 2017 will see continued headway into the current skills shortages in engineered timber solutions, from architects and detailers through to plant operators and assembly crews.

In this light it’s worth noting that New Zealand and Australia have the potential to collaborate through shared knowledge exchange and a relationship between New Zealand’s emerging built environment innovation centre and Australia’s newly-established Centre for Advanced Manufacturing of Prefabricated Housing (CAMP.H). ■