WITH A DATE NOW SET FOR THE RELEASE OF THE NEW MODEL CODE FOR THE DESIGN OF MODULAR STRUCTURES, DR BEN FORBES, DIRECTOR, MODULAR CONSTRUCTION CODES BOARD (MCCB), OUTLINES THE KEY POINTS EMBODIED IN THE CODE.

EXPERT GUIDANCE ON MODULAR CONSTRUCTION
The Modular Construction Codes Board (MCCB) was instigated by James Murray-Parkes, Professor of Practice in the Faculty of Engineering at Monash University and Head of Science & Engineering at the Engineering Innovations Group at Multiplex. The project is run through Monash University under a funding agreement with the Victorian State Government, along with a range of industry partners drawn from various parts of the construction industry. A number of high profile identities have driven the project as part of the founding committee: Angus McFarlane, Structural Engineering Leader at Laing O’Rourke and the man behind the world’s tallest tower, Burj Khalifa Tower; Brendon McNiven, Principal at Arup; George Konstandakos, former CEO of The National Transport Authority; John Lucchetti, Hydraulic and Fire Protection Section Manager, Principal at Wood & Grieve Engineers; and Dr Yu Bai, Associate Professor in Structural Engineering at the Department of Civil Engineering of Monash University, who specialises in composite materials and structures and testing. 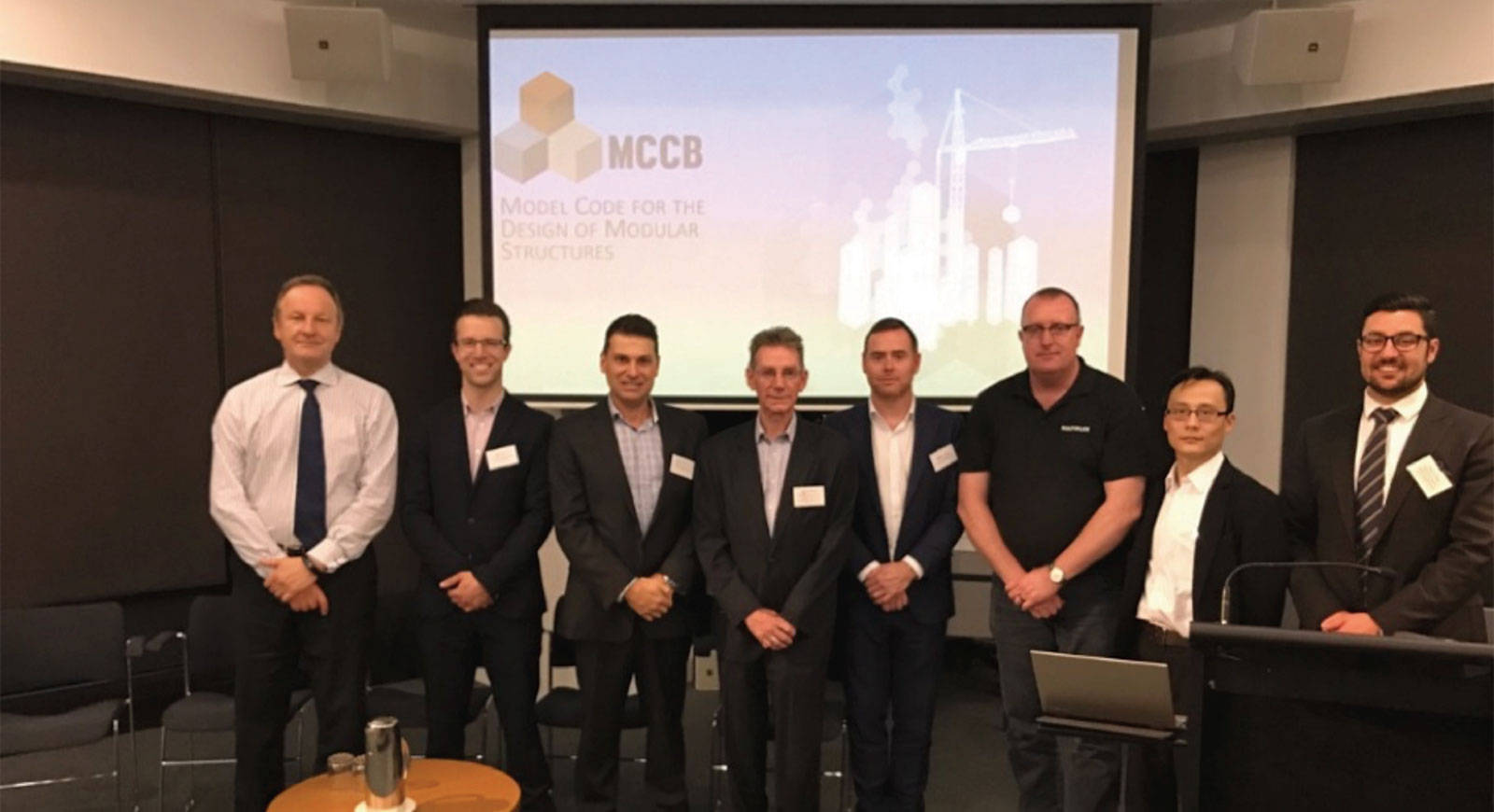 With the primary objective of the MCCB to develop and publish a Code of Practice for modular construction, this is a world-first document, bringing together expert guidance on a range of topics related to modular construction, including Structure, Services, Architecture, Materials, Safety and Transportation. Meanwhile, the MCCB is also supporting a number of research projects at Monash University exploring aspects of modular construction such as connection performance in steel modules.

DESIGN FOR MANUFACTURE AND ASSEMBLY
Design for Manufacture and Assembly (DfMA) in relation to modular construction is a key element of the Model Code. Originating in the manufacturing industry, DfMA’s emphasis on a holistic approach which considers the entire design process at once is well aligned with the objectives of offsite methodologies. In the context of modular construction, DfMA can be viewed as the overlapping of Geometry (e.g. 3D models, visualisation), Production (e.g. off-site manufacture) and Metadata (e.g. Building Information Modelling). The collaboration of these elements is sometimes referred to as “Digital Engineering”, which delivers all the benefits of each part in synergy.

DRAFT MODEL CODE PRE-LAUNCH
The first draft of the Model Code for the Design of Modular Structures was presented to industry on December 6, 2016 in Melbourne. An audience of over 100 interested guests were in attendance and the development was well received.

RELEASE DATE SET FOLLOWING AGM
The first edition of the Model Code looks set to be released in August following the Annual General Meeting of the MCCB. The AGM, held on Wednesday January 25 in Melbourne, provided an opportunity for MCCB stakeholders, including industry funding partners, to receive progress updates on the Model Code, research projects and other activities. Subsequent to the meeting, the timeline for release of the Model Code was firmed up. It is expected that the draft Code will be released for public comment during May 2017, once a peer review process is complete, with June and July being spent incorporating updates and revisions, followed by the release of the first edition in August.■