A ‘VERTICAL METHOD’ HAS BEEN CREDITED WITH SPEEDING UP THE CONSTRUCTION OF A MULTI-STOREY CAR PARK ERECTION AT MELBOURNE CONVENTION AND EXHIBITION CENTRE. THE AUSTRALIAN STEEL INSTITUTE (ASI) SHARES THE CASE STUDY.

Stilcon was able to provide a complete steelwork package for the building frame, handling steelwork processing, cambering, delivery to site and onsite erection for the project to provide 1180 car spaces over four levels, which is part of the current Melbourne Convention and Exhibition Centre expansion.

Stilcon Site Engineer, Adam Tierney explained that this ‘vertical method’ focuses on a full- height straight-up build of a section of the structure, which is replicated in turn across the building width adopting the same principal approach.

“The flatter `horizontal’ approach is how most other multilevel carparks have been traditionally built in steel or concrete which spreads the floor area out wider, limiting the ability for multiple work fronts,” he said.
He added that the speed of steelwork erection can be further optimised with two separate erection crews working in different directions off the first bay. And increasing the number of bays built provided a safety buffer zone between steel erection and follow-on trades which is an OHS requirement of the site. 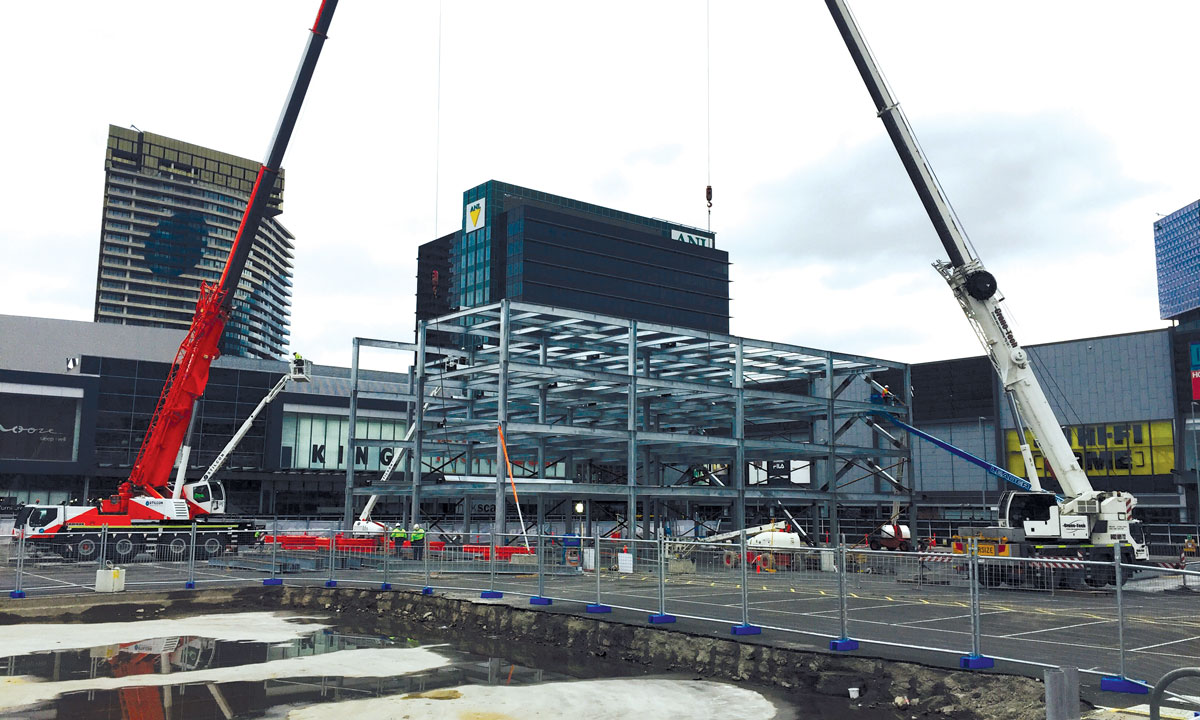 The decision to embrace the full height vertical erection approach was made at tender stage after various erection methods were programmed out, showing decreased overall erection times using the chosen method as opposed to the horizontal technique. No revisions were required to the consulting engineer’s design.

Once the initial bay was completed, secondary bay structures were then built in two directions, allowing a block of bays to be completed sooner by Stilcon and handed over to Probuild for the follow-on tradespeople.

In this case, the metal decking was laid first on level two followed by level one. Whilst the laying of the metal deck was occurring on level one, the reinforcement placement began on level two. The slab was then poured on level two, creating a safety deck between the upper and lower structure.

The addition of some temporary bracing worked in conjunction with the permanent building bracing for temporary stability during construction. On top of this, the concrete placement occurring periodically behind steelwork erection provided the required dead load to bed the structure down and provide a diaphragm affect.

The floor area of each bay is 70.5sqm for a total floor plate area of 9525sqm. Steel fabrication commenced in June 2016 with erection soon after to be substantially completed by that November. ■ 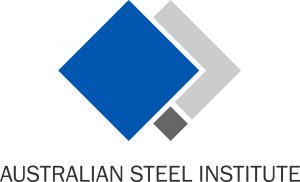 To be co-presented by the ASI and NATSPEC, this early evening session aims to help ensure a national and consistent approach to specifying structural steelwork to reduce risk. Based on the recently published AS/NZS 5131 ‘Structural steelwork – Fabrication and erection’ standard, the new National Structural Steelwork Specification (NSSS) and complementary Standard Drawing Notes have been designed to help engineers and specifiers work to a clear project-specific quality benchmark and demonstrate duty of care in managing risk on structural steelwork projects. ASI National Technical Development Manager, Dr Peter Key will explore the background and basis for AS/NZS 5131, the structure of the NSSS and how to apply it, and a range of other tools the ASI has developed to support improved compliance. NATSPEC Engineering Manager Kevin Rooney will talk about the recent NATSPEC update which incorporates AS/NZS 5131.

Please visit the ASI website for further details at: http://steel.org.au/events/asi-events/
To have your name added to be notified when the event opens:
Email: enquiries@steel.org.au with your name, email, occupation and state.