COMPELLED BY MARKET DEMAND AND TECHNICAL INGENUITY, SWEDISH MACHINERY AND AUTOMATION SPECIALISTS SUCH AS RANDEK CONTINUE TO PLAY A KEY ROLE IN THE PREFAB CONSTRUCTION INDUSTRY’S DEVELOPMENT. BELINDA SMART REPORTS.

Talk to any prefab specialist in Sweden and it’s likely that the subject of technology will quickly arise. Indeed, it seems clear that the evolution of Sweden’s prefab housing industry has been largely dependent on, and simultaneous with, the development of timber engineering machinery driven by companies such as Randek. A company considered virtually synonymous with Sweden’s prefab sector, Randek was founded in the 1940s with a focus on general automation. By 1960 the business decided to focus solely on supporting the prefabricated housing industry. Numerous milestones quickly followed; the invention of the butterfly table in 1963 and the semi-automated nailing bridge in 1968 to name just two. Randek worked with Sweden’s first panelised house builders and installed the world’s first CAD connected closed wall panel system in 1985. Its reputation for innovation is ongoing; the company’s recent developments include an automated roof truss production, and a new system for the automated handling of noggins. Randek’s comprehensive range includes wall framing stations and tables, through to complete systems for the manufacture of wall panels and floor cassettes. Today leading house producers in 44 countries are using Randek machines and systems, which are serviced through a worldwide network of distributor partners. The company has the capability to deliver individual machines within two months but can also deliver larger custom built systems that can take between six and 18 months to complete (depending on the level of customisation needed by the client).

Designed for production of insulated wall panels, the CAD/ CAM-controlled Complete System comprises a wide range of functions, from automated framing machines to multi-function bridges and butterfly tables. Key features include automatic set-up of machines to cater to changing wall heights, thickness and length; automatic squaring of wall element – grippers push the wall element against end stops, then the wall is clamped with a motorised clamping function. Other unique advantages of the system include superior waste handling and automatic transport between stations.

The Randek FM3000 is a highly automated framing station with a flexible configuration based on the level of automation and speed needed. The first versions were installed in Sweden in the 1980s for closed wall production complete with stud feeding. Later on high speed versions were adapted to the needs of the North American prefab industry producing timber frames with OSB sheeting attached.

The wall frame is moved through the station by grippers holding the top and bottom plate. Studs are automatically picked, transferred into position and nailed off. As a further level of automation, mineral wall insulation is transferred from over the line, and automatically cut to size for the operator to place in position. Blow in insulation systems compatible with a variety of cellulose and mineral wool insulation types are now also available.

The Butterfly Table was invented by Randek in the early 1960s, and is designed for manual element production. These tables can be configured for production of a range of elements including walls, floor cassettes, roofs panels and gable ends. These tables are able to be used individually, as a pair, or configured as a complete production line. When a pair of tables are matched opposite each other their key purpose is to safely ‘flip’ elements, enabling work on both sides of each element without the need for an overhead crane. 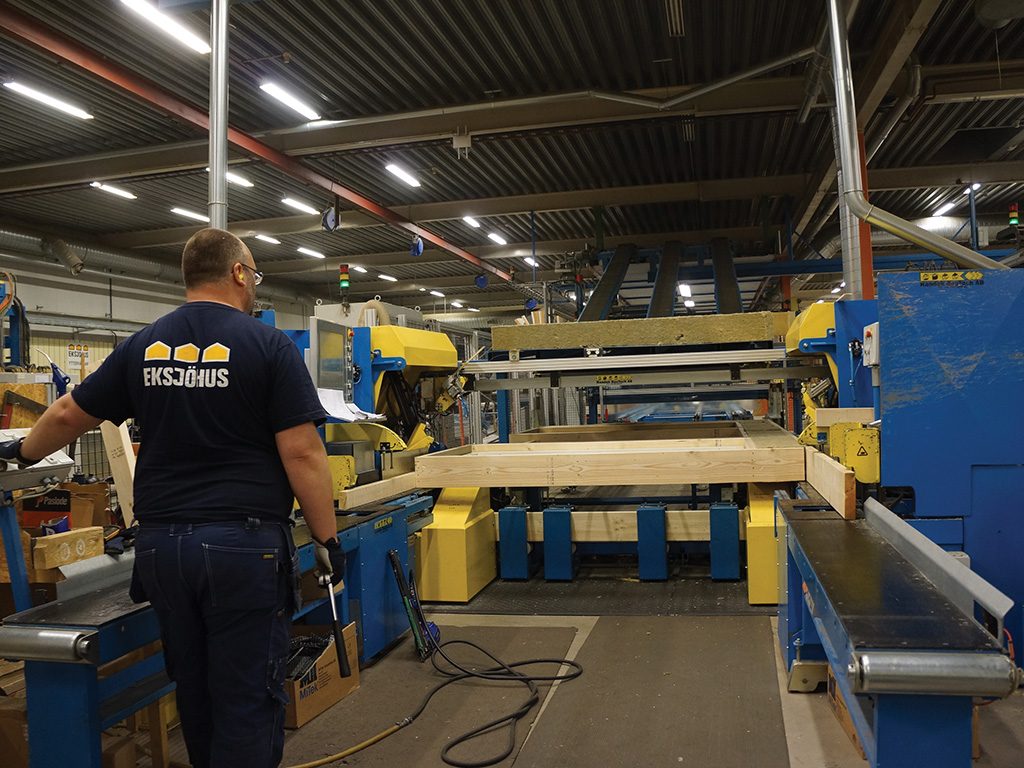 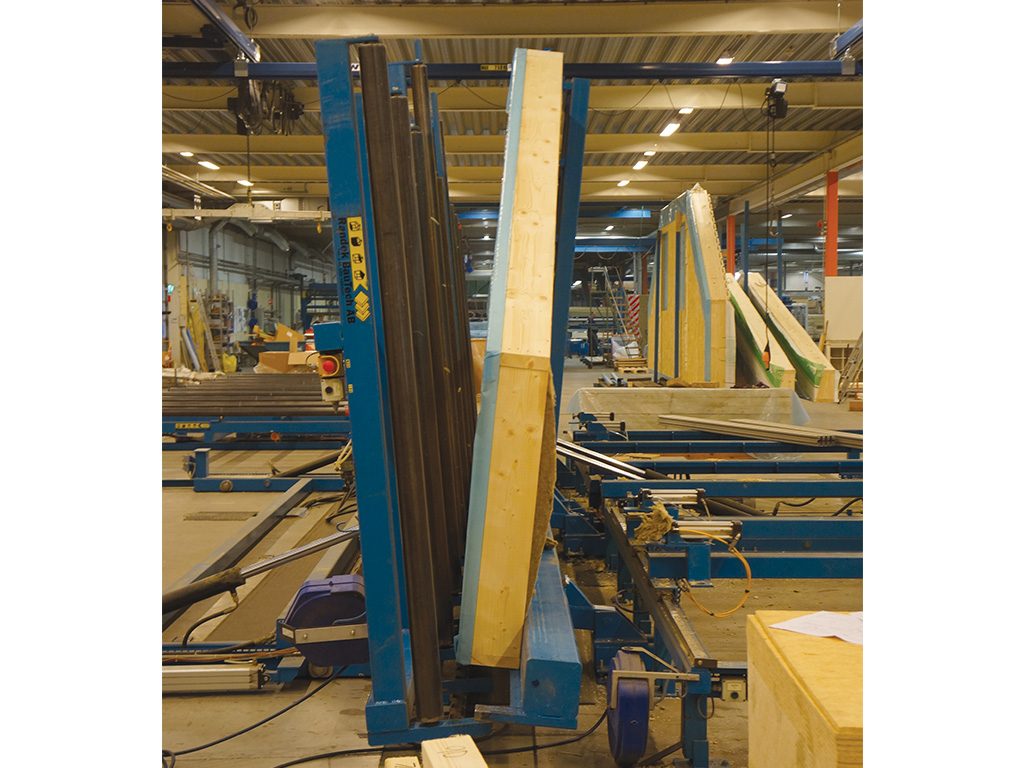 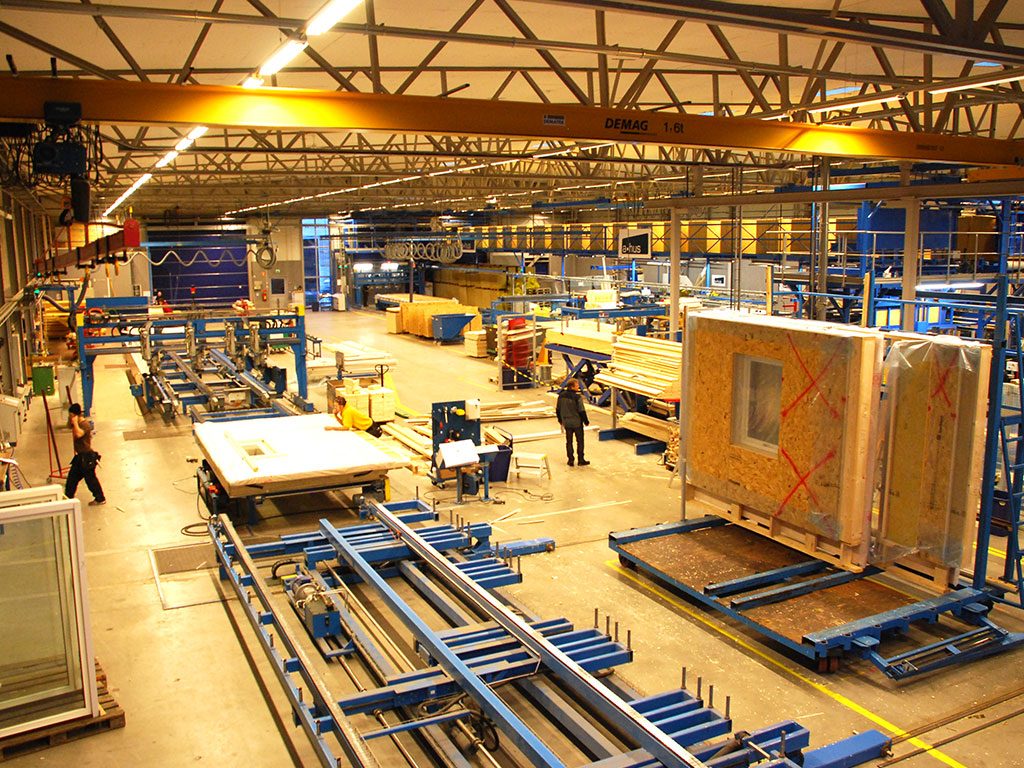 Sweden has led the world in advanced manufacturing of housing. Randek Complete System is a highly automatic production line for closed wall panels which has been used in Sweden since 1985. 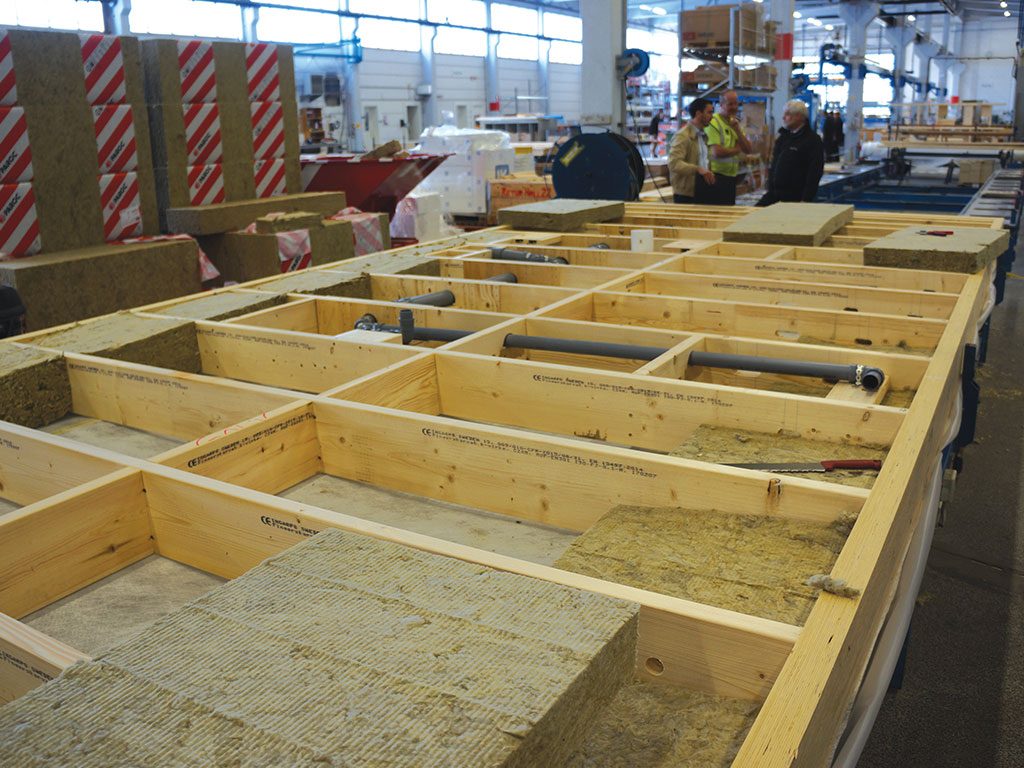 Floor cassettes being built in the volumetric module factory at Boklok (a joint venture between IKEA & Skanska). These cassettes are produced on Randek working tables and include insulation and plumbing.

According to the CAD file information, Randek bridges automatically complete a variety of processes. These processes include nailing, screwing, stapling, sawing, routing, and gluing. The configuration of the bridges is flexible based on the needs of each customer. This image shows a Randek NB3000 bridge fastening timber cladding.■