AWARDS, REWARDS AND THE FUTURE OF WOOD

WITH AWARD WINNING BUILDINGS RAISING THE PROFILE OF ADVANCED TIMBER CONSTRUCTION IN THE OFFSITE CONTEXT, TWO HIGH-PROFILE PROJECTS POINT TO FARREACHING CHANGES IN FUTURE DESIGN AND CONSTRUCTION SOLUTIONS. INTERNATIONAL HOUSE BARANGAROO SOUTH BY TZANNES AND ASSOCIATES AND THE MACQUARIE UNIVERSITY INCUBATOR BY ARCHITECTUS BOTH INCORPORATE THE USE OF ENGINEERED TIMBER AND A DEGREE OF OFFSITE CONSTRUCTION.

In Australia and around the world, there’s a growing industry and media awareness of the benefits of prefabricated building systems. Advantages including cheaper, safer, cleaner and greener are associated with moving parts of the construction process from the building site to offsite.Offsite construction principles can be applied, to different degrees, to most materials. Timber truss and framing, steel fabrication and tilt slab concrete are all familiar examples of the integration of offsite and onsite construction.

However, when it comes to maximising the benefits of offsite construction, not all materials are created equal. Wood building systems, both traditional timber stick framing and the newer engineered timber options, can optimise many of offsite’s advantages.

Two key design parameters of the Macquarie University Incubator by Architectus were speed of erection and the ability for it to be feasibly relocated. Situated in Macquarie Park, NSW, this $7.6m, 953m2 floor area project was completed in July 2017. 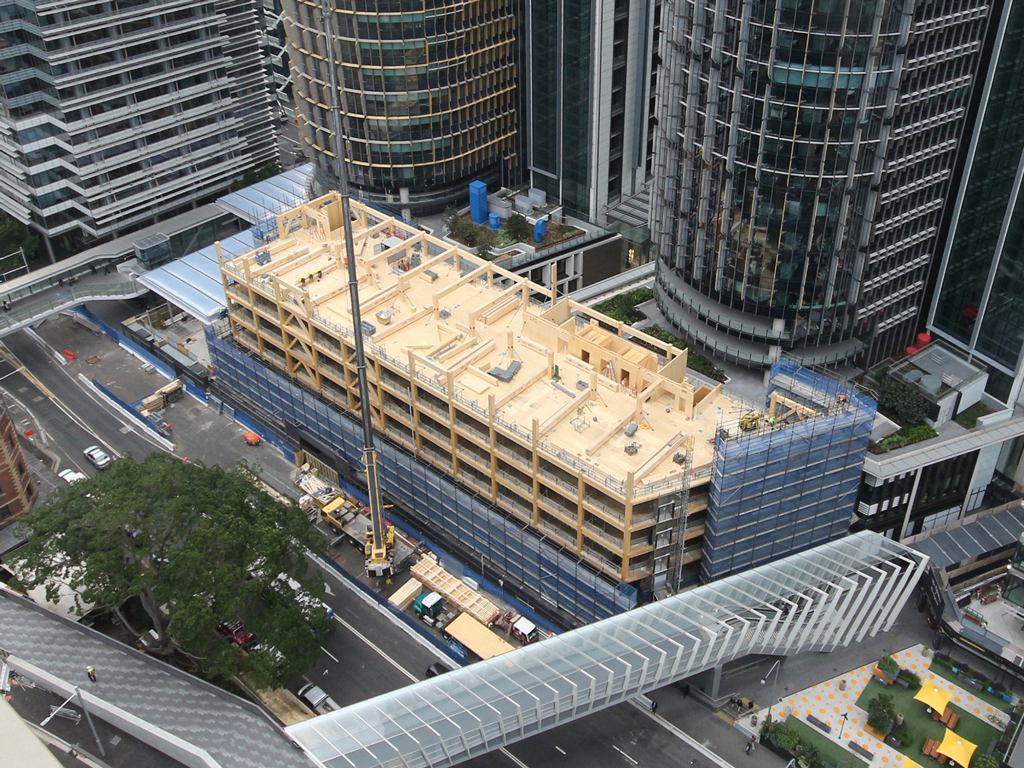 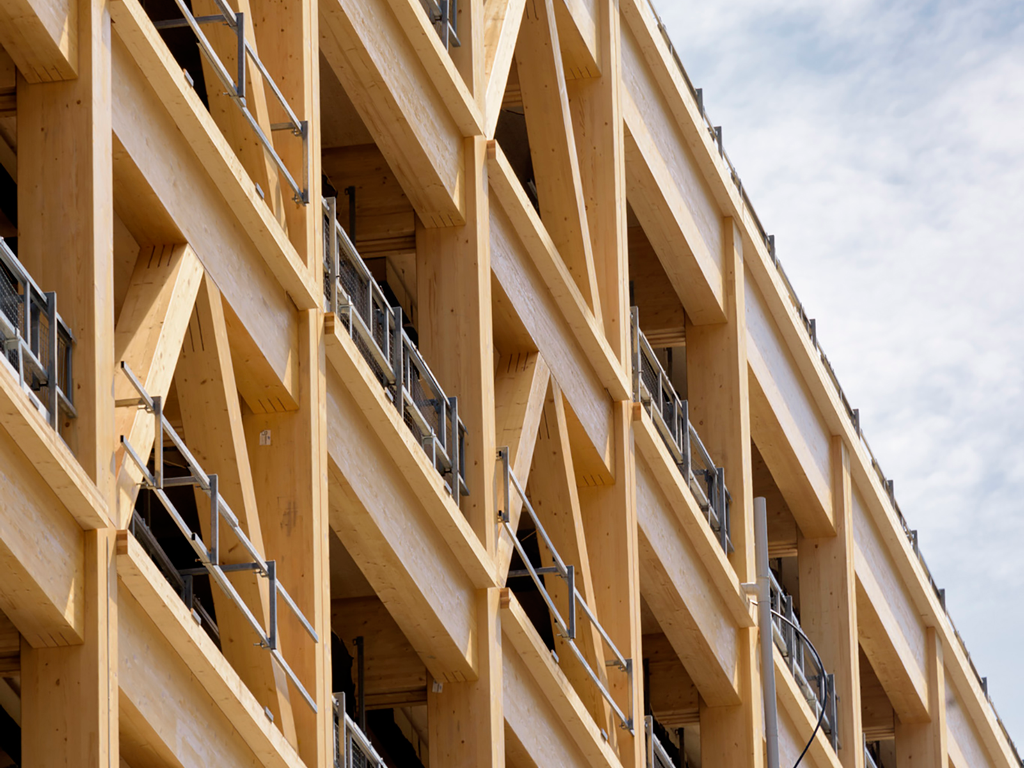 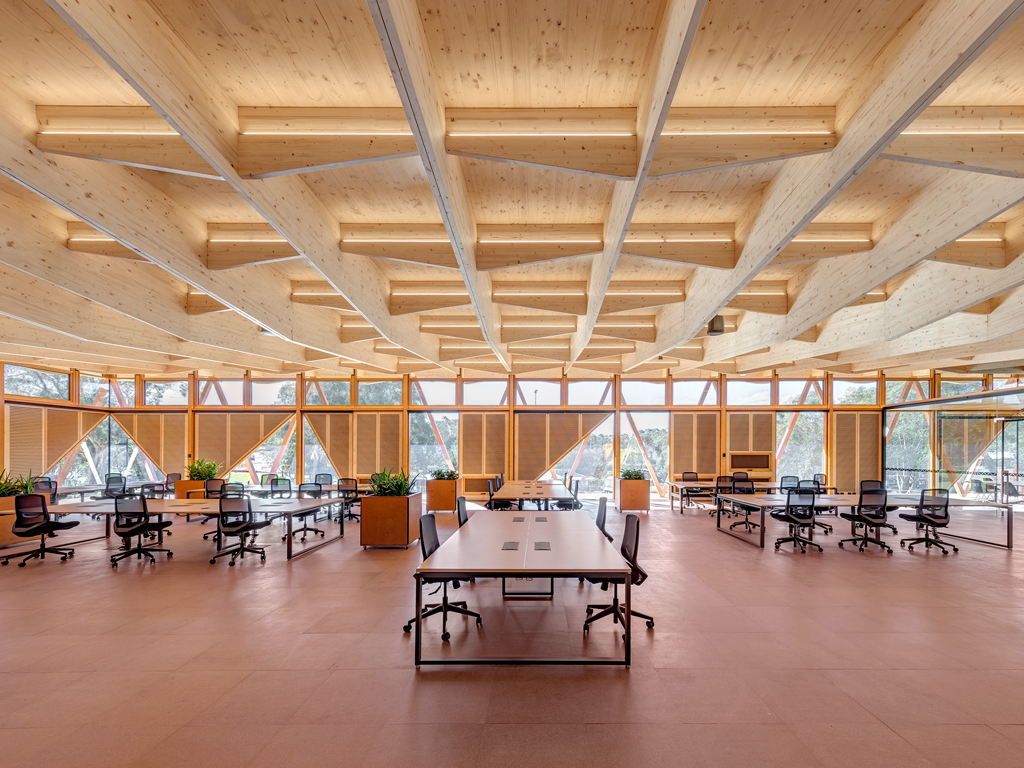 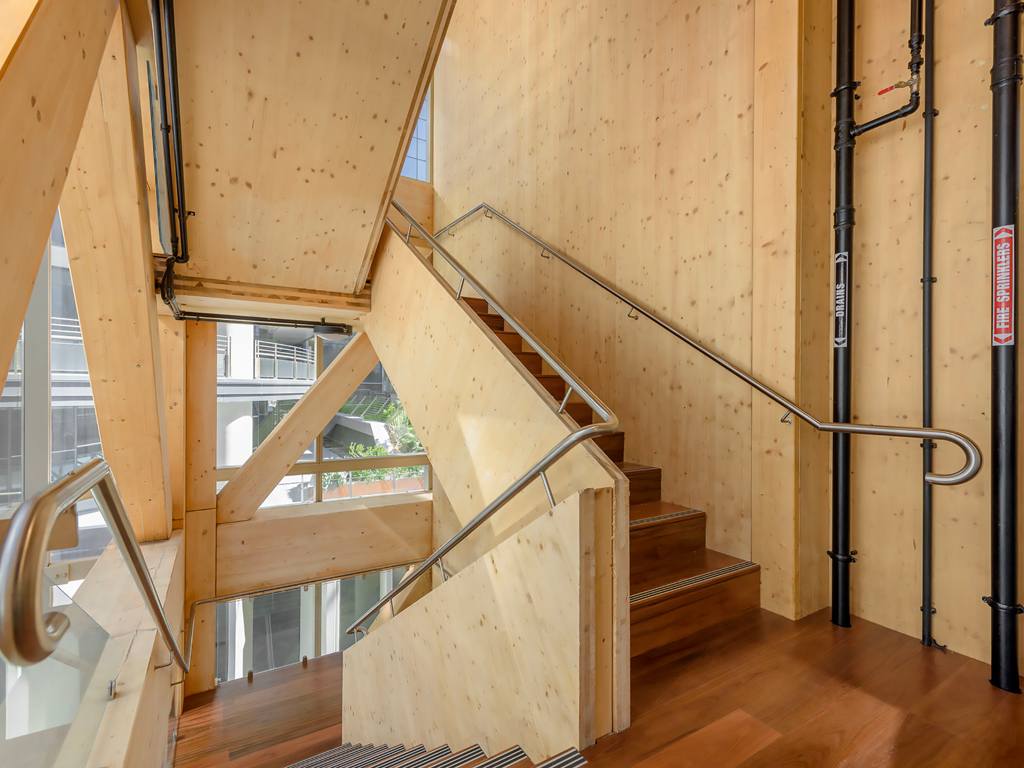 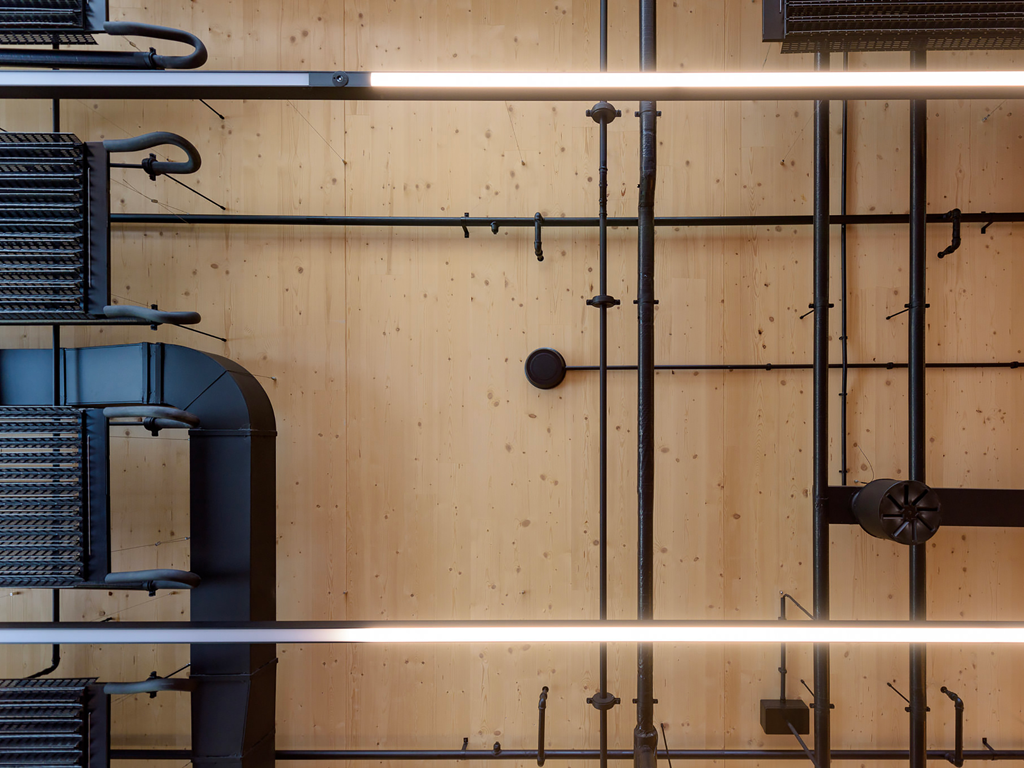 Discussing the project, a spokesperson from Architectus said,

“Timber was selected as the main construction material for its capacity to be beautifully engineered, swiftly fabricated to high quality, and for its potential for future dis-assembly and relocation, with the majority of components prefabricated offsite to ensure rapid construction on site and minimal disruption to the concurrent university semester. The resulting building was completed within five months of construction commencing.”
Spokesperson – Architectus.

It won several categories at the 2017 Australian Timber Design Awards, including the prestigious Grand Prix.

Describing the design, Tzannes says that they have turned the structural limitations imposed by timber to advantage and celebrated them, forming a unique colonnade form, evocative of a forest which gives the building its distinctive character.

More than 2,000m3 of CLT was used for the floors and cores and 930m3 of glulam in the columns and beams of International House. The towering two-storey wooden pilasters, which support the CLT, are reclaimed ironbark timbers.

The common elements of these two outstanding projects are the use of timber components, an awareness of their environmental advantages and the incorporation of a significant degree of offsite manufacturing. While the practice is still not widespread, the indications are that in the near future, the prefab components will be common in many commercial and educational projects, whether they are winning awards or simply the hearts and minds of their owners and occupants.■