THE FIRST PANEL HAS BEEN LAID AT 25 KING STREET BRISBANE, CURRENTLY ANOINTED AS THE TALLEST ENGINEERED-TIMBER BUILDING IN AUSTRALIA AND THE LARGEST OF ITS TYPE BY GROSS FLOOR AREA IN THE WORLD.

The superstructure of the ten-storey tower comprises engineered Cross-Laminated Timber (CLT) used for the floors, lift shafts and escape stairs; and glulam (glue laminated timber), used for the structural beams and columns.

The 52 metre high building is designed to showcase timber’s properties as much as possible and the building will target a 6 Green Star rating using the new Design & As Built tool, as well as a 5 Star NABERS Energy rating. Key sustainability initiatives include a high-performance facade including external shading, enhanced thermal comfort, cutting edge lighting design practices, and rainwater harvesting/reuse. 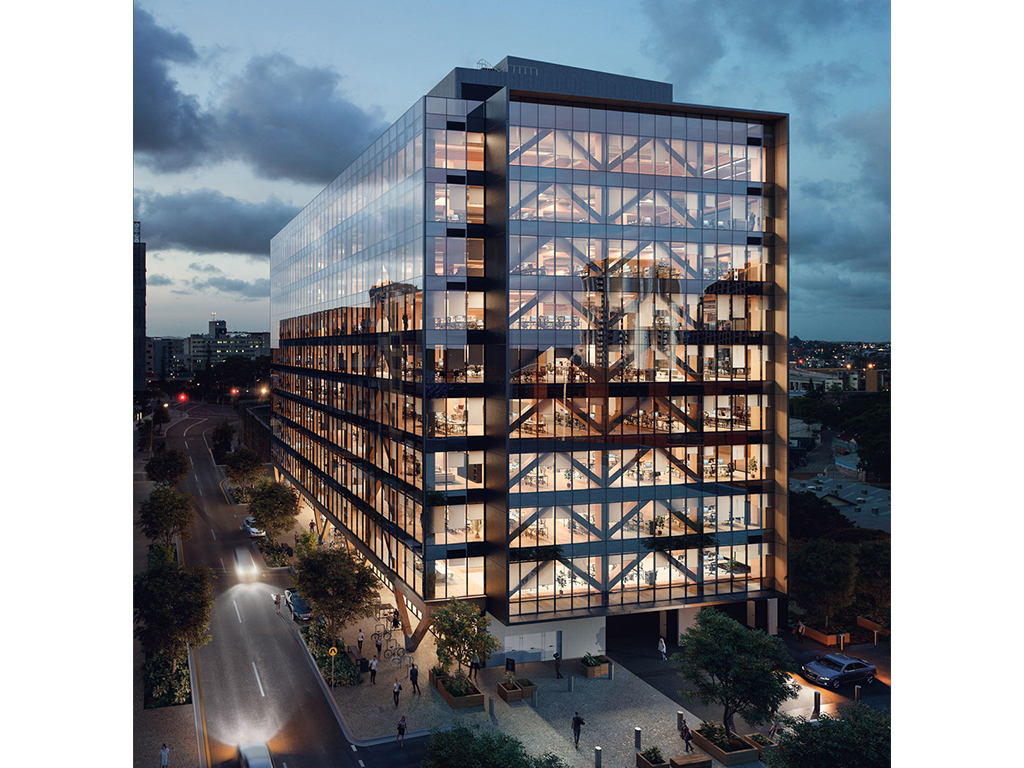 25 King: Engineered Cross-Laminated Timber (CLT) is being used for the floors, lift shafts and escape stairs; and glulam (glue laminated timber), for the structural beams and columns of the 52 metre high building.

25 King Street is one of the projects to be delivered in the AUD2.9 billion renewal of the Brisbane Showgrounds precinct in Fortitude Valley, 1.5 km from the Brisbane CBD.■