FOLLOWING THE NEW ZEALAND GOVERNMENT’S ANNOUNCEMENT OF THE 100,000 10-YEAR KIWIBUILD PROGRAM, NEW ZEALAND’S CHALLENGE IS NOW ABOUT HOW TO BUILD 16,000 HOMES IN THE FIRST THREE YEARS OF THE SCHEME. PREFABNZ CEO PAMELA BELL LOOKS AT WHAT CAN BE LEARNT FROM THE MILLION PROGRAM THAT BUILT 1,000,000 HOMES OVER 10 YEARS FROM 1965 TO 1974 IN SWEDEN.

In New Zealand, our standard residential construction is based on timber open wall frames and pre-nailed roof trusses. Work is still mainly site based (over 70%). Given New Zealand’s small population (four million people), there is a clear opportunity for close communication and a ‘joined-up approach’ between the construction industry, the Ministry for Innovation Business and Employment and the government Ministers for Building and Construction, and Housing and Urban Development.

The proposed KiwiBuild program is a response to the construction industry’s failure to deliver affordable housing over many years – and consequently the price of housing has been driven up through speculation and scarcity. It is notable that New Zealanders invest in housing in the same way other cultures invest in shares and bonds due to historical high returns, but this is not an economically sustainable practice.

The Million Program was approved by Sweden’s Social Democratic Parliament in 1965 to remedy what was then considered an acute shortage of housing. Parliament decided that a million new affordable dwellings should be built over ten years when the population was just eight million people.

“The Million Program was approved by Sweden’s Social Democratic Parliament in 1965 to remedy what was then considered an acute shortage of housing. Parliament decided that a million new affordable dwellings should be built over ten years when the population was just eight million people.”  PrefabNZ CEO Pamela Bell.

The program’s goal was to preserve nearby open space, improve traffic safety and encourage residents to walk, ride bicycles and use transit. Development and densities were to be as concentrated as possible, and all units were to be within 500 metres of the public transport train station.

Overall, the program was a response to an increasing standard of living, and increased housing expectations, so it included demolishing older unmodernised housing stock. It was also partly funded by a period of intense economic growth.

Government reforms included new land acquisition rules for local authorities (i.e. expropriation for private end use only), and extending urban development boundaries. The government financed with soft loans (e.g. with a lower rate than the market rate), mergers of municipalities for creating town-planning capacity, and encouraging the construction industry to develop its techniques. Universal public housing was delivered via tenant-owned co-operatives, municipalowned building companies, and rigorous rent control, under a specialised housing department. 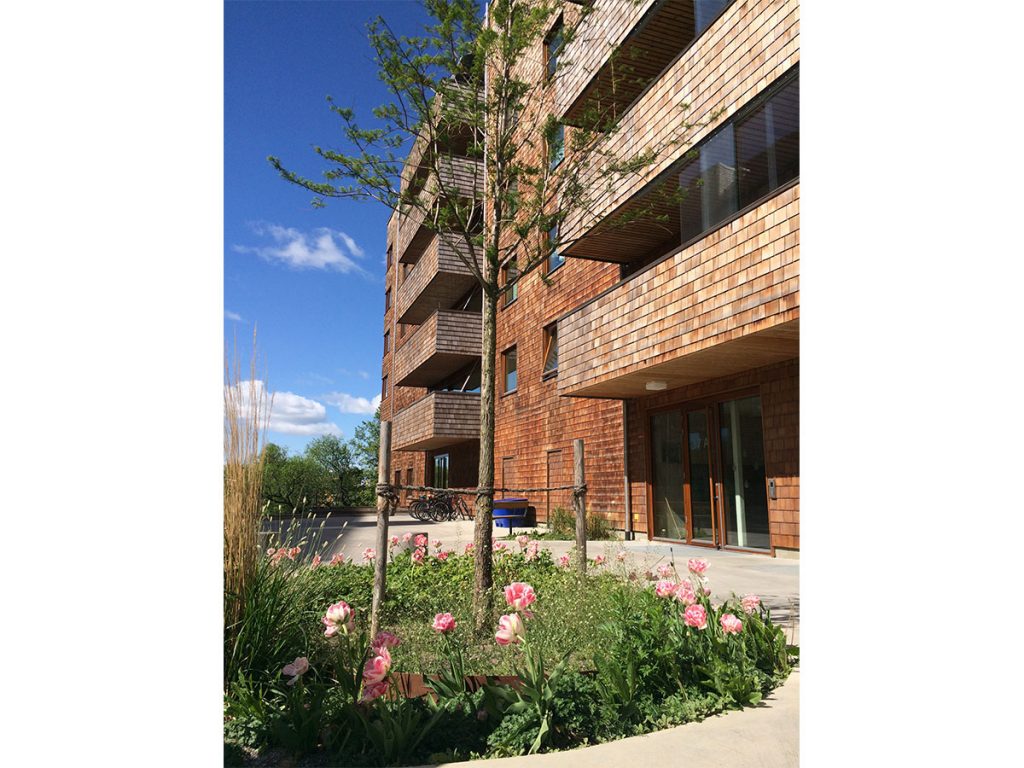 Pictured above and opposite page: Contemporary prefabricated medium-density housing in Stockholm. 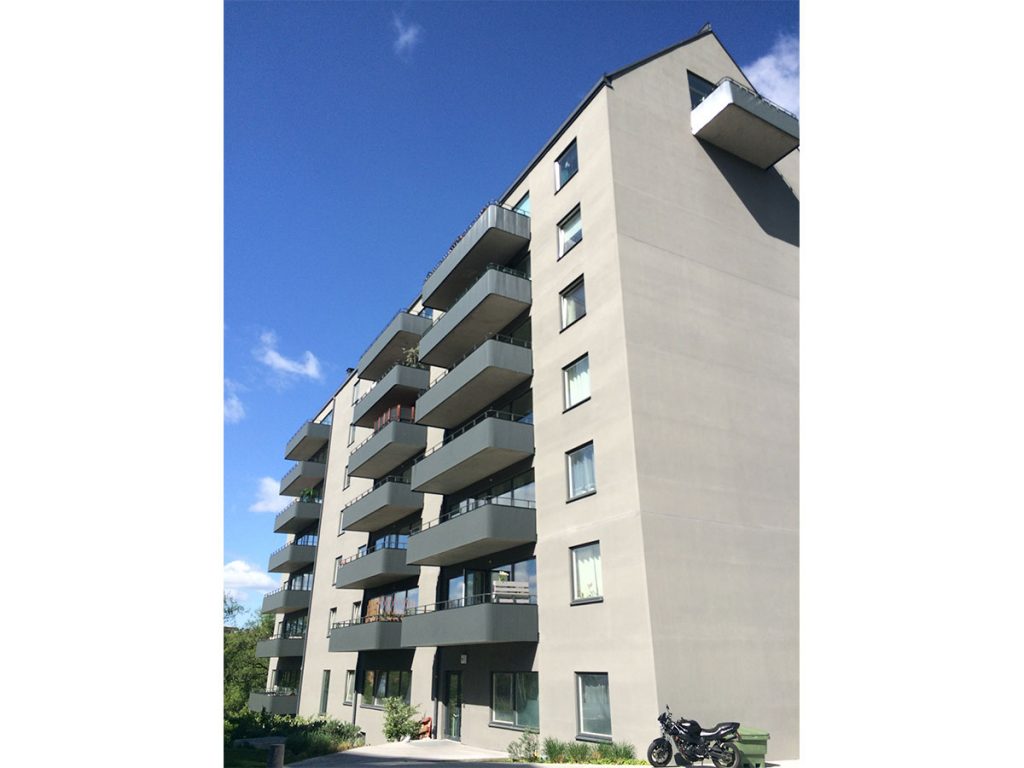 The Million Program was entirely focused on mid- and high-rise buildings with concrete structure. This encouraged development of prefabricated concrete construction, but very little construction in wood. Sweden’s housing program during that period produced as a peak 120,000 units/year, and 75% were apartments in multi-storey apartment buildings. About 25-30,000 were one-family homes but these figures were not higher than in the 1930s.

AND AFTER THE PROGRAM WAS COMPLETE…

The predominant building form was precast concrete high-density apartment blocks. Most of the buildings and areas of this era have survived quite well with routine maintenance, but there was criticism about the uniform design and poor architecture. Several multi-family housing areas have needed large‐scale turn‐around and demolition.

Government exerted price control and property taxes on house sales. Swedes were not allowed to own more than one house or apartment given the favourable price and financing. All of this was abandoned during the financial crash in the early 1990s, except for the fact that apartments and houses are still not investment items today, due to legislation.

Functionally, increased lifting capacity made it possible to make wall elements bigger and wider and to include windows, doors and so on. That panel system, including roof trusses, has been the dominating system for one-family houses until today. Sweden has become known for a traditional construction system dominated by closed-panel prefabricated timber frame technologies.

An astounding 1,006,000 new dwellings were built in that ten-year period in Sweden. Urban design created verdant, walkable and bustling community design. The net result was an increase of 650,000 new homes (apartments and houses) with a general rise in housing quality.

Government extended loans for 66% of the initial costs of the houses for the lowest-income group, which was repaid by the customers and residents over a 30-year period.

Government provided subsidies and incentives to building companies in order to start construction for affordable housing for students, blue collar workers and immigrants.

Interestingly, most of the residents who ended up in these units were neither middle class or of Swedish descent. Many of the scheme’s communities were considered unsightly and undesirable by Swedes, and the newly constructed units became places for waves of new immigrants.

Lower income families were relegated to outer lying suburban developments creating a homogenous inner-city culture. In some areas, there was criticism of racially segregated ‘slums’ that were inadvertently created. Where transport and infrastructure planning lagged behind physical buildings, people had to create alternate public transport routes before the promised ones were in place.

Very late during the Million Program the first volumetric one-family houses were produced. This new technique really moved construction away from site. It is estimated that 80-85% of production time is included in these volumetric systems. This is a truly cost-efficient industrial system and is touted as the system for the future of building in Sweden.

“Very late during the Million Program the first volumetric one-family houses were produced. This new technique really moved construction away from site. It is estimated that 80-85% of production time is included in these volumetric systems. This is a truly cost-efficient industrial system and is touted as the system for the future of building in Sweden.”  PrefabNZ CEO Pamela Bell

There are still many panel-based housing industries in Sweden, but no new ones are likely to be established. It is estimated that you can reduce on-site production time by 20% by using the closed panel system. This is still used for most one-family houses in Sweden, but not for the lowestcost ones. The technical advantage of that system is the increase in quality to erect a house in one day, including its watertight roof. The market advantage is the possibility to adapt the customer’s design. ■

With thanks to Swedish colleagues Helena Lidelow, Dan Engstrom and Hans Eric Johansson for their expert knowledge on the Million Program. 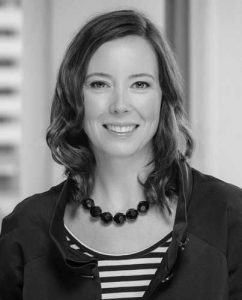