SIPFORM PLANS ROLL OUT UNDER LICENCE

Founded four years ago, the company specialises in manufacturing, on demand, cementitious structural insulated panel homes that are delivered and assembled on site. The company also utilises proprietary custom built software and machinery ensuring a seamless manufacturing to installation process.

“It is essentially a mini concrete tilt up panel with insulation. The system straight out of the box can support a concrete slab midfloor and is capable of building up to three storeys high. The fibre cement sheeting has moisture resistant properties that enable it to be assembled in all weather, giving an advantage over the older OSB type panels.”

He adds that the result is a more comfortable, liveable home and excellent sound absorbing properties. Described as an “architecturally inspired product” Sipform is precision engineered and fully installed, with a 50+year lifespan. It’s pest and mould resistant as well as being strong; earthquake and cyclone resistant. 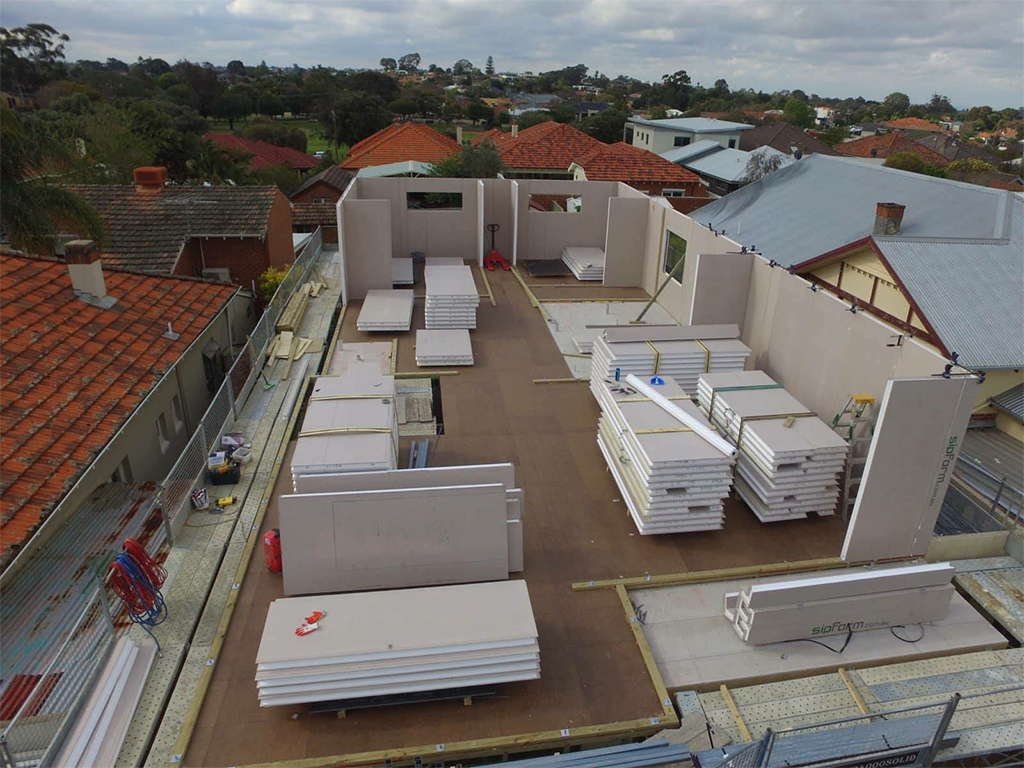 Sipform’s system can support a concrete slab midfloor and is capable of building up to three storeys high.

“Working with Sipform is 50% faster than normal construction, involves minimises excavation and disturbance and results in fewer delays from poor weather, 30% less waste generation and disposal and savings of up to 60% on energy costs.”

Goldsworthy confirmed uptake of Sipform from the construction industry began to reach critical mass around seven months ago, with orders now booked for the next five months.

“We’re now ready to roll out a key stage in our strategy, which is to enable builders to set up their own Sipform plants across Australia under a franchise style arrangement, essentially localising and decentralising the building industry. We’ve invested millions in R & D, to create a replicable system that can be set up all across the country and the world.”

With the first plant set to begin production in Sydney, Goldsworthy confirmed a floor space of 400m2 and less than a $1m investment would allow other interested parties to set up their own structural insulated panel factory anywhere in Australia.■