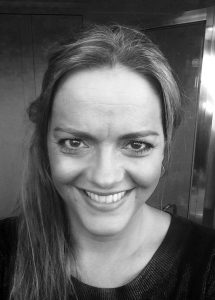 As Built Offsite hits the press, major demographic shifts affecting offsite have been given wider media exposure. The ABC’s recently aired ‘Four Corners’, titled ‘Big Australia: are we ready?’ outlined the rapid rate of our population growth; in one year we added nearly 400,000 people to our numbers, most of them drawn to our major cities.

While even proponents of a ‘big Australia’ debate whether we can accommodate such rapid and dramatic rises, growth continues apace. Solutions are required, particularly in our cities’ middle ring suburbs, where infill is a necessary bulwark against sprawl. Prefab has a major role to play. For the schools sector, the knock on effect is clear. At the time of going to press it was confirmed that the Victorian Government has earmarked around $240 million for buying land for 14 new schools in Melbourne’s growth areas. Our main feature starting page 17 highlights the opportunities for offsite in this area, with a focus on gold standard design.

With all signs pointing to an offsite sector gathering momentum, it makes sense to take our cues for solutions from more developed markets. In the UK, where almost 70 per cent of the UK’s home builders are now investing in prefab (see our story on page 13) tools are available to encourage uptake. The Build Offsite Property Assurance Scheme or BOPAS (see our report on page 30) is one. BOPAS’ vital role was highlighted in the recent London Assembly report ‘Designed, Sealed, Delivered’ in which the Council of Mortgage Lenders noted that quality standards such as BOPAS are “crucial in instilling confidence in the sector.”■ 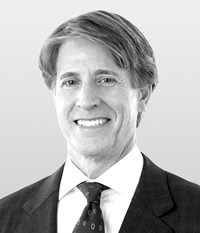 Population growth and urbanisation have led to a change in the way school buildings are delivered. It’s a trend spurred by a rise of enrolments in government schools, with the New South Wales and Victorian governments investing heavily in the sector.

Radical ideas are grabbing the headlines, among them vertical schools, which are springing up in our major cities (including where previous school properties were sold as the local population aged and enrolments declined). While not all new schools will be high rise, “old school” educational buildings are undergoing a re-think. The cost and time savings of prefabrication coupled with reduced disruption on site as well as its flexibility in terms of re-purposing school buildings are a clear benefit. And as seen in our feature starting on page 17, design literate modular school buildings are on the rise.

On another note, prefabAUS is set for our most active year ever. Looking ahead to what will be our 5th annual Conference in September in Brisbane, we have now secured George Konstandakos as a speaker. George is Head of DesignMake at Lendlease, which is supplying the CLT elements for the 25 King Street Brisbane project – the tallest engineered-timber building in Australia. The 25 King Street project will also feature in the Conference site visit program.

We have been delighted with the excellent take up of the Conference sponsor and exhibitor packages. Our events program for 2018 has also kicked off across the country.

We will also shortly announce a prefabAUS study tour to North America which follows our very successful Sweden study tour in 2017.■