US: A FOUR STOREY APARTMENT BUILDING MADE OF PREFAB STEEL UNITS HAS BEEN CONSTRUCTED IN BERKELEY CALIFORNIA OVER FOUR DAYS IN JULY.

The 22-unit project, known as Shattuck Studios and driven by developer Panoramic Interests, is the first in the US to be constructed of prefabricated all-steel modular units made in China. Each module resembles an elegant version of a shipping container with a window at one end. The modules are designed to stack on top of one another and were stacked on a conventional foundation, with electricity, plumbing, the roof, landscaping and other infrastructure added.

Shattuck Studios will be leased to UC Berkeley for graduate student housing. 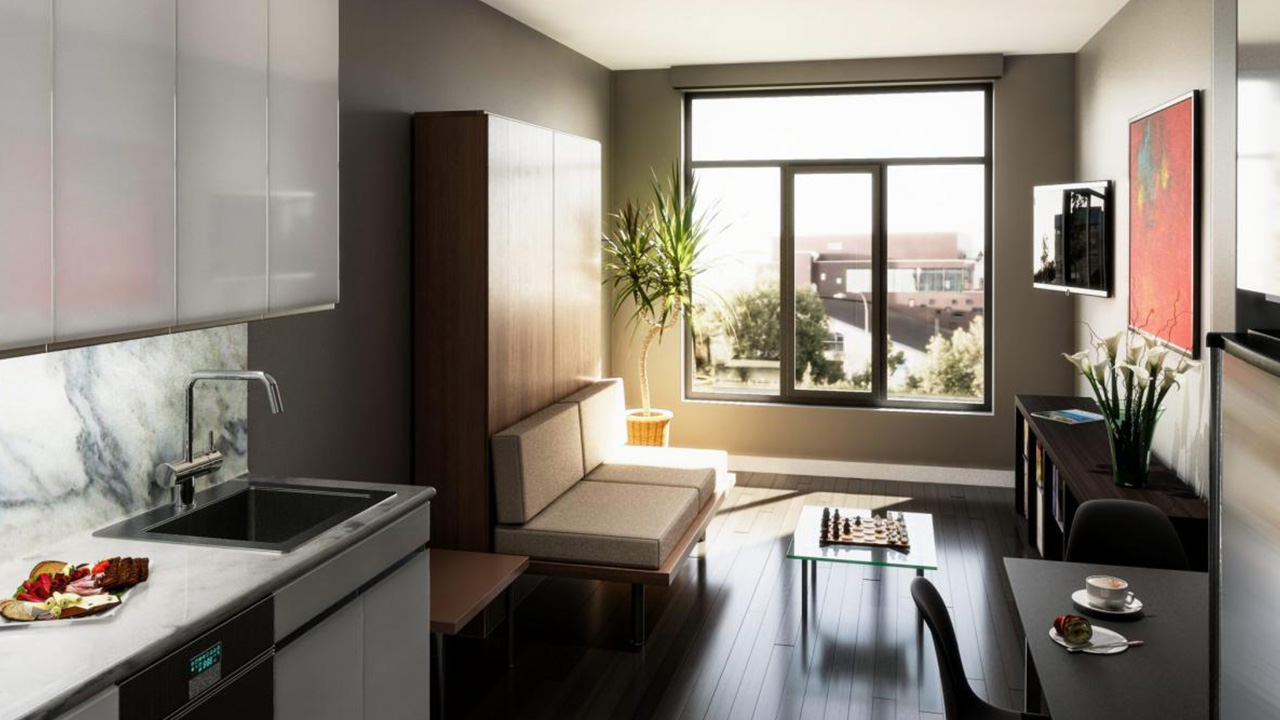 Shipped to Oakland then trucked to the site, the modules comprise living-ready apartments with a bathroom, closets, a front entry area, and a main room with a kitchenette and sofa that converts to a queen-size bed. Each comes with flat-screen TVs and coffee makers.

At the time of writing, the project’s bottom line costs were yet to be finalised however Pankow Builders of Oakland, which delivered the project, had reportedly anticipated significantly lower costs by going prefab; up to 75 per cent of the construction costs were still incurred on the site, covering trades, crane operators, and inspectors.

It is understood the restricted size of the site also contributed to greater cost outputs, with considerations around the optimal size of such developments seen as critical going forward.

A representative of Pankow Builders confirmed the project was being viewed as a research and development initiative in a market still relatively new to Northern California.

The decision to source the modules from China rather than local US suppliers was in part due to the fact that many local suppliers were experiencing order backlogs.■