“We see modular building as a great opportunity to deliver a better building process for our education clients,” added Rendine Constructions General Manager Michael Thornton. “It will allow them to focus on the children’s education with less disruption to their schools’ operation. We are working with Victorian School Building Authority’s (VSBA) program manager Nick Strongman of Sensum to deliver our first design and construction permanent modular building at Tate Street PS for the Victorian Building Authority.”

Tate Street Primary School in East Geelong features a volumetric modular classroom construction and operable walls to allow for open plan and collaborative teaching. It has been designed to be aesthetically integrated with existing school buildings and surrounding landscaping; and it does not have the appearance of a modular building.

The project is based on volumetric modules that are transported to site for final fit-out, connection to existing buildings and completion of external elements. Materials include Matrix cladding, pre-finished fibre cement sheet, steel frame and timber walls.

Thornton confirmed the project took 200 days to complete, from design concept through to completed construction. A traditional building method would have taken an estimated 24 to 36 months.

“A key challenge for the team was buildability; transforming a traditional building and making it modular. The team was challenged to adopt forward thinking principles and consider a number of factors: how to incorporate lifting points into the structure; how to create a structure that gives you the flexibility for an open plan, but would also be rigid enough to transport (bracing).”

“While traditional building provides the flexibility to make alterations throughout the construction phase, modular building demands finite planning of the completed project from the outset. A simple design error can easily cascade into a major issue in something akin to a domino effect. All details need to be considered on a one-to-one scale, thus connection detail needs to be designed, considered and resolved prior to construction commencing.” 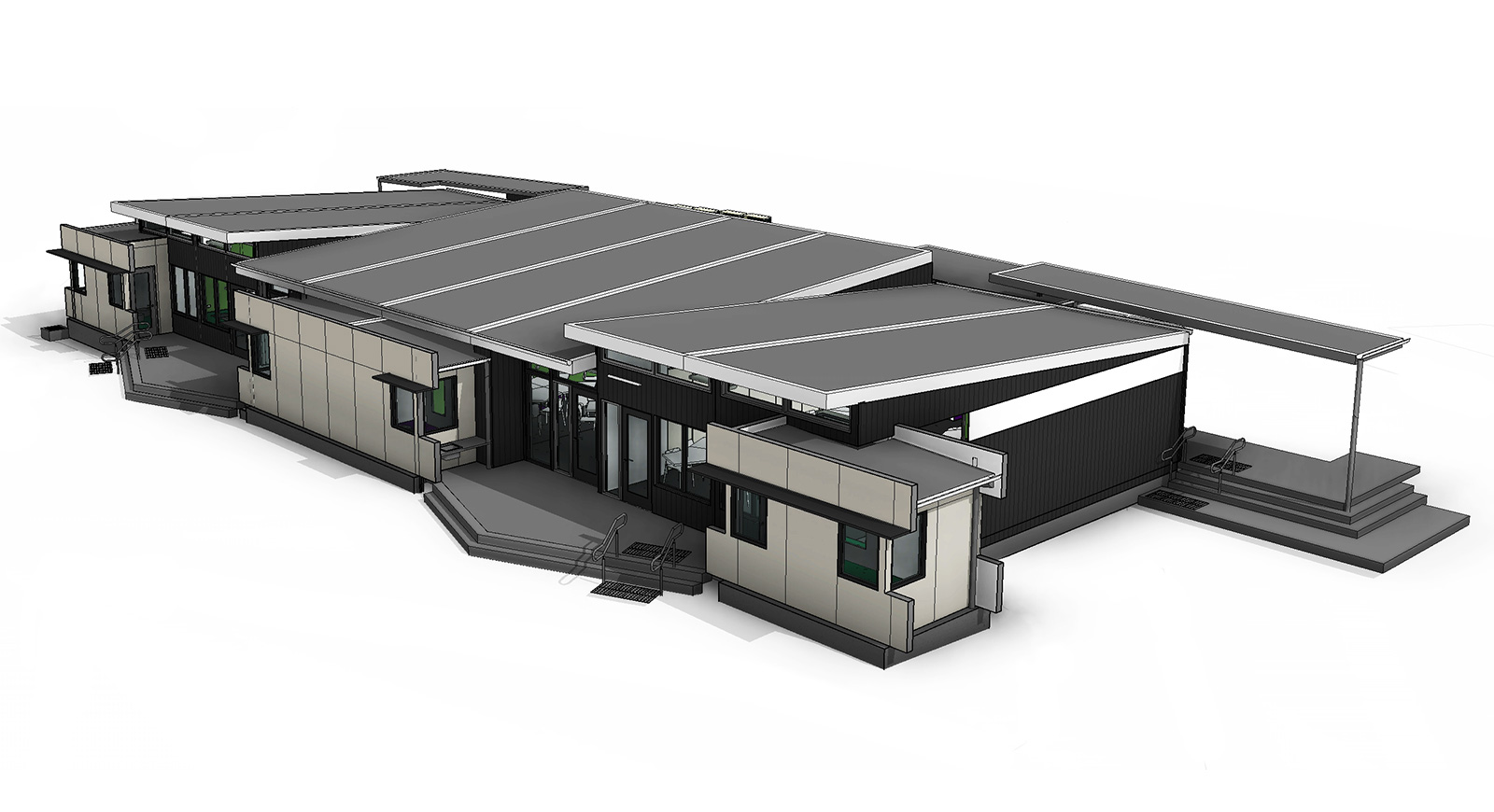 “We have tackled modular building as a manufacturing process and engaged people with this background. On our team are a mechanical engineer from the automotive industry and a draftsperson from the steel fabrication industry.”

To complete its inaugural modular project Rendine initiated production in an open air facility, Thornton confirmed. However, as the only traditional, commercial builder to be included in a shortlist of 10 to deliver projects for the VSBA over the next three years, Rendine is now in the early stages of designing a purpose built manufacturing facility.

Thornton confirmed the facility will have the capacity to build or house up to six modules simultaneously. Equipment will include lifting and materials handling equipment; a 10-15t gantry crane, hoists, lifting aids, materials storage racks, assembly jigs, modules building and transportation carts.

The design function will use Building Information Modelling (BIM) technology, allowing collaborative production of architectural, engineering and construction information to improve industry intelligence and streamline processes. Further investment will be made in 3D BIM Software Technology to produces construction and shop drawings

Rendine Construction’s modular venture will employ and train a new workforce; 19 skilled full-time positions over the next three to five years.■