The home’s construction time was significantly reduced through the use of a solution from modular designer / builder Modscape, which received an approach from the project’s clients following initial work on the design with architecture practice Fox Johnston.

“One of the reasons architects are becoming interested in modular is that the cost can become prohibitive for a residential build using a conventional approach.” “Documentation is critical of course. There has to be a high level of design integrated into the project from the outset. The earlier we can work with architects the better.”

“There are some other considerations too, such as being aware of certain dimensional limitations from a transportation point of view,” said Gyrn. “Another key factor in a successful outcome is to make the modules ‘disappear’ in the final build, through the detailing and the treatment of joins and connections.” 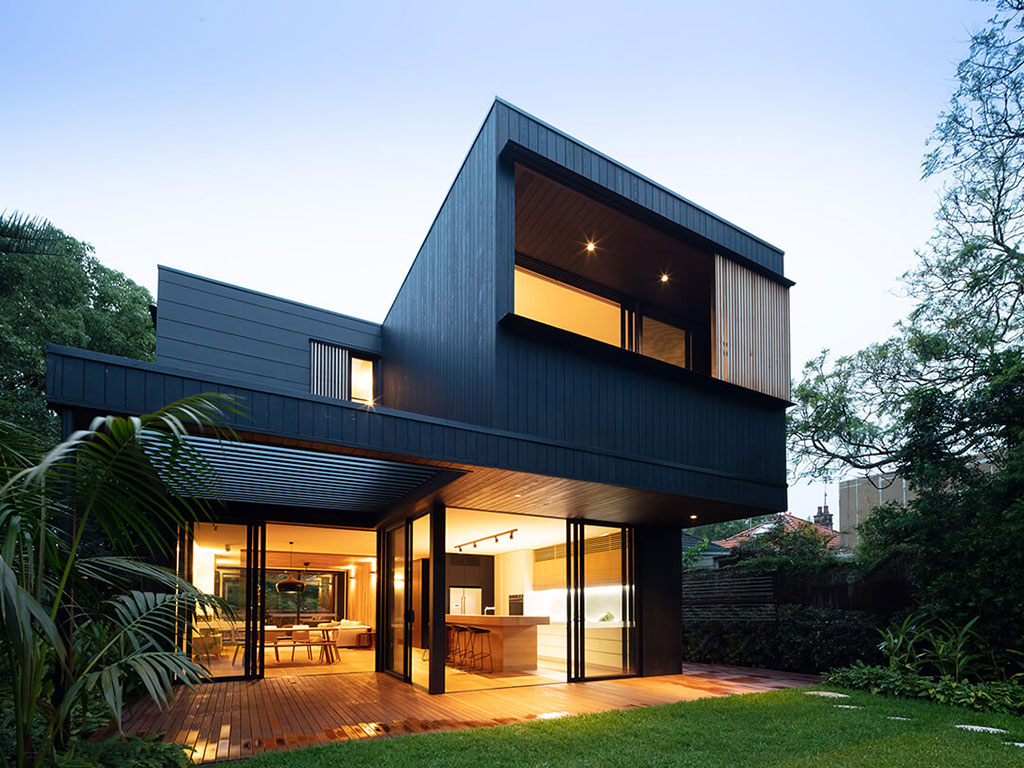 “From the clients’ perspective, being able to occupy the home so much earlier than a conventional build would allow is obviously a huge benefit.”

The house was constructed in 12 weeks in Modscape’s Melbourne factory and transported in eight modules to site in Sydney. Six weeks later, the onsite works were complete.

The result is a home that successfully meets the client’s brief for enhanced connections between indoor and outdoor spaces. It also embraces passive design, with natural light maximised where possible; moveable timber battened screens that articulate the façade while helping to prevent solar heat gain, are a key feature. Windows and skylights have also been built into the design throughout the home to maximise light and encourage natural cross-ventilation.■