With the build originally planned to rise to a height of 81 metres, the team behind Mjøstårnet decided to increase the building’s height, meaning the shape of the wooden beams at the top of the building had to be changed from rectangular to rounded. 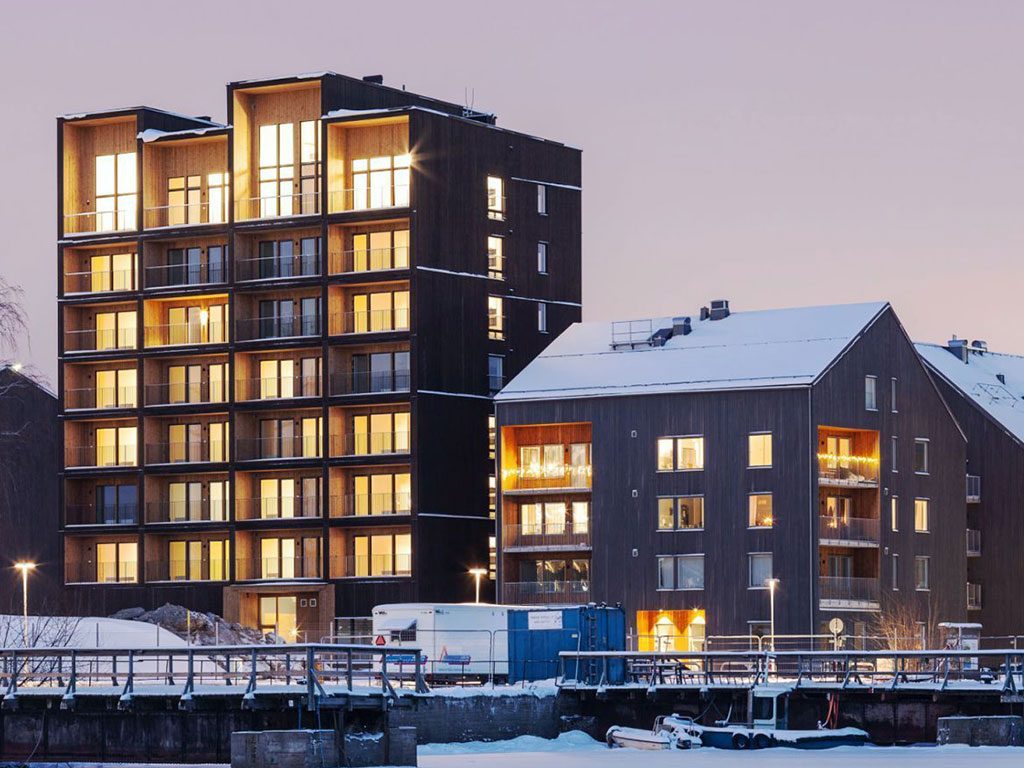 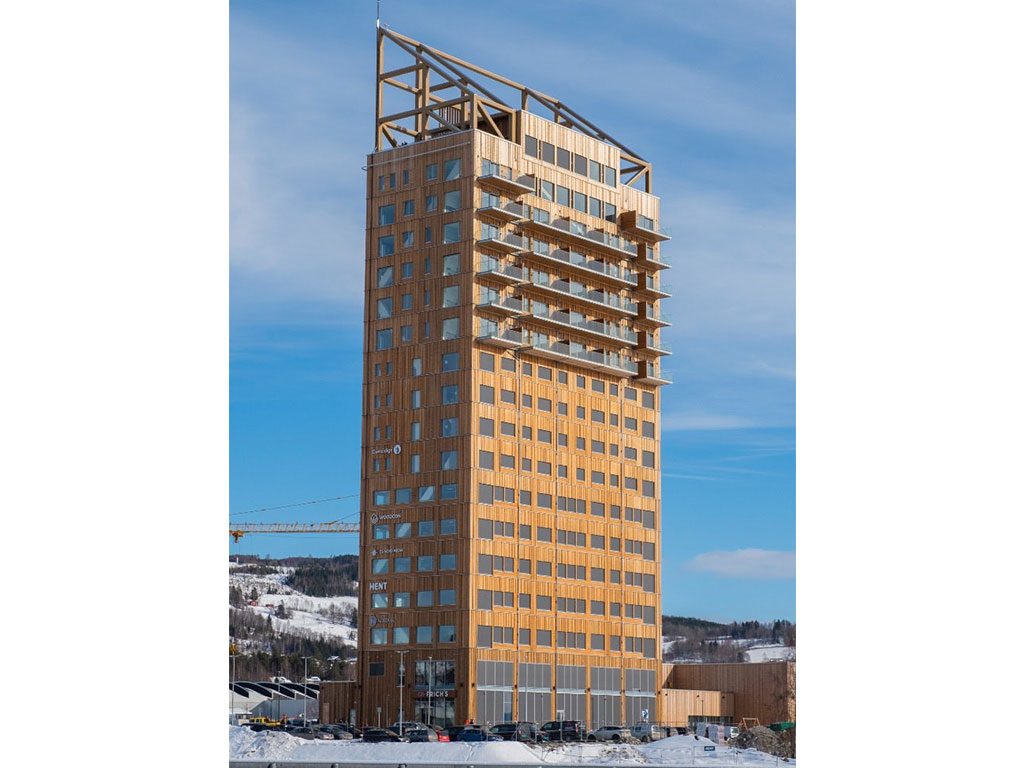 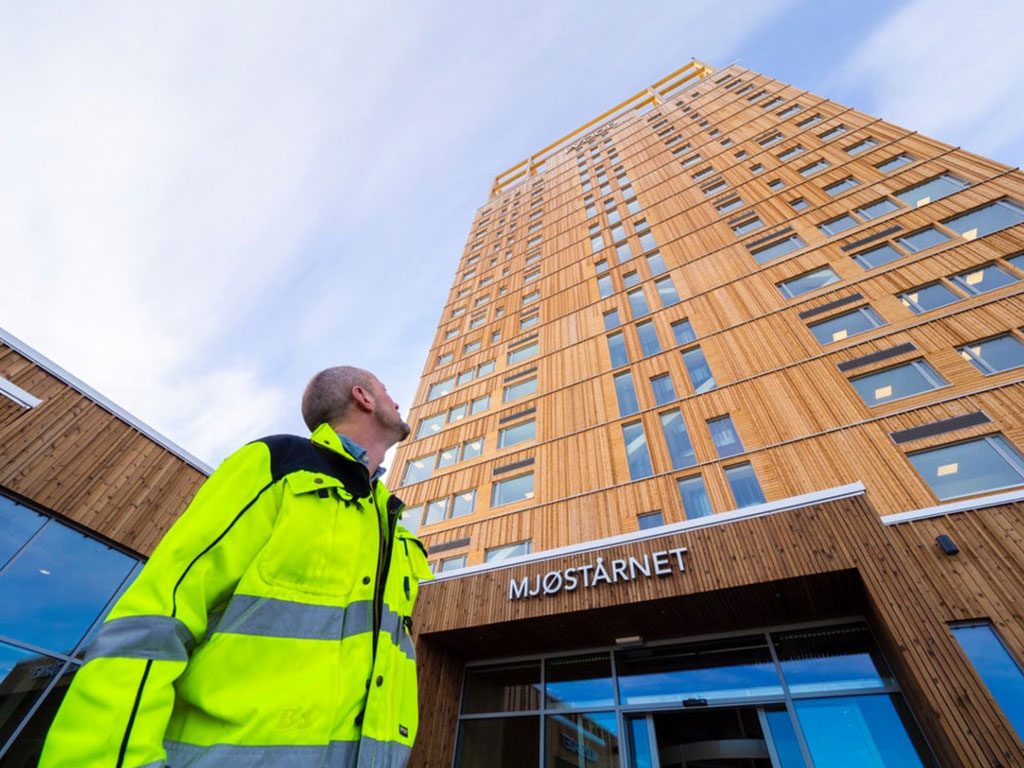 “The force of the wind at the top is moderated by the lower part of the building, and there must be agreement between the two,” says Rune Abrahamsen, director of Moelven Limtre, which was in charge of the build. “By rounding off the edges of the beams, we managed to reach 85.4 m [280 ft]. This principle is known from flag poles, which are round to reduce wind strength.”

Mjøstårnet comprises a total of 18 floors and over 11,300 square metres of floor space. Its interior includes residential units, a hotel, restaurant, offices, and a swimming pool. It consists of glue laminated timber columns, beams and diagonals, with CLT used for the elevator shafts, stairs, and floor slabs.

Preliminary construction work on the project began in April, 2017, and it officially opened on March 15. Meanwhile about an hour from Stockholm in the Kajstaden district of Västerås, Sweden’s recently completed ‘tallest timber’ building is a relatively modest 8.5 storeys high and spans 7,500 square metres. Its walls, beams, balconies, elevators, and stairwells are all made from cross-laminated timber. Each floor took three craftsmen an average of three days to build. The project uses mechanical joints and screws, which means, if necessary, the building can be taken apart at a later date and the materials reused. ■