LEDINEK IN ACTION AT XLAM

A GRANULAR LOOK AT THE PROCESSES USED BY XLAM’S CROSS-LAMINATED TIMBER PLANT FOR LARGE-SIZE ELEMENTS DEMONSTRATES THE ROLE OF EQUIPMENT FROM SUPPLIERS SUCH AS LEDINEK IN SECURING EFFICIENT, STREAMLINED CLT DELIVERY.

XLam has developed a profile as a leading proponent of CLT in the southern hemisphere, in particular through collaboration on ground-breaking projects with high recall construction companies such as Lendlease. XLam’s commitment to furthering knowledge of CLT is widely regarded as an important factor in CLT’s growing market uptake in Australasia.

“The commissioning of the plant and its leading edge equipment has resulted in a total capacity of 60,000 cubic metres a year,” Eastwood confirms.
And the selection of equipment from Slovenian supplier Ledinek – distributed in Australia and New Zealand by Skookum – has been central to what XLam describes as an exponential expansion of its capabilities.

“The equipment selected comprises conventional package feed-in for two to three qualities and a vacuum de-stacking system. With raw material already accurately trimmed, the line has no requirement for a scanner. The Kontizink 20 outputs around 2,500 running metres per hour or, depending on the cross-section, 100 to 150 cubic metres per shift.” 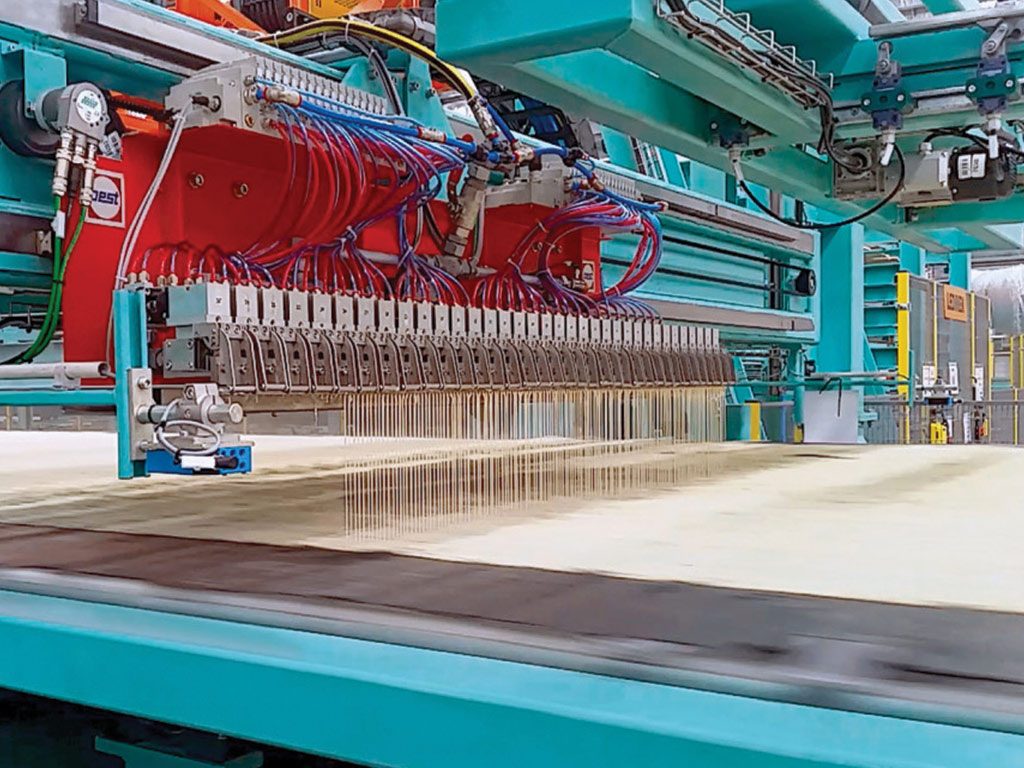 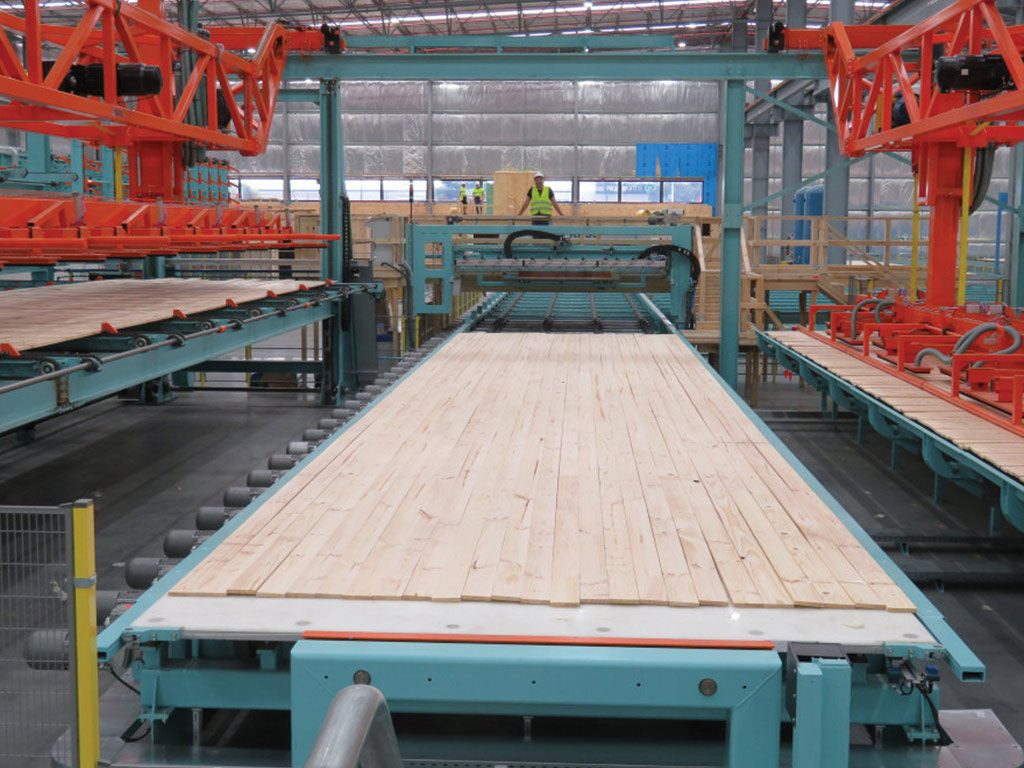 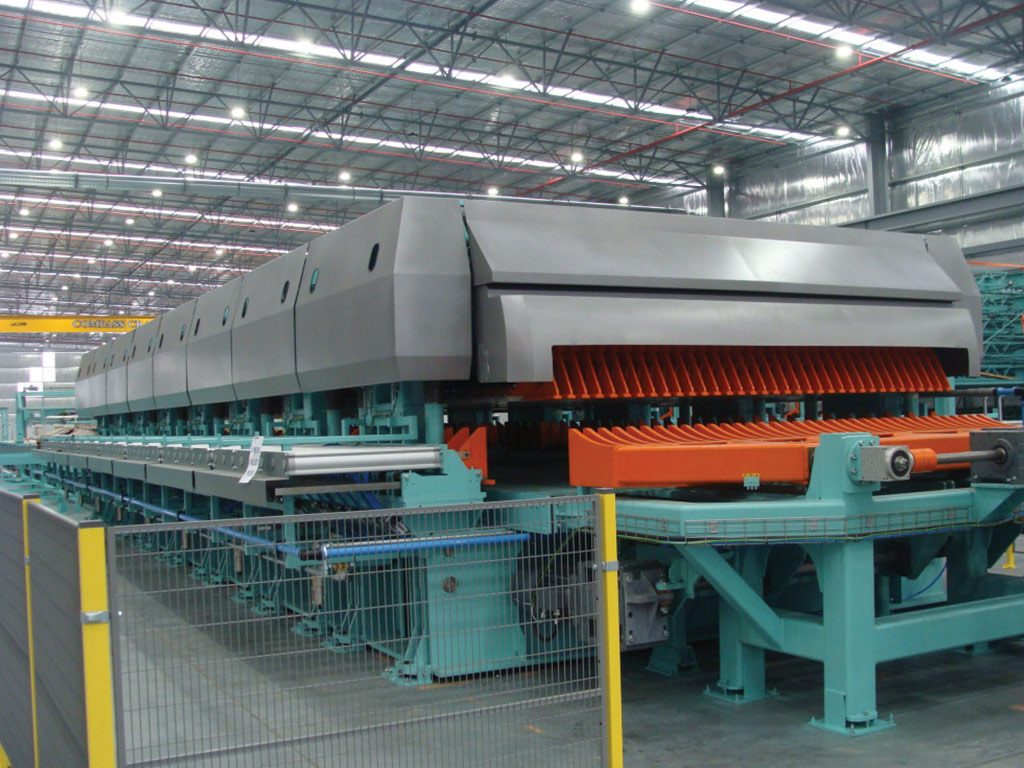 The system also includes a five-level curing tray designed to optimise the curing time of the PU glue. A Multiplan planer with six spindles and a feed rate of 200m/min was equipped with additional horizontal spindles to meet Xlam’s requirements in terms of creating perfect surfaces without the need for jointers. The machine is designed to generate better surfaces for surface gluing; the surface gluing system is provided by Oest.

“Flexible gluing is enabled by the vacuum lay-up unit, which features two lay-up tables and can stack up to 16 panels per shift. A Kontitop dosing system with servo-powered technology, aligned with the Facetac application head and an additional water spray mechanism, creates a system optimised for surface application. The maximum gluing width of the easy-to-service application head is 1750mm, which is half the width of the largest CLT elements to be produced.”

Ensuring that each process in the system is used optimally, the application head is adjusted for every gluing pass to cover half of the gluing width from left or right. The feed rate is 120m/min, and the application volume reaches around 140 g per square metre. Finger-joint glue equipment is also from Oest. The X-Press press is a third generation model and can produce elements of up to 16 x 3.6m.

After glue curing, each panel is automatically conveyed from the press and makes room for the second press table. This allows for fast feeding of a new element, while the pushing device has enough time to push off the panel longitudinally, where buffer conveyors are installed, upstream of the joining system, to ensure seamless production. The system is controlled by the Ledinek X-Lam management system. Ledinek’s user-friendly controls via touch screens enable mobile control using smartphones or tablets.

“A key benefit of the system is that we can tailor the flexible system to customers’ specific requirements,” says Eastwood. “Furthermore, the integration into existing business processes enables optimal automation and effective logistics.”

“With such rapid growth in the cross-laminated timber market in Australasia, our view is that integrated procurement and design solutions are the key to meeting this market growth. Our collaboration with Ledinek at the Wodonga plant represents a working demonstration of this vision.”■