US TECH CONSTRUCTION START-UP KATERRA IS CONTINUING ITS DISRUPTION OF THE BUILDING LANDSCAPE WITH A NEW FACTORY DEPLOYING CUTTING EDGE AUTOMATION AND AI.

The new factory, which opened in Spokane Valley, (Washington State) in September, is the largest such facility in North America. It is highly automated and utilises artificial intelligence for many of its processes. The handling of raw material begins with a sorting machine that uses AI to measure and assess each individual piece of timber. An algorithm then matches up boards, based on knots or other irregularities, to turn them into walls or flooring panels. The result is minimal waste and a “perfectly pressed” product. An on-site kiln is also used to achieve the precise moisture needed for each finished product. 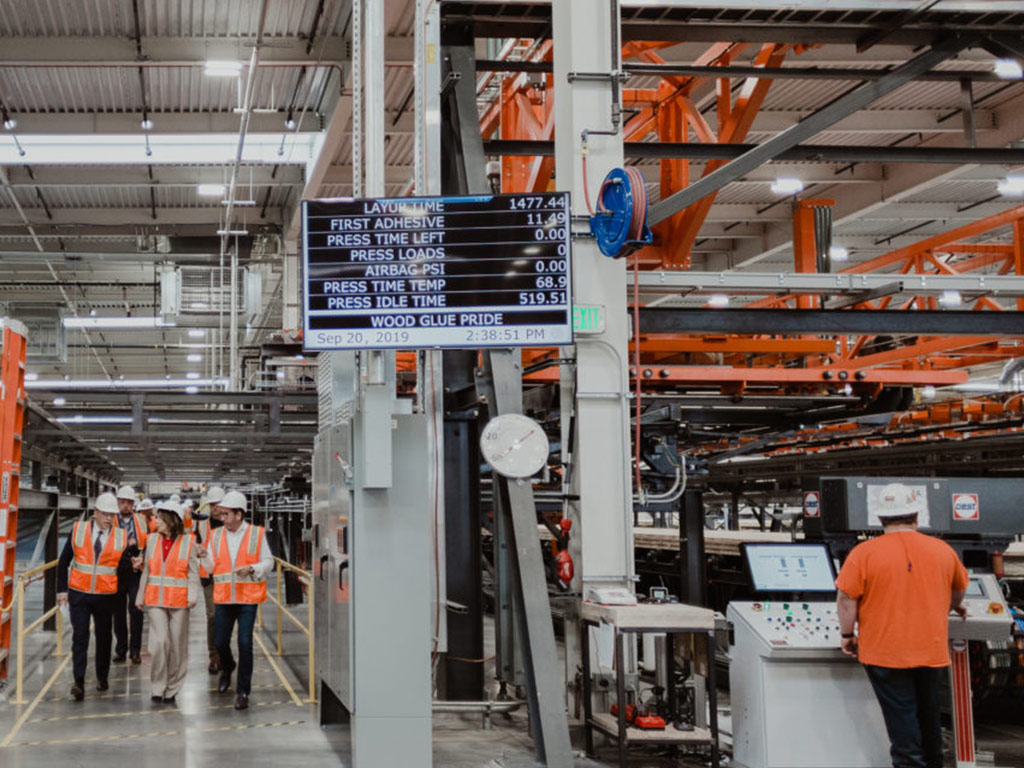 Katerra, which launched in 2015, uses a “kit of parts” methodology to build and assemble building sections offsite and in factories. Its vision is to utilise these pre-assembled parts to build its own structures primarily in the commercial office, student housing and multifamily sectors.

The company’s new facility at Spokane is the latest addition to its collection of cutting edge plants, including one in Arizona, and another under construction in California. It is understood the company also plans to build additional US facilities, including precast concrete factories.■