Boklok, which is jointly owned by Ikea and construction company Skanska, recently unveiled plans to develop 200 homes on the southern outskirts of Bristol in the UK.

The Bristol scheme is part of an ambitious plan to trial innovative offsite housing throughout the city under the umbrella of the five-year-long Bristol Housing Festival. Boklok has confirmed that subject to planning permission, construction is expected to start in northern hemisphere autumn 2020. About 140 of the homes will be for market sale under the BoKlok brand, while the remaining homes will be for social rent and shared ownership.

While the Bristol project is being described as a UK first, it is understood that earlier this year the firm announced a similar agreement with Worthing council in West Sussex, and reports indicate it is negotiating “several land deals around the southwest coast” of the UK. 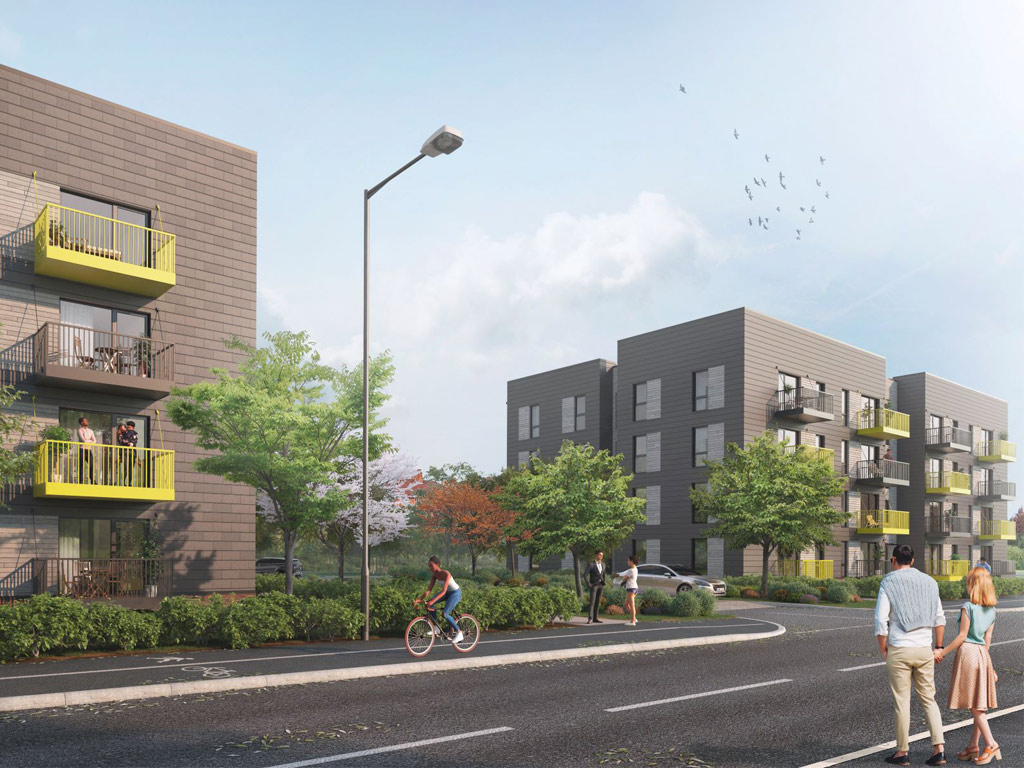 BoKlok homes are assembled from panels that arrive on site in kit form. About 80% of the house is built indoors while on-site construction takes up to four weeks. The approach deploys standardised designs and large-volume manufacturing, with structures broken down into separate modules, fabricated indoors and transported to site for assembly by specialised engineers. Homes are built from timber and steel in quality-controlled conditions and come with a number of standard features, including high ceilings, large windows and Ikea kitchens. The construction materials and design principles utilised enable highly energy efficient and sustainable housing.

BoKlok has constructed approximately 12,000 homes in Scandinavia over the past 20 years.■