The 47,355-cubic-metre factories were built on top of two high rises while they were under construction in Stratford, England, allowing Mace to complete 18 storeys in 18 weeks.

The six-storey factories each weighed 510 tons and were 35 metres wide, 41 metres long, and 33 metres high. Their internal spaces were dedicated a range of uses from materials delivery to facade installation, and assembling sub-assemblies. Other activities included pouring concrete and building and installing prefab MEP systems, bathroom pods, risers, and facade components.

It is understood that the factories were “cost neutral” in that they eliminated the need for tower cranes and increased productivity. The factories reduced the project’s transportation by 40%, and its waste by 75% compared to a more conventional construction site. This project’s “gross value added” per worker was higher than the UK average for construction and manufacturing. 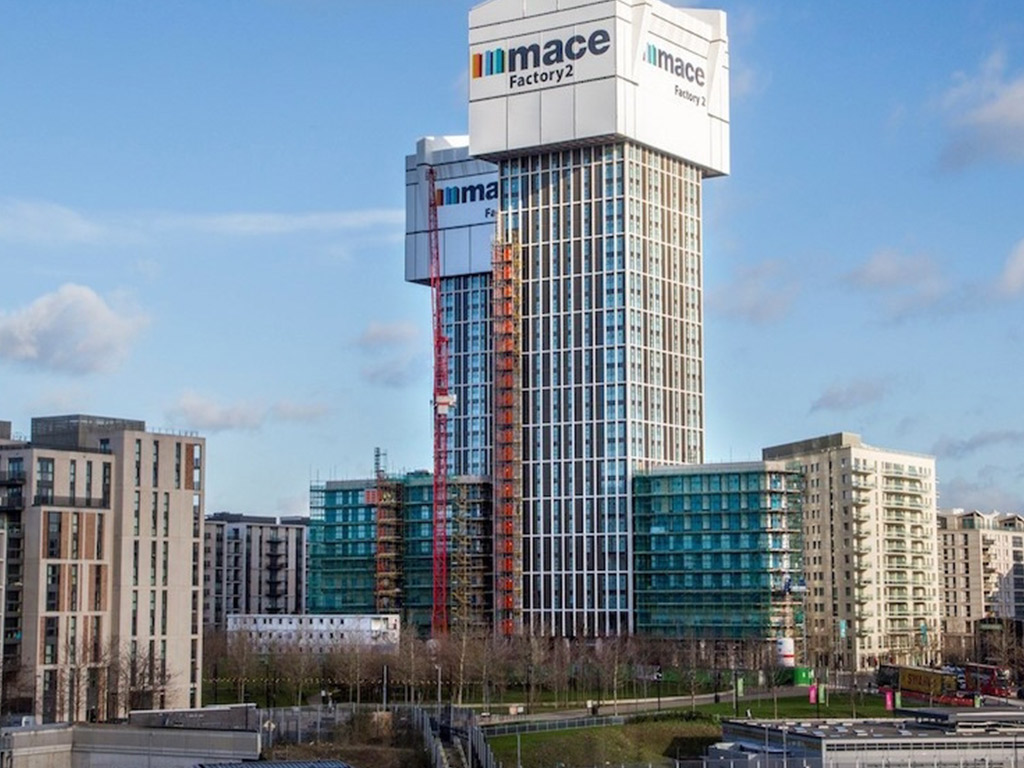 Mace Group is a leading London’s contractor and has worked on the city’s major projects, including The Shard skyscraper, the London Eye and Heathrow Terminal 5.

Mace’s goal is to be “manufacturing” 85% of its projects 50% faster by 2022 via just-in-time logistics and leaner, technology enabled site management. Mace has engaged with modular construction on a number of its projects, and its aim is to increasingly utilise offsite prefabrication, to secure safer jobsites and a requirement for fewer workers.■