THE AUSTRALIAN NATIONAL UNIVERSITY IN CANBERRA IS THE FIRST SITE IN THE COUNTRY TO UTILISE INNOVATIVE FACADE PANEL SYSTEMS FROM TRADEMARKED BRAND CSR INCLOSE.

CSR Inclose, a new business within the CSR Building Products Group, developed the complete facade system for commercial or multi-residential projects; panels are designed and pre-fabricated offsite at its factory in Port Kembla, NSW.

The system is quick to install, with around 200 square metres of facade completed per day. Other advantages include the elimination of traditional scaffolding and versatility of design thanks to a wide range of facade cladding finishes.

“Lend Lease was keen to use a prefabricated facade system as the best solution to use with the CLT structure of the building. We’re also increasingly finding that architects see the benefit of this system. BVN is among a group of architects really leading the way in this regard; they could see that a prefabricated façade provides greater quality control and accuracy to the project. In general architects are becoming increasingly interested in using CLT, and the fact that CSR Inclose is able to keep up with a fast CLT installation is an added benefit.”

“Architects also like this solution because the base system is tested well before the components reach the site, to Australian standards for water and air tightness. Architects can come to the factory prior to install and see that the panels are being built to the tight tolerances we work to.” 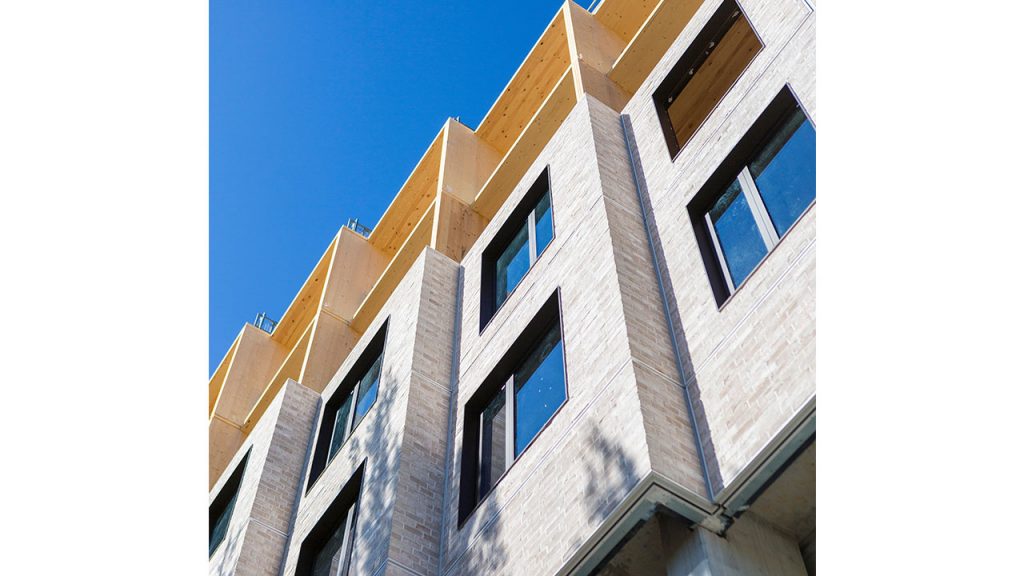 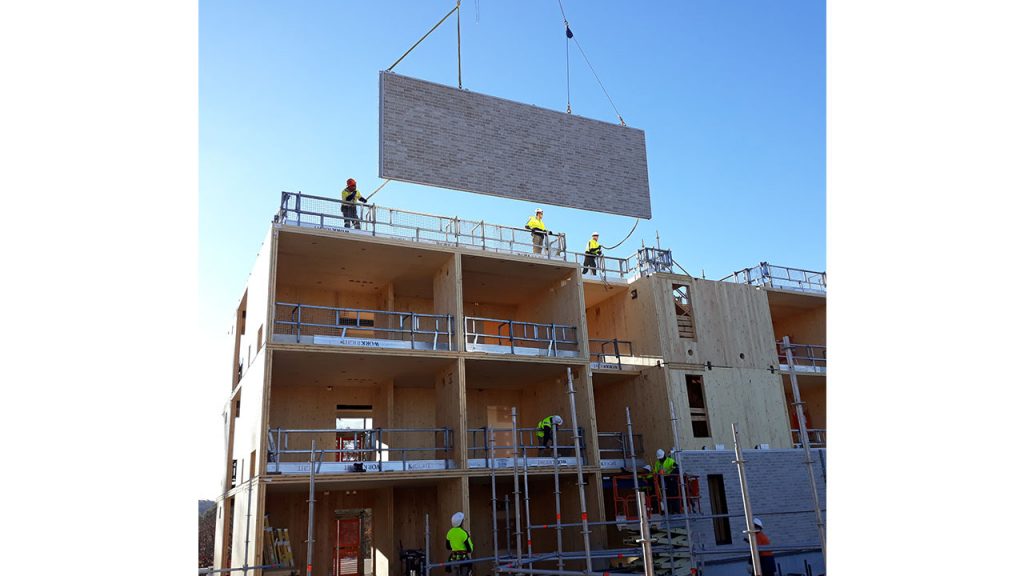 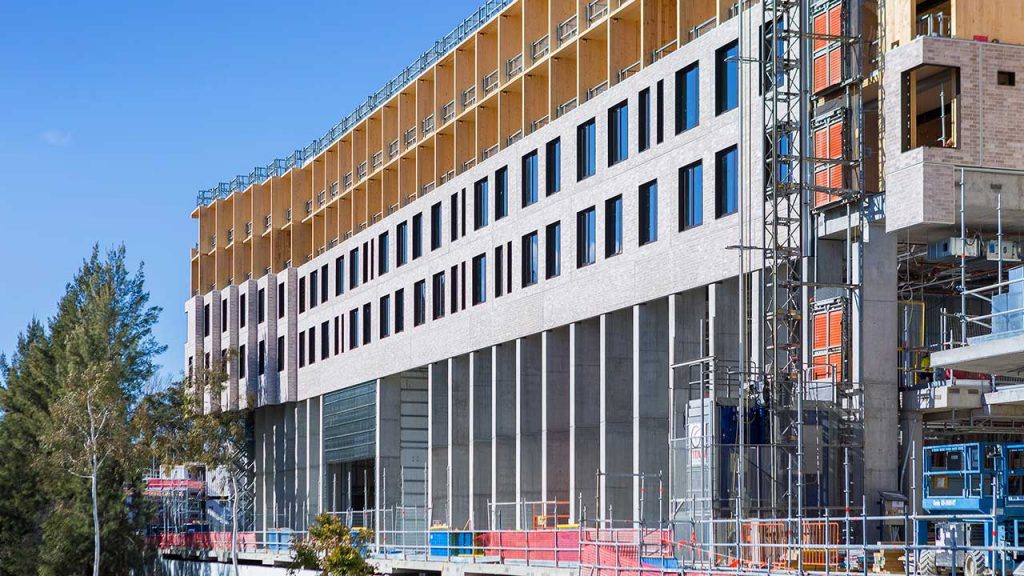 Installation of the project, entailing 6,500 square metres of facade featuring a brick slip cladding and factory installed windows, commenced in June. The buildings will be ready for occupation at the start of the 2019 academic year.

“University and school projects typically have very tight construction programs, with most needing to be completed within the span of the academic year and some, particularly in the schools sector, carrying much shorter programs, often within the school holidays,” said Ferrari. “The sheer speed within which CSR Inclose can be installed is clearly another key advantage.”

Tim Crawshaw, Practice Director at BVN, reportedly added that using the CSR Inclose system brought certainty to the ANU project, not least because the use of a prefabricated facade meant the design had to be completed early with great accuracy.

The CSR Inclose facade system is high-performing, high-quality, quick to install, compliant with Australian standards and has passed testing to both AS5113 and AS 4284.

Its point of difference is a turnkey service encompassing customised system designs, full-shop drawings and panel layouts in consultation with the client.

CSR Inclose has worked closely with US company Island Exterior Fabricators – a pioneer of panelised facade design – for over 15 years in the US market. Combining Island’s expertise with Australian construction industry knowledge, CSR Inclose’s vision is to provide local architects, engineers and builders with a high level of specification and construction security.■