When the Charles Sturt University (CSU) Port Macquarie campus was opened in April 2016, it embodied a new chapter for CSU; it was the university’s first coastal regional campus. With a budget of over $49 million, Stage 2 of the CSU Port Macquarie campus development was undertaken in 2018. This development included additional teaching and learning spaces, laboratories, a new 150-space car park and new student accommodation.

According to Jacques De Bedout, General Manager Design and Marketing, IBSI, “When the campus first opened, CSU discovered that there was a shortage of accommodation for students in the nearby area. In addition, CSU understood that on-campus accommodation was particularly appealing to international students. And so, the decision was made to construct on-campus student accommodation.”

Comprising 14 two and three storey buildings, the CSU Student Accommodation features 570 self-contained, single-bed rooms (each with its own en-suite), as well as a range of common areas, such as kitchens and lounges. The accommodation precinct also houses a student hub, complete with study and recreation spaces and games rooms. 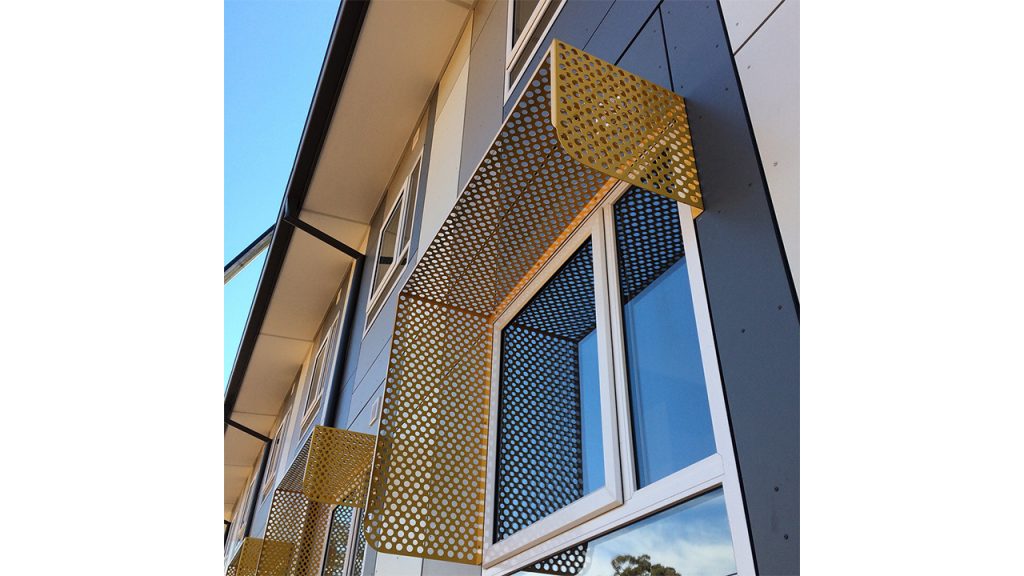 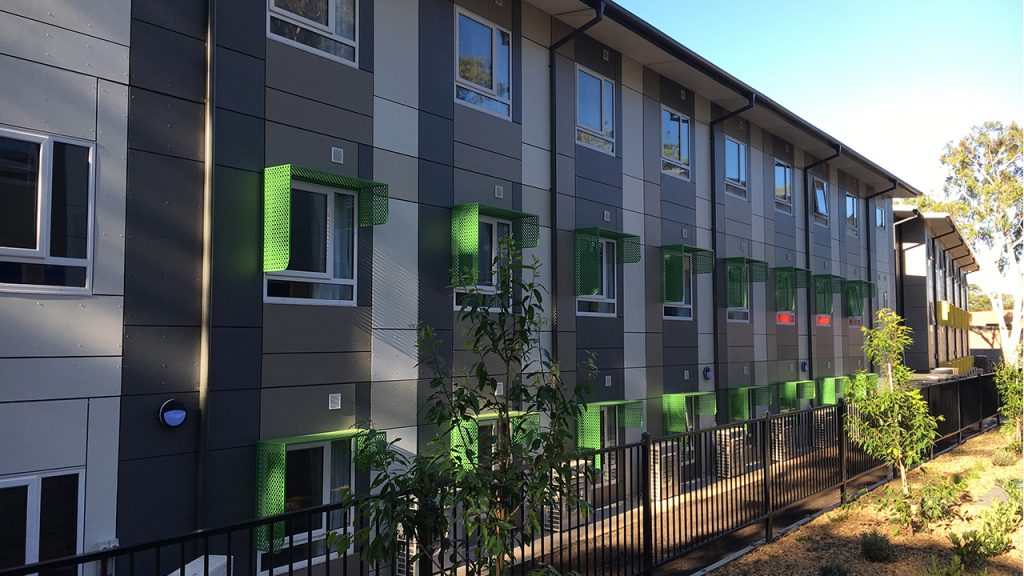 “The CSU Student Accommodation was essentially a small city, built right next to the brand new $49 million campus in Port Macquarie. It was built using modular construction, making it the largest modular student accommodation project ever built in Australia,” says De Bedout.

OVERCOMING CHALLENGES WITH MODULAR
Given that the new campus was already in operation, construction of the student accommodation posed several challenges for CSU, all of which were overcome by modular solutions.

“Construction of the student accommodation could not affect the day-to-day operations of the university, or disrupt students and their classes. Plus, construction had to be completed within a compressed timeframe so that students could move in as quickly as possible. Modular was able to deliver on all these fronts in a way that traditional construction methods could not,”
Jacques De Bedout, General Manager Design + Marketing, IBSI.

“Even though there were eight to 10 buildings installed, there were only about five tradesmen on site, including a crane driver and a couple of riggers. With a normal construction site, there would have been hundreds of tradesmen and utes, and a huge amount of noise and rubbish. At the CSU site, you could still hear the birds chirping, installation was so quiet. Really, the only disruption to the students and neighbours was the closure of the road overnight to enable delivery of the modules.”

DESIGN + BUILD PROCESS
A project of this scale and magnitude required in-depth planning and design, a process that took nearly two years and required extensive Building Information Modelling (BIM). Over 25 different module types were designed and detailed in Tekla software. Tekla was also used to address the fabrication, interface and buildability issues the project faced, such as the landing and alignment connections for quick, accurate and hassle-free erection, as well as the three-storey modular staircases.

Once the design was finalised, the components were fabricated offsite and then delivered to IBSI’s 10,000 square metre factory in Rocklea, Brisbane.

“Once all the components arrived in Rocklea, we assembled each building level by level in our factory, checking quality control and that everything lined up correctly along the way. Once fully assembled, each level was then taken apart, and put on trucks for delivery to Port Macquarie, some 600km away,” says De Bedout.

“A whole fully-finished level would arrive on-site in Port Macquarie overnight. Then, at 7 am, the crane driver would start craning everything into place. By 9 am, we would have a whole level in place and, by the end of the day, a whole building in place. It really was quite a spectacle to see.”

“While the project involved a considerable amount of logistics, and a lot of moving parts, everything fit like a glove, within a 10mm tolerance. That’s the beauty of steel construction – everything is very precise.”

“This project really was a great leap for modular in Australia. When people think of modular, they usually think of flimsy, sub-par construction. This project was a very robust construction. Each module, containing two bedrooms, weighed approximately 10 tonnes. When you walk through the buildings, they feel like a concrete construction. It is a properly, architecturally designed building.”

A CATALYST FOR CHANGE
Importantly, the CSU Student Accommodation project has been a catalyst for change. According to De Bedout,

“Historically, the big four banks have been reluctant to fund modular projects. They prefer to invest in concrete, bricks and mortar.”

“Throughout the CSU project, we educated the banks. We flew their representatives out to our factory so that they could see for themselves that there were 100 rooms built and ready for installation. Only after this did they release payment. Similarly, we then flew them out to the site, so that they could see the 100 rooms had been installed. Then they would release another payment.”

“The project also necessitated a massive education process for various insurance companies. It was difficult for these companies to comprehend that the building would be constructed offsite and then forwarded to another city.”

“This project really was a great leap for modular in Australia. When people think of modular, they usually think of flimsy, sub-par construction. This project was a very robust construction. Each module, containing two bedrooms, weighed approximately 10 tonnes. When you walk through the buildings, they feel like a concrete construction. It is a properly, architecturally designed building.” Jacques De Bedout, General Manager Design and Marketing, IBSI.

“This project has definitely opened a number of doors. Modular construction is beginning to be more widely accepted by banks, insurance companies and clients as a viable, beneficial construction method. Modular is definitely becoming more mainstream.”■ 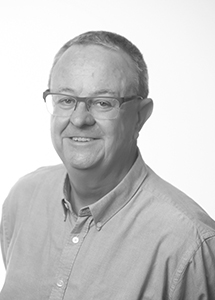 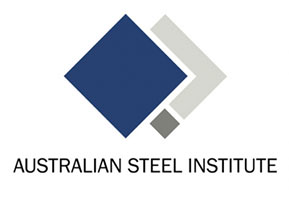