DFMA: “A SINGLE SOURCE OF TRUTH FOR EVERY PROJECT”

EMERGING FROM THE RAZOR SHARP EFFICIENCIES OF THE AEROSPACE AND AUTOMOTIVE INDUSTRIES, THE PHILOSOPHY OF DESIGN FOR MANUFACTURING AND ASSEMBLY (DFMA) IS GAINING GROUND IN THE OFFSITE CONSTRUCTION SPACE. SO HOW DOES IT FUNCTION? AND HOW IS IT HONING THE COMPETITIVE EDGE OF THOSE OPERATORS ADOPTING IT? BEV JOHANSON + BELINDA SMART REPORT.

In the prefab industry, efficiencies are at the heart of every step in an approach to building with an emphasis on manufacturing, where every successful refinement means savings in time or money, or improvements in quality. It seems logical then that Design for Manufacturing and Assembly or DfMA, an approach borrowed from high octane manufacturing sectors such as aerospace and auto, is being adopted by forward thinkers in construction.

An exemplar of this thinking is Melbourne company Timber Building Systems, which produces prefab panelised building solutions. TBS General Manager George Konstandakos spent over 17 years as Engineering Manager at General Motors before moving into construction, and brought his skills and experience
with him.

“DfMA is critical to our operation. We designed our whole plant around DfMA,” he says. Key benefits of this approach include a “short assembly line with very little wasted movement” for example a smart system that enables panels to be built from the bottom up and the inside and outside of each panel to be worked on without the need to flip it over.

DfMA can broadly be summed up as a concurrent design and engineering approach to simplifying products, with a view to enhancing manufacturing and assembly costs and efficiencies. It’s typically used to identify, quantify and eliminate waste or inefficiency in design and is therefore a blood relative of lean manufacturing. Given current market factors, DfMA’s time has arguably come.

“Australia’s prefab manufacturers are typically innovative small to medium enterprises and they have the opportunity now to fast-track the kind of advances needed to address the cost of housing and building generally, such as DfMA.”
Warren McGregor CEO PrefabAUS

As Warren McGregor, CEO of prefabAUS said recently, international competition in the prefab building industry is now a reality. He cited Toyota’s expansion into prefabricated housing in Japan. He said that Australia’s prefab manufacturers are typically innovative small to medium enterprises and they have the opportunity now to fast-track the kind of advances needed to address the cost of housing and building generally, such as DfMA.

Meanwhile at a recent prefabAUS conference, Amy Marks, President of the US based XSite construction consulting, spoke about how it’s imperative for all construction companies to embrace modern technologies and streamlined production methods. She noted that the prefabrication hub now forming across Singapore, China and Malaysia is “like a small Silicon Valley where very innovative companies are setting up shop. They have a global outlook. It includes Australia.”

The independent UK-based membership organisation Buildoffsite describes DfMA in the context of the construction industry, as “a way of working that improves quality through the application of efficiency”.

Seeking to find the most efficient way of delivering a project inevitably reduces the resources required (whether this is measured in cost, time, carbon, waste or labour) while increasing positive aspects such as health and safety, quality, certainty. In other words, DfMA breaks the traditional relationship between cost, quality and time: a DfMA solution can be achieved to a higher quality at lower cost and in less time, the organisation says. 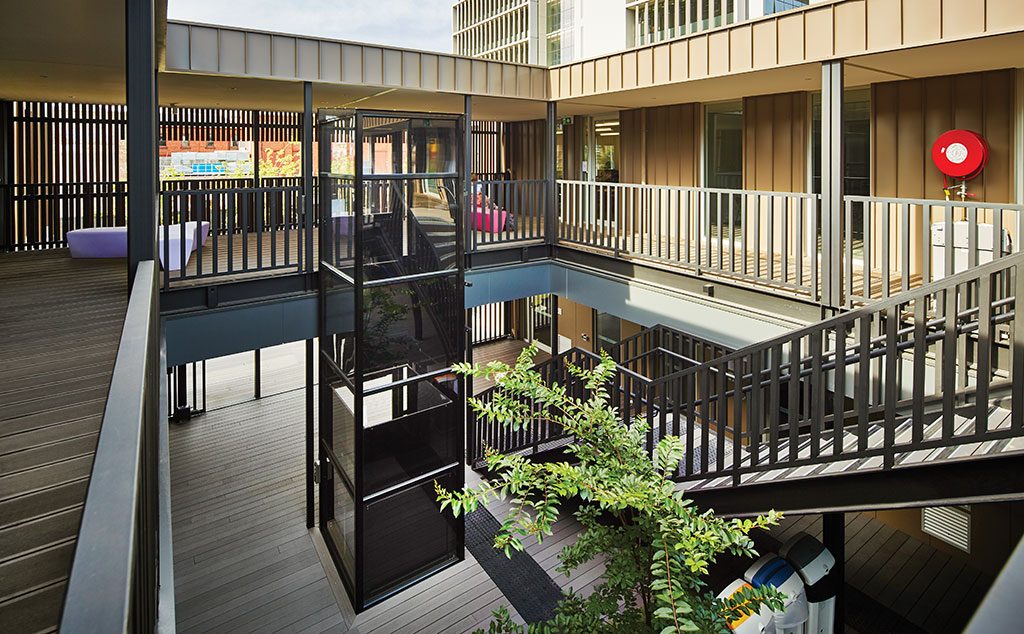 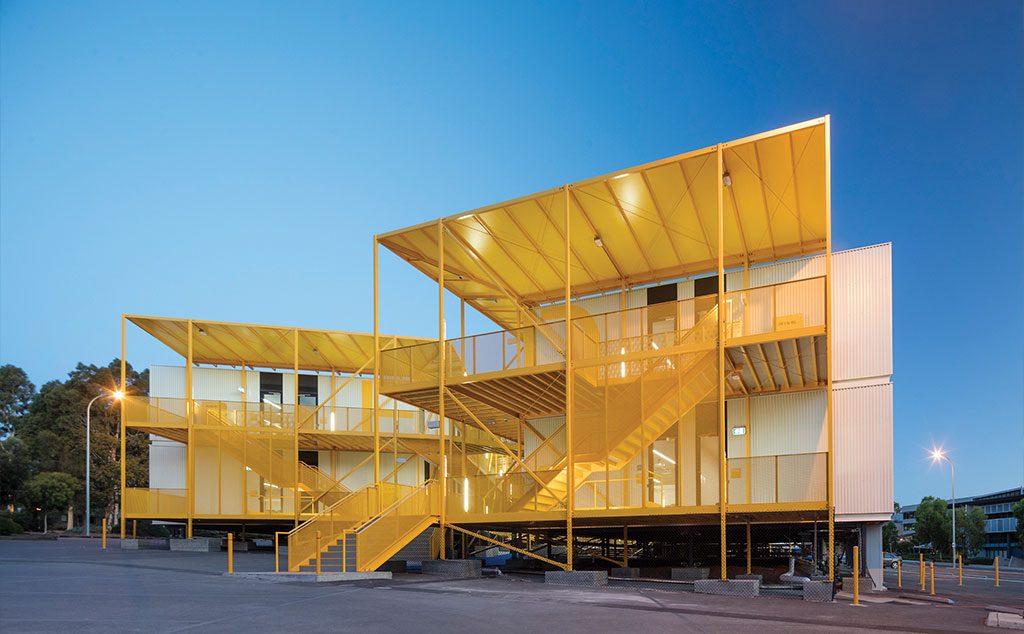 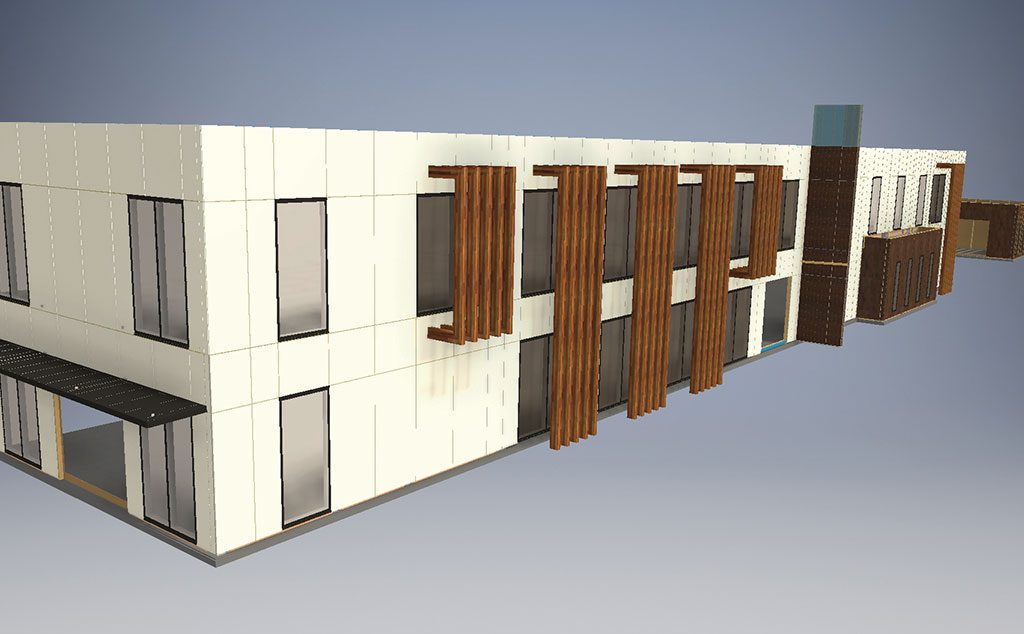 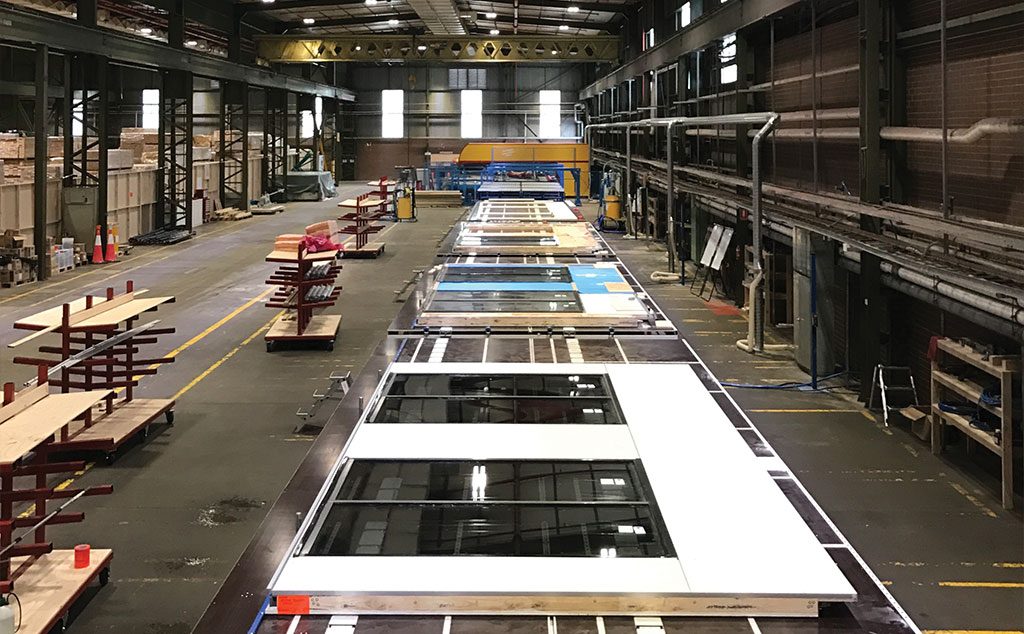 Damien Crough, Founding Director of prefabAUS, has solid form in DfMA. It was a key part of his work with Unitised Building – the group behind the UBTM System – a construction technology that enables developments to be delivered in a fast, economical and sustainable manner – and later Hickory Group, which acquired Unitised Building Australia in 2011.

“At Unitised Building and then at Hickory Group we took a different approach to many other players in the market,” says Crough. “We’d looked at the automotive and aerospace industries to ascertain how their production techniques assemble literally thousands of components with a very small margin
for error.”

“DfMA allows you to look at your manufacturing processes, capabilities and cost drivers. It allows you to select the best materials and processes for that project. As with manufacturing in other arenas, it also often entails detailed prototyping to arrive at a highly accurate solution early on.”

“Once you get to site, it enables efficiency. Your site basically becomes an assembly factory.”

What DfMA allows or even requires is upfront design of almost everything entailed in a project, says Crough. “In conventional construction, the drawings and designs aren’t fully resolved and often need to be fine-tuned on site. DfMA changes that so that by the time you reach site most issues are dealt with. I’d say with DfMA you spend around 30 per cent more time in initial planning and you gain 40 / 50 per cent in productivity.”

“Seeking to find the most efficient way of delivering a project inevitably reduces the resources required (whether this is measured in cost, time, carbon, waste or labour) while increasing positive aspects such as health and safety, quality, certainty.”
Angus McFarlane – Laing O’Rourke

In a recent paper, McFarlane notes that until recently, DfMA’s uptake in construction has been a “partial solution”, used for discrete aspects of a build such as concrete elements or structural steelwork componentry.

“However, a holistic approach using DfMA is now gathering momentum. This process has been facilitated by the availability of high-performance, low-cost, computer hardware and software, which enable the virtual reality models required by DfMA to be efficiently implemented and interrogated by the project stakeholders.”

From Laing O’Rourke’s perspective, there are three key components of the DfMA envelope: geometry, production and metadata.

The 3-D model is also used to produce 2-D drawings, which may be required for non-automated processes such as approvals by statutory authorities, third party manufacture of small-scale items, etc.

Essentially when properly deployed, DfMA means the entire fit-out process, structural, electrical, mechanical and decorative work, can be carried out in a factory, with a high level of quality control and improved overall quality assurance is achieved. 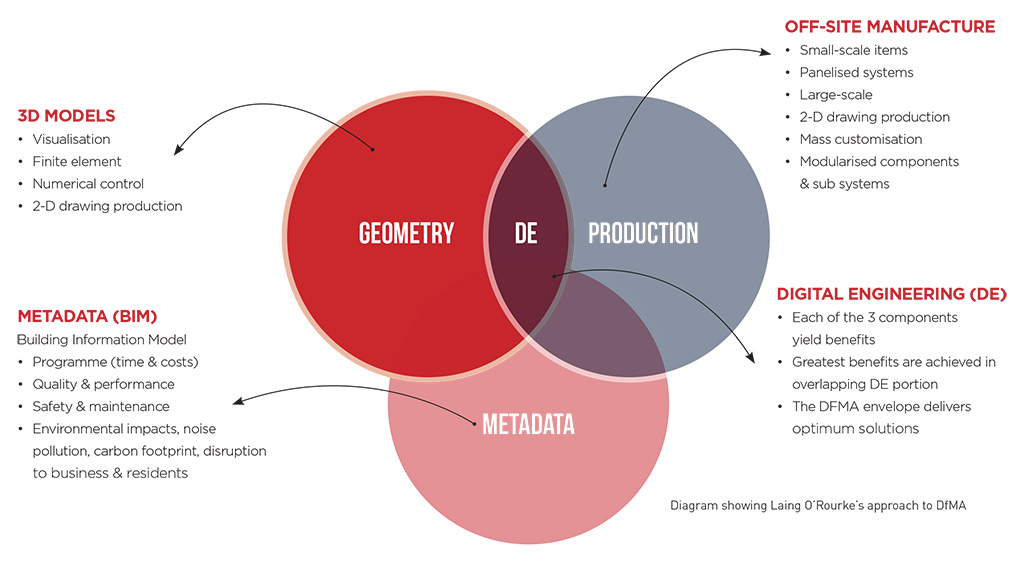 The Metadata Model is a multi-dimensional database, containing all relevant project parametres. This can be used to calculate impacts of time, sequencing, scheduling and costs as well as analysing environmental impacts, such as, carbon footprint, sustainability, noise pollution, air quality and other effects on the environment.

McFarlane notes that DfMA is also being utilised for the planned re-use of buildings.

“Buildings might start as office buildings and be designed to be repurposed as apartments in 10 or 20 years’ time. It really is possible now to unclip them and take them back to factory to be repurposed. It’s all about ease of disassembly and in Japan it’s common practice. Just as with assembly, with disassembly the connections are key; really it’s almost like working with a big lego kit.”

McFarlane is unequivocal about the competitive edge Laing O’Rourke has gained through its deployment of DfMA.

“The benefits are enormous. We’re talking about a 60 per cent reduction in labour on site and an overall reduction of project costs of around 15-20 per cent. There are also huge safety benefits, with accident rates significantly lowered.”

“We’ve been operating in this space for a while but other companies are catching up fast because they can see
the benefits.”

“You do need to change the way you think. There’s a lot more interaction between the design and engineering side with the rest of the project team, in particular the client.

We’re talking about a much more interactive and collaborative involvement from all participants. Another advantage is that members of the public can interact with the project, so it’s bringing a kind of democracy to the construction sector.”

A STEP CHANGE IN THINKING

Andrew Harris divides his time between his role as the Australian director of Laing O’Rourke’s engineering and innovation consultancy, the Engineering Excellence Group and as Professorial Fellow in Chemical and Biomolecular Engineering at The University of Sydney.

He says the Engineering Excellence Group was specifically set up to act as a change agent to drive ideas like DfMA forward. Getting design and construction professionals to change their thinking around how buildings and infrastructure projects are made is a key objective.

“At Laing O’Rourke we approach this challenge in a number of ways. One of them is strong leadership; you’ve got to have clear direction from the top and a culture that takes people on a journey from more traditional thinking to a new approach.”

One of the most effective ways to do this is to take people out of their offices to experience DfMA up close, he says.

“We’ll take a group of people to the Airbus factory so they can see first-hand how it’s done; they can see the system at work.”

“I think there’s a way to go in Australia in terms of utilising DfMA but one thing I’ve noticed in this market is that companies are ‘fast followers’. Once they see the competitive edge that an approach like this can furnish, they’re very quick to catch up.”

“At Airbus they’ve been doing everything we’re talking about for 50 years.”

Harris says trying to think about DfMA in its constituent parts is probably unhelpful. As a holistic system, design inputs around manufacture, assembly and even the transport of various elements of a built form need to be considered simultaneously and within an ongoing “conversation” between various disciplines.

“DfMA enables us to have one single source of truth for every project.” ■