A COUNTRY WITH A STRONG TRADITION IN MANUFACTURING, PARTICULARLY IN THE AUTOMOTIVE ARENA, GERMANY IS IN THE MIDST OF AN INTERNAL DEBATE ON HOW FAR TO GO WITH STANDARDISATION AND THE INDUSTRIALISATION OF ITS BUILDING INDUSTRY. WRITES JAMES BOSTON.

Professor Jurgen Weber, from the Technical University Munich, told an audience at the Bau trade fair held in Munich this January, that the full benefits of pre-fab and modular building will not be realised until a true industrial standard is established.

“We can use prefabricated panels and roofs, but then we have months to do minor details in fitout,” Weber said.

“The connections, the joins have to be produced in a customised fashion; there is no standard to it.”

“There is still a major network of connections to be made, and every time you start a building you have to start
from scratch.”

Weber said that the only way to overcome this was with true industrial standards with standardised handover points.

“Everyone is talking about industry 4.0 and digitisation but it isn’t there yet.”

“All the world is talking about BIM, but our experience has shown that the effort is huge in BIM projects because everything is planned in a customised way.”

“It translates into a major effort. If you are trying to push through a complete change in a 3D model it is not easy either.”

Weber and his team are working on a project to reduce the cost of rentable building space called “Bauen mit Weitblick” –  “Building with a vision” – a modular building block for industrialised social housing”.

“We are looking at standardised multi-storey housing construction by the means of serially prefabricated elements.”

“In automotive for example, in the Volkswagen Golf, they use assemblies and sub-assemblies to produce over 20 different models.”

“The question is how big do our assembly and sub-assemblies need to be?”

“Do we want a sub-assembly which is completely open, or do we have handover points? These are the lines we have been thinking along.”

Weber says each piece needs to be thought of as a complex 3D assembly.

“They shouldn’t be mixed horizontally, but vertically. You can also put them together at length, but then the shafts won’t line up and you have vacant shafts, 0.5 to 0.75 square metres, which again affects the costs.”

Instead Weber points to split level assemblies and uses a Soma cube as an example.

Carsten Ritterbach from Austrian timber supplier Egger says that standardisation is a huge issue which often excludes timber. The company, which sells over six million cubic metres of wood products a year, has developed a timber modular system (using 11.4 x 2m panels) that can be used for anything from small homes to large hotels. 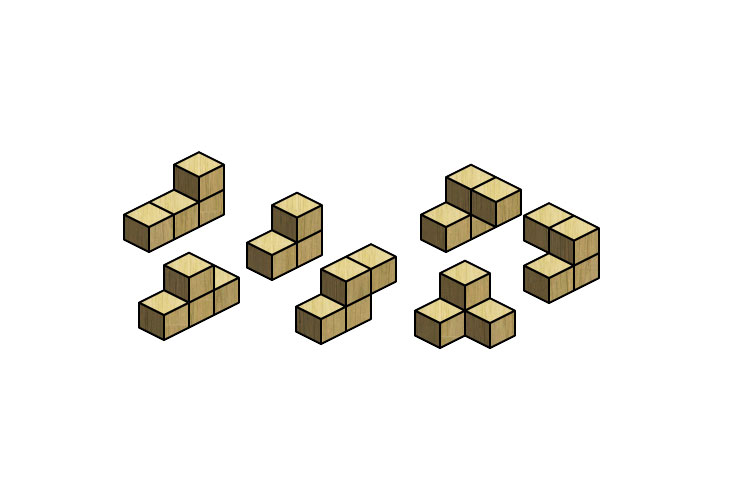 Professor Jurgen Weber, from the Technical University Munich says that split level assemblies are the way towards industrialisation of building. 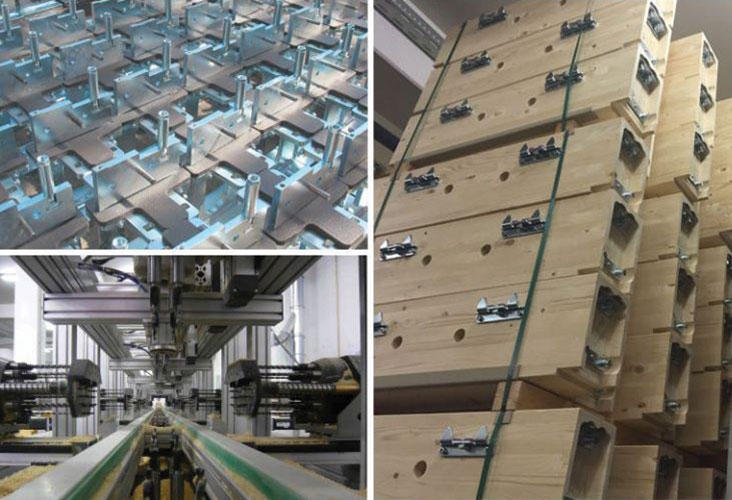 Carsten Ritterbach from Egger says that standardisation is a huge issue that often overlooks timber. 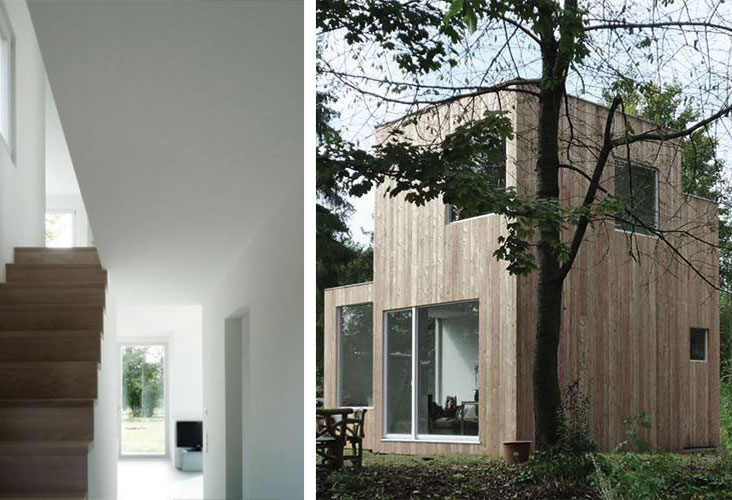 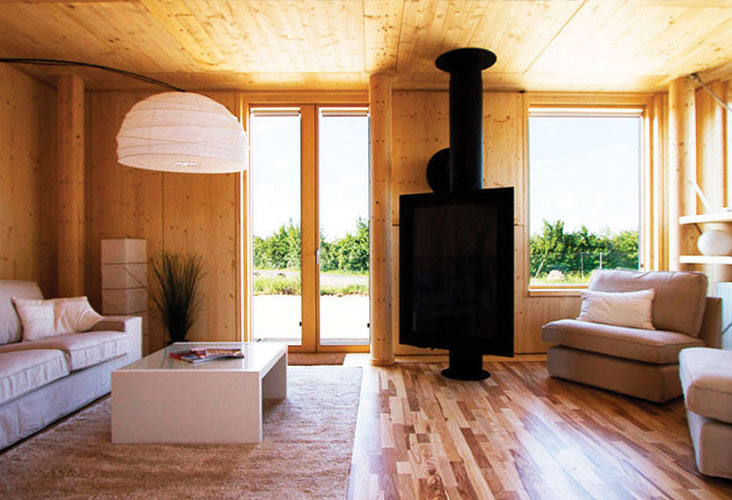 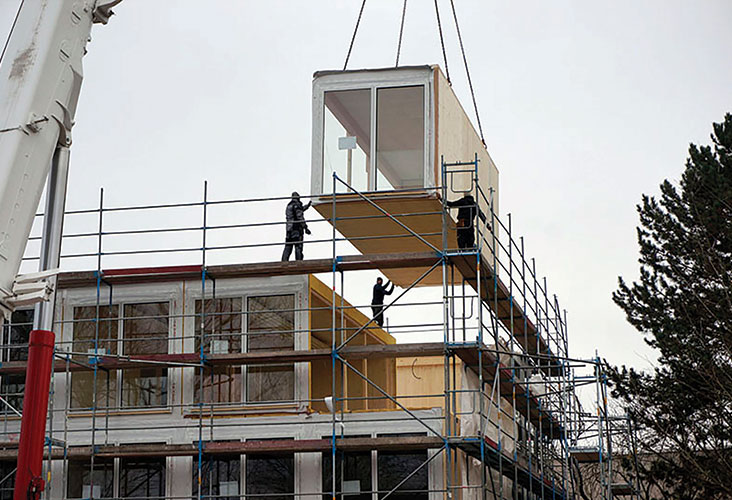 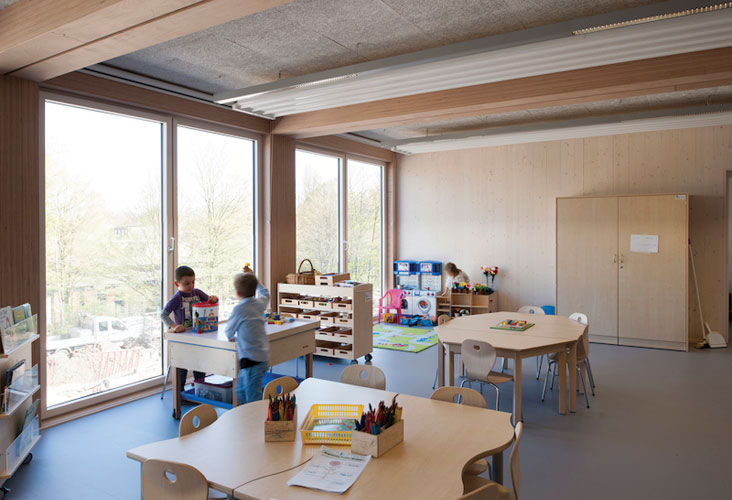 Ritterbach said that in the timber sector there are a number of different components and products and that standardisation could help overcome labour shortages as well as bring down costs.

“I don’t know anywhere in the world where there is industrial production at this time,” Ritterbach said.

“Yes, there will always be difference of facades, interior design, but there can be variation like in automotive.”

“The challenges exist, there are solutions and answers which are out there and already being incorporated.”

“Standardisation is a must, and there is a lot that can be done with modular, but by skilfully using the panels and modules there are different ways you can provide architectural solutions.”

However, cookie cutter projects are not the hope of one prominent German architect with an extensive history in designing for modular and prefab construction.

Andreas Krawczyk, a principal at Kerstin Berganski Andreas Krawczyk, says that he objects to the idea of “Lego systems” that people are pushing as part of the standardisation debate, and that lessons learnt from previous projects show that modular construction projects can be turned into architecture.

“Standardised living does not need to look identical,” Krawczyk said.

“The question is not how many elements can be put side by side, but if you dare to think about mezzanine living, then they can be combined in different ways.”

“Entrances can come from outside, shared hallways are not necessary.”

Krawczyk has worked on a number of smaller and larger modular projects including Haus am See, Haus am Wald and Europaische Schule Frankfurt.

“The building was designed in a modular timber structure and yet it retains a high design level by arranging the spatial units around a spacious and open corridor in different directions. In addition to the classrooms the corridor functions a meeting place for the children and provides different views of the scenery.”

“The vertical access to the building is via three staircases which are emphasized by spectacular colours and thus provide orientation for the children. A lift is integrated at the central staircase.”

Krawczyk said the school was built 20% cheaper than comparative schools and took around two thirds less time
to complete. ■