The ‘Handbook for the Design of Modular Structures’, or ‘Modular Handbook’ is one of the first documents world-wide designed to offer guidelines on best practice for modular construction. Prior to its scheduled release for public comment in May, it has increasingly attracted the interest of industry and sparked a number of burning questions. Here, members of the Modular Construction Codes Board (MCCB) demystify the Handbook’s key ‘FAQs’.

Q: WHO IS BEHIND THE DEVELOPMENT OF THE MODULAR HANDBOOK?
A: The Modular Handbook is one of the activities of the Modular Construction Codes Board, which was formed as part of a grant agreement between the Victorian State Government and Monash University, with the support of industry bodies such as Engineers Australia, the Australian Steel Institute and PrefabAUS as well as numerous industry partners who have generously contributed funding and expertise.

The Handbook is part of a vision, shared by a number of people in industry and academia, to promote best practice and innovation in this emerging industry. Industry partners include module manufacturers, materials providers, engineering firms and building contractors, among others. These partners have had close involvement in the development of the Handbook, in the form of content contributions and reviews. A peer review process has also been conducted with members of industry and academia to ensure that a wide range of viewpoints are represented.

Q: WHAT ARE THE OBJECTIVES OF THE MODULAR HANDBOOK?
A: The Modular Handbook aims to provide guidance to industry on the design and construction of modular structures, by serving as a platform for the sharing of experience and knowledge advances. It aims to fill knowledge gaps and promote best practice, as well as provide confidence to all stakeholders, from designers through to financiers, that this emerging construction methodology is based on sound engineering principles and that the relatively young age of the local industry need not be a cause for concern. It is hoped that the Handbook might assist in bringing about a cultural shift in the traditional construction industry, by encouraging the use of comprehensive manufacturing and assembly approaches from other industries.

Q: ARE THERE ANY OTHER SIMILAR EFFORTS IN DEVELOPMENT AROUND THE WORLD?
A: There has been much published on various facets of modular construction and prefabrication, but the Modular Handbook represents the first instance where such a broad range of relevant subjects, for such a diverse array of intended audiences, have been brought together through an industrial collaboration in one place to form a single, unified source of guidance.

Q: WHAT CONTENT IS COVERED BY THE MODULAR HANDBOOK?
A: The Modular Handbook covers a broad range of topics relevant to modular construction.

THESE INCLUDE:
Structural design: guidance for structural engineers regarding how to approach the design of modular structures, both in their fully assembled form and as individual modules that must be structurally sound during manufacture, storage, transport and assembly. This also includes guidance relating to wind and earthquake design, connections, element design, testing and structural analysis.

Building services, Performance and Amenity: covering a range of building services, including hydraulics, electrical, mechanical and fire protection, with a great deal of practical guidance relating to the provision of services in the presence of the significant discontinuities between modules often present in modular construction. Also covered are fire engineering, acoustical performance and sustainable thermal regulation.

Architecture: an overview of the interplay between architecture and modular construction methodologies, emphasising the importance of a holistic design process with early consultation between all stakeholders. This content also provides guidance on criteria for determining the degree of prefabrication that is appropriate for a given project.

Facades and Materials: These chapters detail some advantages relating to integrating facades with modular components, as well as some practical guidance on successful assembly; material manufacturing, tolerances, quality and certification guidance is also presented.

Durability: This chapter outlines important guidance on the longevity of structures, particularly as it relates to corrosion and material fatigue. These are important topics in modular construction, due to the wider variety of environments that modules may be exposed to in their lifetime, and cyclic loading from vibrations during transport, among other factors.

Transportation, Erection and Temporary Works: These topics represent some of the most significant novelties and considerations that arise in modular construction. The practical experience of many in the industry has indicated that transportation and lifting of modules can be the main drivers of design and can be major factors in the feasibility of the modular approach for a project.

Compliance, Inspection & Verification, Traceability and Documentation:
A thorough treatment of modular construction must also cover topics relating to procedural matters such as Compliance, Inspection & Verification, Traceability and Documentation. These become ever more important in Modular Construction due to the emphasis on off-site manufacture and thus the likelihood of an extended logistical and procurement chain. Ensuring the quality and performance of the completed building or structure will depend significantly on these areas.

Disassembly, Reuse & Recyclability, Relocatable Modular Structures: The nature of modular construction as the assembly of manufactured modules, and the associated detailed design process, creates opportunities to achieve better outcomes with respect to end of life concerns and the possibility of repurposing structures and constituent materials. This can lead to significant improvements in the sustainability of the industry.

Design for Manufacture & Assembly, Digital Engineering and Lean Manufacturing: These topics provide detail and guidance on the philosophies that underpin successful modular construction. It is important that the right mindset is adopted when considering a modular construction methodology, as this does represent a significant departure in many ways from traditional construction. 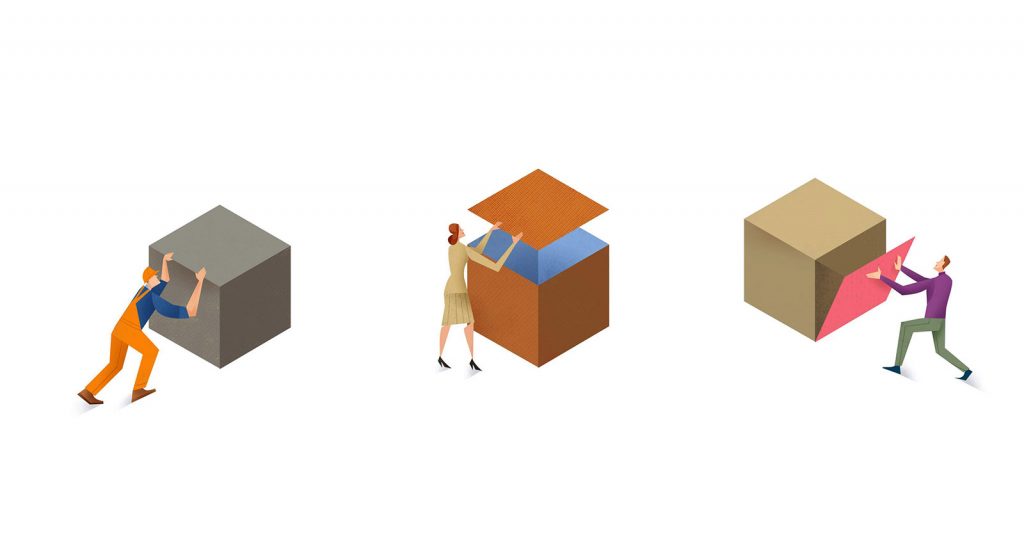 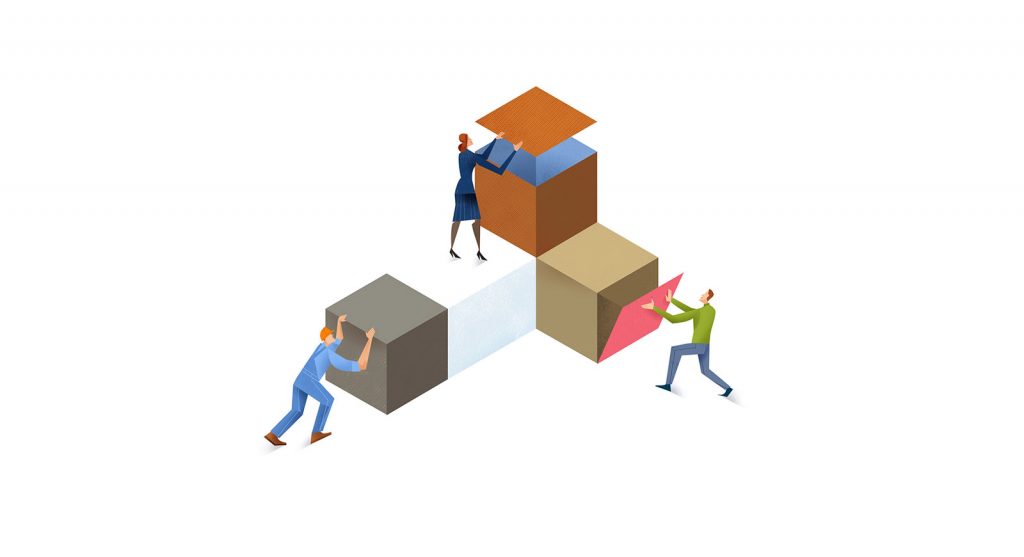 Q: WHO IS THE HANDBOOK’S INTENDED AUDIENCE?
A:The intended audience for the Modular Handbook is not restricted to engineers or architects, but instead encompasses a broad range of stakeholders who have involvement in the various stages of construction project. This is in line with the holistic design principles that underpin modular construction, or more generally construction with the Design for Manufacture and Assembly mindset. This is a philosophy that emphasises integrated design and early consultation with all relevant parties so that the construction is not simply a sequential process with handoffs between discrete stages, but instead is an exercise in concurrent engineering. As such, the audience includes developers, architects, structural engineers, services engineers, financiers, contractors, materials manufacturers, module manufacturers, transportation companies, lifters and riggers, to list just a few.

Q: DOES THE MODULAR HANDBOOK CONTAIN CONTENT RELEVANT TO JURISDICTIONS OUTSIDE OF AUSTRALIA?
A:The Modular Handbook is naturally biased towards the Australian context, by virtue of having been instigated locally with the intention of advancing prefabrication in the local industry. However, it is acknowledged that prefabrication is well advanced in other parts of the world, and efforts have been made to showcase world-wide best practice in this Handbook. Furthermore, despite the local modular industry lagging somewhat behind that in many regions around the world, the Modular Handbook is breaking new ground in bringing all of this wisdom together into a single place. Hence, we expect that this document will be of value to many interested parties outside of the Australian context. We hope that this endeavour will serve to inspire similar efforts to promote modular construction and the general principles of prefabrication and DfMA worldwide.

Q: DOES THE MODULAR HANDBOOK ALSO ADDRESS OTHER FORMS OF PREFABRICATION AND OFF-SITE MANUFACTURE SUCH AS PANELISED OR FLAT-PACK SYSTEM?
A: The Modular Handbook does not restrict its attention solely to volumetric modular construction. Although this is a popular modular form and by some metrics represents the pinnacle of prefabrication, it is not in fact the best option for every project. A large number of factors affect the decision making process when it comes to choosing the optimal modular form and it is very much on a case-by-case basis. One of the chief aims of the Modular Handbook is to encourage innovation and thinking outside the box, with the broad philosophy of Design for Manufacture and Assembly, wherein a holistic and detailed design process results in an optimised sequence of manufacturing and assembly events to form a built environment, with varying degrees of prefabrication. In some instances this may indeed lead to volumetric modular construction, such as where significant time and cost savings can be achieved through the pre-fitting of services and architectural features including internal walls. In other instances it may only make sense to prefabricate smaller elements, such as bathroom pods or precast concrete panels.

We hope to encourage the use of the term “modular” to refer not just to volumetric modules but rather to the philosophy of viewing a built environment as being composed of assembled modular components, whether they be volumes, structural or non-structural panels, beams, etc. Modular Construction would then refer not just to construction using (volumetric) modules, but also to construction of structures that are divided into modular components, which can be manufactured as individual units in their own right. With this mindset, and the appropriate design and procurement processes in place, significant innovations can be made in the way that those modular components are manufactured and brought together. Once again this ties back to the Design for Manufacture and Assembly philosophy that has made such an impact in other industries such as automotive manufacturing.

Q: WHAT HAS THE TIMELINE FOR THE MODULAR HANDBOOK BEEN TO DATE?
A: The Modular Handbook was developed by the MCCB from 2014 through to 2016 and was first presented to industry at a draft pre-launch event in Melbourne in December 2016. This served to raise awareness of the project and receive initial comments. Following this, a peer review process has been undertaken to seek expert contributions and commentary from members of industry and academia.

Q: WHAT IS THE TIMELINE FOR THE RELEASE OF MODULAR HANDBOOK?
A: The first edition of the Handbook is presently in preparation following the peer review process. It is expected that the Handbook will be released for public comment during May 2017. It is expected to be available for free in a digital form (subject to registration).

Q: ARE THERE PLANS TO PRODUCE ANY FURTHER DOCUMENTS OR EDITIONS?
A: It is expected that this will be an evolving document, undergoing many changes and improvements to keep in line with regulatory changes and best practice in the modular industry. Ongoing feedback from stakeholders will be considered, and amendments will be made as appropriate.

Q: WHAT LEGAL STATUS WILL THE MODULAR HANDBOOK HAVE?
A: In the current phase of the project, the Modular Handbook is not intended to have any legal status, nor is it intended to replace or act as an alternative to the National Construction Code (NCC), or any other existing compliance documents such as the numerous Australian and overseas standards relevant to modular construction. The Modular Handbook will act instead as a collection of guidance to promote and encourage best practice and innovation in construction, with an emphasis on modular methodologies. The state of the modular industry in Australia is such that there is presently a great deal of value to be gained in developing this single point of reference for the vast range of stakeholders in this emerging industry, including engineers, designers, architects, logistics operators, manufacturers, contractors, developers and financiers.

Q: IS THERE A TIMELINE FOR THE MODULAR HANDBOOK GAINING ANY LEGAL STATUS?
A: There are currently no such plans, as the focus is on developing the Modular Handbook in its current form and promoting its adoption in industry as a reference point for best practice. It is anticipated that the document could provide much value to industry in this way for some years.

Q: HOW CAN I OBTAIN A COPY OF THE MODULAR HANDBOOK?
A: With the Modular Handbook expected to be released for public comment during May 2017, the document will be available for download from a proposed MCCB website.

Q: WHO CAN I CONTACT WITH ENQUIRIES ABOUT THE MODULAR HANDBOOK?
A: Queries can be directed to queries@mccb.org.au. ■