Contemporary healthcare facilities such as the Victorian Comprehensive Cancer Centre are highly suited to prefabrication.

The greatest drivers for prefabrication in healthcare buildings are accelerated delivery and reduced cost, with safer working environments and higher quality assets also ranking highly. The extent of prefabrication goes well beyond panelised or modular structural systems and covers highly specialised areas such as bathrooms, patient headwalls and service racks.

It’s perhaps not surprising then that a report by McGraw Hill Construction found that healthcare is the leading adopter of prefabrication among all building types in the US where it is used in an estimated 49 per cent of projects. Through analysing productivity metrics including project schedule, safety, cost and quality, the healthcare sector was also found to have the greatest potential to adopt prefabrication as a construction strategy.

A report by McGraw Hill Construction found that healthcare is the leading adopter of prefabrication among all building types in the US where it is used in an estimated 49 per cent of projects.
David Heath, National Technical Manager,
ARC Centre for Advanced Manufacturing of Prefabricated Housing (CAMPH)

APPLICATIONS
Prefabrication enables the development of prototypes and manufacturing to commence in parallel with site activities or in some cases, even prior to site activities commencing. This requires multiple streams to be designed in parallel, meaning effective communication and collaboration becomes critical. Activities that are traditionally sequenced on site in the critical path become parallel activities off-site that are delivered as modules or sub-assemblies. This approach also has the advantage of permitting pre-commissioning to further save time on-site. Bathroom pods, mechanical-electrical-plumbing (MEP) assemblies and patient headwalls may be rigorously tested in a factory environment with easy access and good lighting prior to being delivered to site. This strategy not only improves quality, it also avoids re-work on site.

Prefabrication is a new paradigm requiring a greater emphasis on up-front design, early design freeze and careful sequencing of prefabrication into site activities. Consequently, it is imperative prefabrication is explored as early as possible during design otherwise integrating it becomes too disruptive.

DE-RISKING THE PROJECT
The completion of tasks in factory controlled environments creates great certainty and forms part of an effective risk mitigation strategy. Risk can take many forms such as project schedule creep, safety incidents for workers, re-work requirements due to defects, and cost blow-outs.

Prefabrication offers numerous safety benefits to factory workers. Manual handling tasks are considerably reduced through the availability of lifting equipment and ergonomic aids. Ease of access to activities on a factory floor not only improves convenience, it also lowers the risk of experiencing muscle strain relative to working in awkward positions such as overhead on site. Hospital corridors require the installation of overhead racks for MEP and HVAC systems which become thoroughfares for other site activities. Congestion of different tradespeople may lead to accidents, something that is alleviated by moving activities offsite, such as the manufacture of utility racks for hospital corridors.

The McKinsey Global Institute’s report on “Reinventing construction: a route to higher productivity” reports that on-site accidents result in productivity losses estimated to be equal to four per cent of global gross domestic product each year.

A key advantage of prefabricating components such as patient headwalls is that there is one supply agreement with one contractor for one component and one delivery. While prefabrication commands greater coordination, this is accompanied by improved efficiency and certainty in the project. However, there is a learning curve that must be climbed for those new to prefabrication, meaning some efficiencies may not be immediately realised.

LABOUR SAVINGS
The greater congestion of conventional site-based construction requires careful resource coordination such as trade stacking that hampers productivity. In the case of sub-assemblies such as bathroom pods it is common for up to a dozen trades to be shifted offsite. As prefabrication is extended to other areas of the project such as patient headwalls, MEP and HVAC systems, additional trade activities are transferred off-site. Projects requiring overhead work have greater difficulty and shifting these activities to the factory may increase productivity two- to three-fold, especially when climbing up and down sites to access activities is a consideration.

4D models may be extended to identify the optimal path as well as installation sequence to orchestrate optimum delivery and installation of prefabricated components. Prefabricated elements in the building must fit precisely when delivered to site. Through sophisticated modelling the project may be built virtually to identify problems before any shovel breaks ground on site. This has the added advantage of being able to rapidly investigate design alternatives to identify the optimum solution. However this approach requires a behavioural shift relative to conventional construction, particularly with project planning and to achieve the required level of detail in the model to generate working drawings for prefabrication. The approach will benefit the design from identification of how the project may be divided into components for prefabrication all the way to the optimum installation of prefabricated components on-site. Additionally, the model will serve as an accurate record for asset management and will aid future upgrades and modification.

QUALITY AND SCHEDULE
While there is always a trade-off between quality and schedule for conventional construction, a hybrid conventional-prefabrication model allows the delivery of higher quality in shorter timeframes. Factories offer environments where exceptional quality control may be achieved via certification to standards such as ISO 9001. Improved working conditions in a factory environment – good lighting and ventilation – are also conducive to maintaining high quality standards.

Healthcare projects are particularly receptive to strategies that shorten project schedules. Historically, bathrooms have been snag points in projects that have required considerable re-work which causes creep in the project schedule.

The manufacture of bathroom pods off-site enables testing and therefore strict quality control such that pods are not released until they have passed the relevant standards. This helps to preserve the project schedule and avoid disputes at project completion. Further, prefabrication allows a buffer for production and a ‘just in time’ strategy for delivery to site.

COST
Decisions relating to construction strategies are often cost-based and not value-based. All too often capital costs become a barrier to adoption and depending on the nature of the project, prefabrication may result in cost premiums up to 15%. However, decisions based on direct costs alone ignore the indirect benefits of adopting prefabrication including those relating to reduced project duration. There are tremendous advantages, particularly for the healthcare sector, when facilities are online earlier. Delays become opportunity costs for healthcare facilities. Moreover, value-based benefit/cost studies have demonstrated a net gain for prefabrication.

CASE STUDY: EXEMPLA SAINT JOSEPH HERITAGE PROJECT
The US$625m, 840,000 square feet (78,000 square metres), 360-bed Saint Joseph Heritage Project in Denver, US, is an example of a hospital exploiting prefabrication. The four main elements of the building prefabricated in a nearby warehouse were: patient and administrative bathroom pods, exterior wall panels, multi-trade utility racks, and patient room headwalls. While there were up to 850 workers on the job site, 100 – 200 workers were concurrently working off-site. By incorporating this level of prefabrication into the Saint Joseph Heritage Project it was possible to achieve an overall schedule reduction of 10% or 72 work days. Not only did the facility opening sooner, the compressed project schedule avoided site overheads that would have accrued during this period under a conventional build.

By incorporating this level of prefabrication into the Saint Joseph Heritage Project it was possible to achieve an overall schedule reduction of 10% or 72 work days.
David Heath, National Technical Manager,
ARC Centre for Advanced Manufacturing of Prefabricated Housing (CAMPH)

A comprehensive study on this facility by Antillon, Morris and Gregor titled “A value-based cost-benefit analysis of prefabrication processes in the healthcare sector: a case study” quantified the benefits of prefabrication relative to conventional site-build using the performance measures of cost, schedule, safety, and quality. Bathroom pods demonstrated the greatest impact on project schedule, avoiding delays of up to 2.5 months with 440 units being fabricated off-site. A high degree of finish was achieved and the benefit/cost ratio was calculated at 1.29. 166 multi-trade utility racks (MTRs) were prefabricated in a warehouse 10 miles (16 kilometres) from the project site. Typical MTRs were 25-feet (7.6 metres) long, by 8 feet (2.4 metres) wide and included a cable tray, electrical conduit, lighting conduit, air duct, hydronic piping, pneumatic tubing and drywall (plasterboard). Prefabricated MTRs had a significant impact on the critical path, achieving a benefit/cost value of 1.22. Patient room headwalls were prefabricated in the same warehouse used to build the multi-trade utility racks. A total of 376 units were built with up to 30 being fabricated at any given time. Although a benefit/cost value of 0.93 was calculated the quality of work as considered extremely high. Exterior wall panels achieved a very high benefit/cost value of 1.74 with close collaboration between the framing subcontractor, structural engineer, architect and general contractor being important in achieving this outcome.

Prefabrication added a 6% cost premium to the project due largely to the need to transport completed components to site. However, the overall benefit-cost ratio of 1.14 demonstrated the comparative advantage of prefabrication over a conventional site-build. Prefabrication also improved safety by diverting approximately 150,500 hours of labour off-site, reducing safety incidents by seven. This case study demonstrates the limitations of making decisions based on direct costs alone. The overall savings to the project due to prefabrication amounted to US$4.3 million. ■ 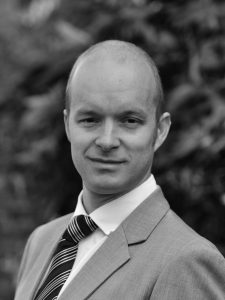