THE IDEA OF DESIGN IS TAKING ON NEW MEANING IN THE PREFAB / OFFSITE SECTOR, WHERE IT NOT ONLY PERMEATES EVERY ASPECT OF THE BUILT FORM AND PLAYS A CRITICAL ROLE FROM INCEPTION, BUT IS ALSO CHANGING THINKING PROCESSES AND DEMANDING HIGHER LEVELS OF COMMUNICATION BETWEEN ALL PLAYERS IN THE CONSTRUCTION ROLLOUT. BEVERLEY JOHANSON REPORTS.

In an ideal world, there would always be perfect communication. Everyone would understand what others were trying to convey. Everyone would see the same thing when they looked at a drawing or a page of figures and everyone would interpret messages, emails and instructions in exactly the right way.

But the world we live in is not perfect. Disconnects and misunderstandings are an accepted part of our daily working lives. We deal with them, but they cost us time and often money and cause frustration. People who operate in the modular sector agree that misunderstandings and “disconnects” would be largely reduced through greater recognition that the design period is the most critical time of the project. This is the time when all decisions must be made, when the role of all parties to the build must be considered, and when everything must be correct. Essentially prefab is a building method that demands exhaustive planning, meticulous and finite design and unanimous agreement before the first cut is made to any of the materials. Once the modules are craned onto the site, only the most superficial aesthetic changes can be made; virtually nothing can be altered, modified or tweaked. Karlie Collis, structural engineer with eastern seaboard practice Northrop, has been chair of the Structural College Board for the last two years. The college is one of eight responsible for the learned society activities of Engineers Australia. She says that the design phase is a critical juncture during which all involved parties need to understand the project and the processes to allow the best possible design outcome. 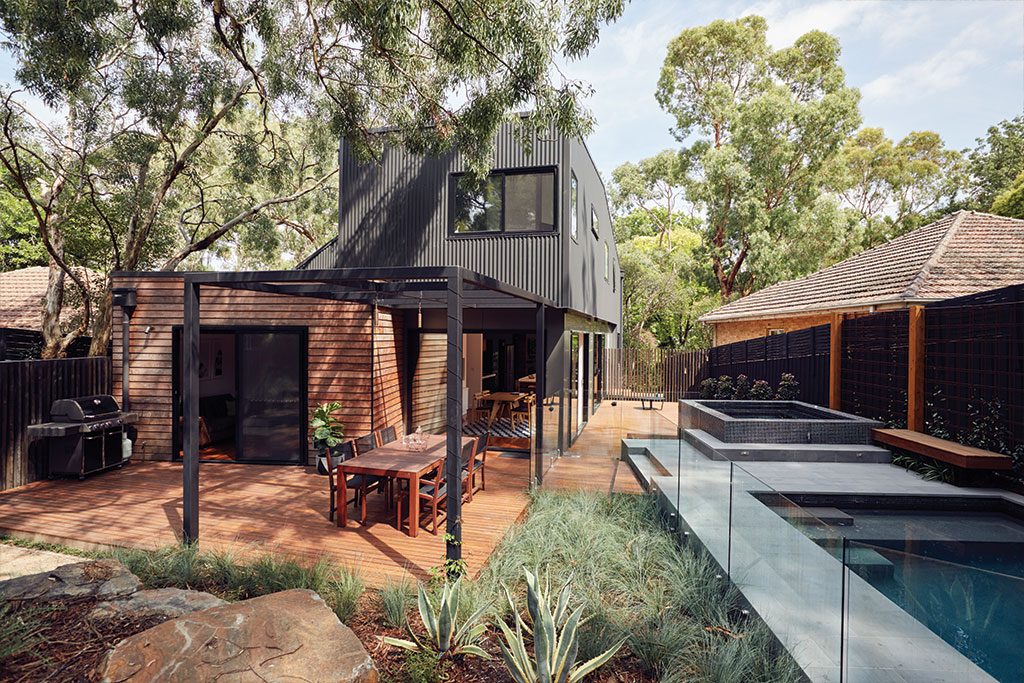 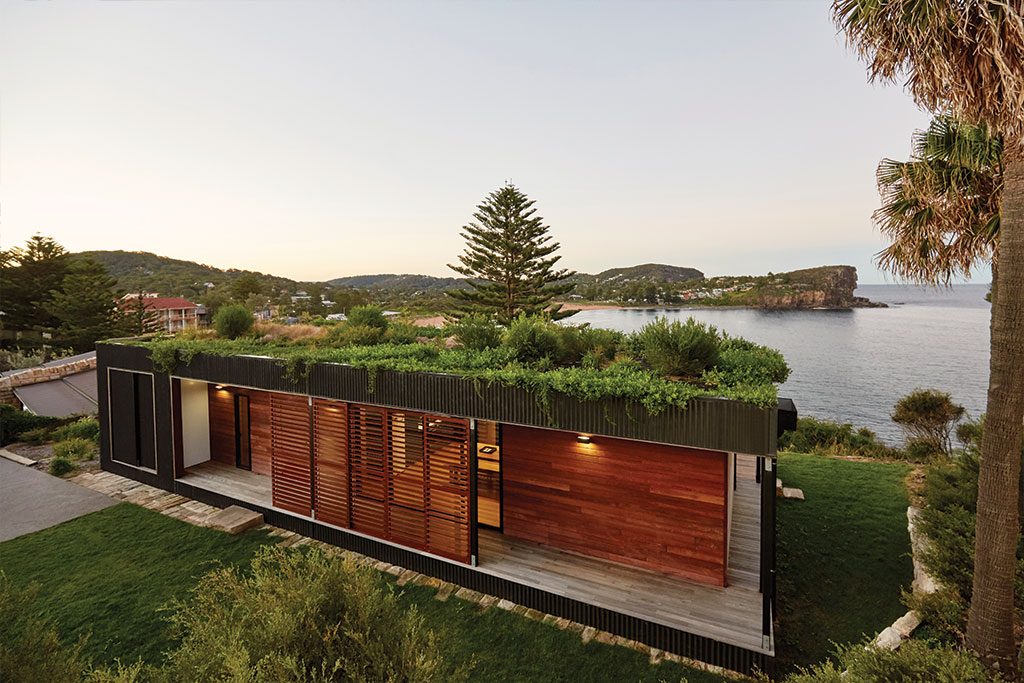 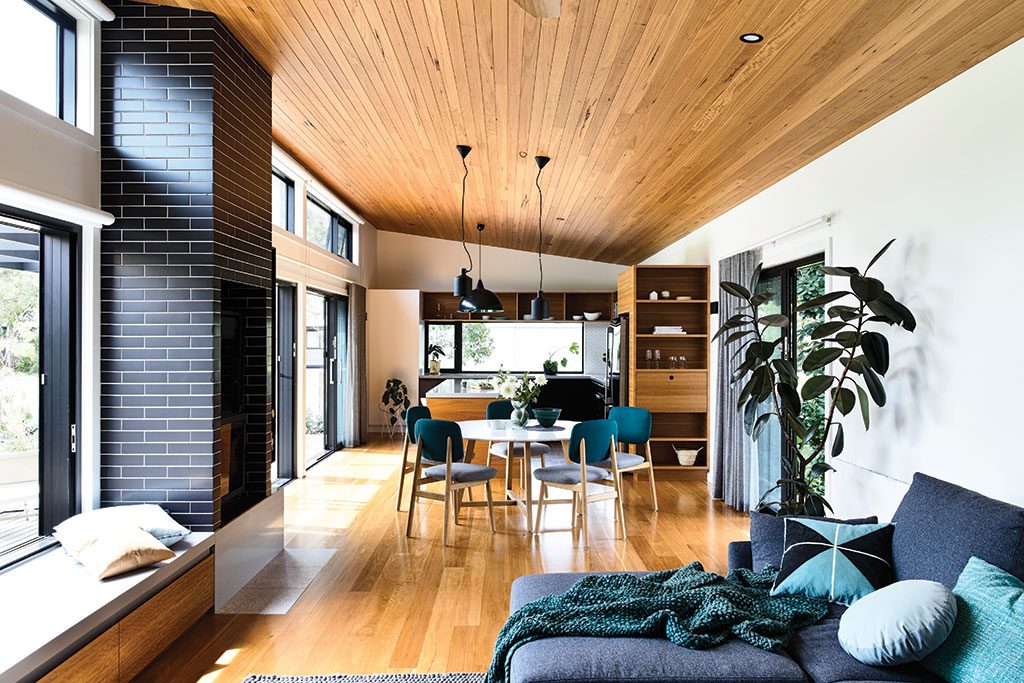 “One of the key factors in addressing the disconnect between the various players working on a structure is that everyone needs to fully understand the restrictions and processes of off- site building and have a full understanding of the individual project”. “The time spent on the design is critical at the front end because you can’t make changes on site”. “This is the biggest lesson that you need to communicate upfront”. “If you want to tweak the design on the building site, you are going to pay a premium and you will lose the benefits of prefab building”, she says. Collis has recently been working on modular classrooms and she says the time savings have been remarkable. “What would have taken 12 months now takes 12 weeks,” she says. “However, there is only a short time to land buildings and connect up services, so design changes in the later stages of the build are not an option. “You have to lock down your decisions and stand by them. You can’t have hangover issues that have to be dealt with on site. “It’s a process that requires great communication and it requires everyone to be on the same page.” John Held, deputy chair with the Australian Construction Industry Forum and architect with Adelaide practice Russell & Yelland, agrees that “having everyone on the same page is a problematic part of the industry. Everyone needs to understand what they are working with.” “Some builders and facilities management teams are realising they can get better results quickly if they put more energy into design.”

“If you want to tweak the design on the building site, you are going to pay a premium and you will lose the benefits of prefab building”
Karlie Collis – Structural College

“Design is a small part of the total cost of a building but, in prefab construction, it is where the most important work is done. Some of the more enlightened industry people are saying that we need to put more in at the beginning of the building.” “There has to be sensible and clear planning,” he says. Held, who works mainly in the education and health sectors, believes that the Government could be doing more to facilitate efficiencies in the construction industry. “The Government has not been pro-active in industry development. Nine per cent of the country’s workforce is in construction, but there is no co-ordinated industry development. We need more in the way of education and clear guidelines from national and state government.” The President of the Building Designers Association of Victoria, Lindsay Douglas, says that most of the prefab companies in Australia have their own designers and their own team, therefore eliminating a lot of the disconnect problems that can happen when practitioners are not used to the process or working with one another. A lot of potential design problems don’t eventuate, he says, because the process of prefab allows for meticulous quality control in the factory. Technology, and in particular refinements to building information modelling (BIM) software, which can span the entire project from concept to occupation, has the potential to play a strong role in helping the smooth collaboration and integration of all parties involved but, of course, only if everyone has access.

A study by Griffith University School of Engineering concluded that BIM can be a catalyst for change as it has the capability to reduce industry fragmentation, improve efficiency, improve accuracy in the design process, lower the high costs of inadequate exchange and use of information and increase communication across the entire project development team, among other benefits. However, uptake has not been high and the Australian firms surveyed by the authors cited the upfront cost of system set-up, lack of awareness, lack of training and resistance to change as being some of the reasons. In the UK, the Government has embarked on a program in which BIM will be used across all “centrally procured” public construction projects. In the housing sector of Australia’s prefab industry, businesses tend to be operated by a small team and designs are done in-house, which allows for a great deal of creative and quality control. Six years ago, architect Bill McCorkell launched prefab business Archiblox after roles that included working with Lab Architecture Studio on Melbourne’s Federation Square, director of architecture and interior design firm Techne,  and a period in the family construction business working with his brother. He says that disconnects and a degree of conflict are inherent in the roles of architect and builder. “Architects are service related people; builders are always in conflict or resolving conflict. If you are a builder, you might be running five different projects. You are waiting for a sub-contractor to turn up which, in turn, is holding others up. He arrives and says that the sub-strata is not straight, which spins off more problems …”

“Design is a small part of the total cost of a building but, in prefab construction, it is where the most important work is done. Some of the more enlightened industry people are saying that we need to put more in at the beginning of the building.”
John Held – ACIF

While working with his brother and gaining valuable experience in the building sector, McCorkell started planning Archiblox, a mainly residential practice building houses with a strong sustainable focus. The impetus for creating a prefab business was that he could manage the clients’ expectations and the build from “contact to completion”. “Building a home should be a joyful experience. Society tells people that there will always be conflict in a build, but it needn’t be that way. We hold the clients’ hand and collaborate with them throughout the entire process. “For me, Archiblox was a chance to manage the whole thing. We don’t always get it right. For example, materials shortages can hold things up, and we want the business to get to the point where we have enough turnover to have a really good relationship with suppliers. We can then operate on lean manufacturing principles. “With the clients, we make sure there is transparency from the beginning and they understand the design, materials, the fixtures and fittings and how they relate to the design.” The business is growing and Archiblox’s innovative, contemporary and sustainable designs are continually evolving. “When I started, I thought prefab, by its nature, had to be limited, but as I go on, I find that is not the case. It’s only limited by our creativity.” Designs are created in a studio in Melbourne’s inner-city suburb of Richmond, pre-fabricated in Laverton, and distributed around Australia. Among Archiblox’s honours is the distinction of being the only Australian architecture firm named as one of Fast Company’s Most Innovative Companies. 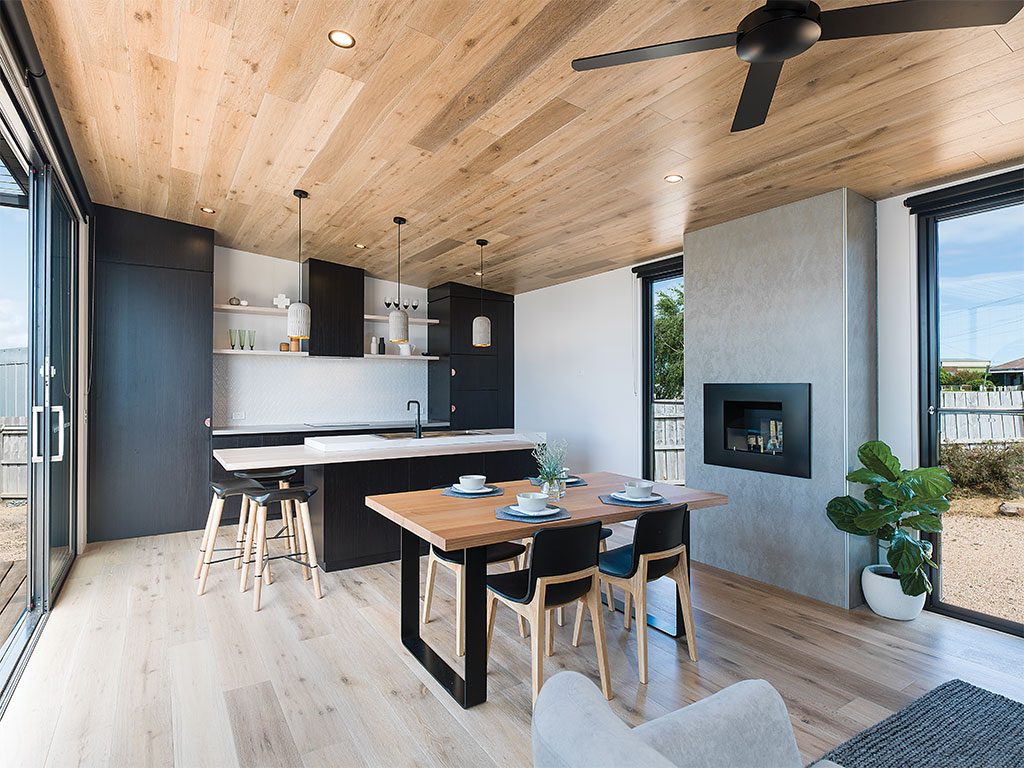 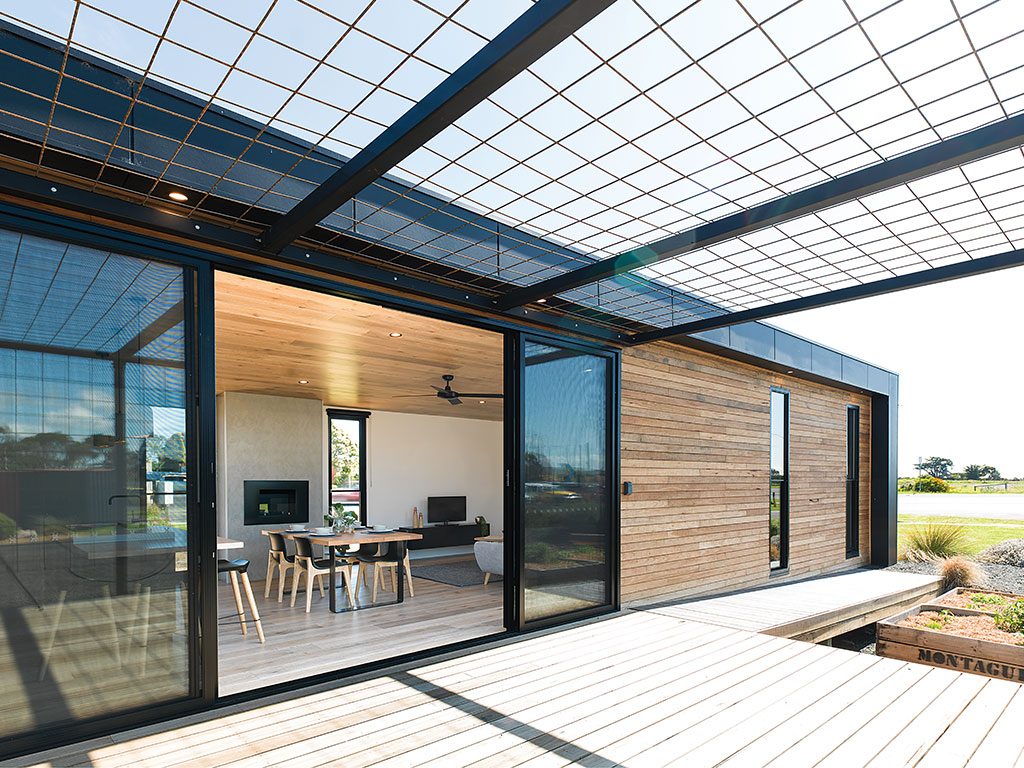 Archiblox has also received several sustainability awards and been inducted into the Victorian Government Manufacturing Hall of Fame. “We create honest, sustainable spaces that people can relate to, using the basic principles of good design such as light, ventilation and pleasing proportions.” Ashley Beaumont of Ecoliv Building and Beaumont Concepts in Wonthaggi has a specific agenda with  the prefab homes  he designs. “We are trying to downsize the housing that people are living in. We are offering the same features as a large house, but not on that scale – a smaller footprint and with a far more efficient use of space. We are using good design rather than space to create terrific homes,” he says. Ecoliv, which opened in 2008, has become known for its sustainable builds and delivers 7-star energy rated houses throughout Victoria, New South Wales and Tasmania. Along the way it has picked up some prestigious awards. In 2014 and 2015 the company won the BDAV award for best house under $300,000; three years in a row, the company won a HIA GreenSmart award.

“When I started, I thought prefab, by its nature, had to be limited, but as I go on, I find that is not the case. It’s only limited by our creativity.”
Bill McCorkell – Archiblox

Double glazing, high-quality insulation and water tanks are standard and the interior materials are low VOC. All timber is plantation certified. “We also do a lot of research into plumbing fixtures,” says Beaumont. Ecoliv designs are characterised by clean lines, contemporary use of shapes and modules and textural interest from wood and other materials. “You are always going to be working with long, skinny boxy modules, but it’s how you treat that design to make it individual that makes the difference,” he says.■